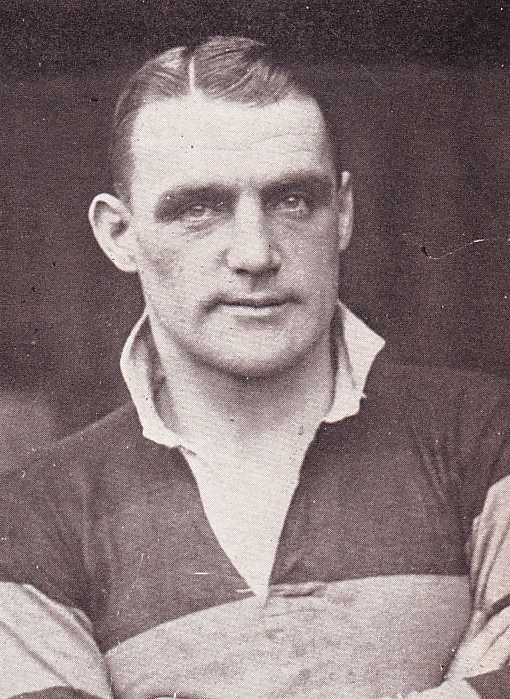 Sam was a local lad and was spotted by City when he was working in a mine in Bradford in Manchester. He had been playing for various amateur teams including Walkden and Stalybridge Celtic, he then gave up his well paid job ‘down the pit’ and signed as an amateur for the Blues in 1918, turning professional a year after and making his first team debut against Bradford City on January 1st 1920.
Sam was a hard but fair Right Back and he stayed at City for 10 years. In 1928 after losing his place through injury he was transferred to Bradford Park Avenue where he announced after five seasons he was retiring from football.
He took up residency as landlord of the All Saints Tavern in Chorlton-on-Medlock, however after two years he amazingly made a comeback with Barnsley, who he helped win the 3rd Division Championship when he was 39 years old.
After retiring from the game for the second time he took a job working in a warehouse in Manchester and lived in a house just a few streets away from his beloved Maine Road. He died after a short illness in 1955 at the age of 59.