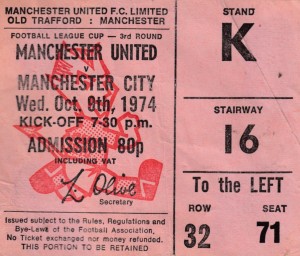 …The Blues were let down by the front men, who have now scored only two goals in the last five matches. Hard though Rodney Marsh tried he could not get the breaks going for his side. Mike Summerbee is having a thin time of it at present and Colin Bell had one of those frustrating games when nothing would go right.
Peter Gardner