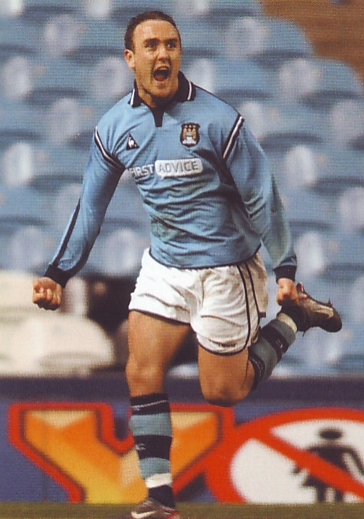 Tricky winger Lee was born near Wigan on 21st June 1985.
He came through the City youth setup and after a loan spell at Oldham, made his breakthrough into the first team with several appearances from the bench, the first being against Bolton in March 2005.
in his next season he made 4 starting appearances scoring one goal, however he wouldn’t make any further starts for the Blues, making a £600,000 move to Norwich City in July 2006. He made 118 appearances for the Canaries scoring 9 goals, culminating in being voted Norwich’s player of the season in 2008/09.
He then went on to move to Derby in June 2009, where he had three loan spells at Huddersfield, St Johnstone and Oldham, and in February 2013 he signed permanently at Oldham until the end of 2012/13 season.
He then moved to St Johnstone, back to Oldham and then finished his career at Southport in 2018. Since then he has been involved as an occasional summarizer on radio. 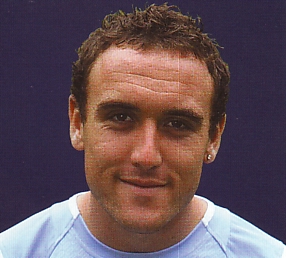