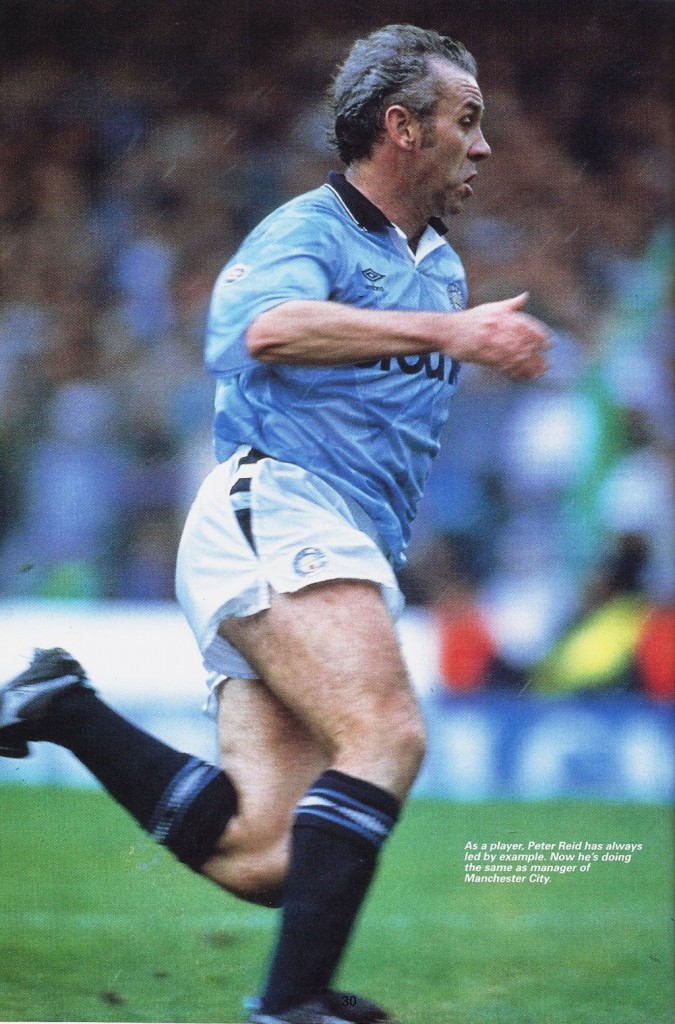 Midfielder, Peter was born in Huyton on 20th June 1956.
He stareted his career with Bolton in 1974 and after 225 appearances moved to Everton for £60,000 in 1982 where he won winners medals in the FA Cup (twice), League Division 1 Championship and European Cup Winners Cup, also picking up PFA Footballer of the Year award in 1985.
After 159 appearances for the Toffees he moved on a free to Queens Park Rangers, however after just a year at Loftus Road he was persuaded by former manager Howard Kendall to move to Maine Road to help the Citizens battle relegation, which they successfully did.
Howard Kendall controversially moved back to Everton early the next season and Peter Reid took over as City’s Player Manager, successfully taking them to a top five finish two seasons on the trot.
After a slow start to the 1992/93 season Reid was surprisingly sacked. 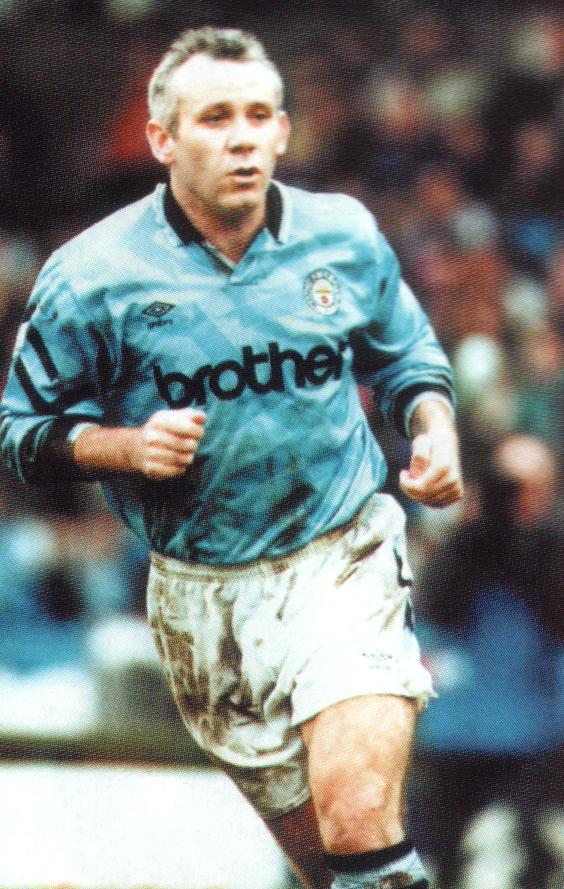 He later went on to play for Southampton, Notts County and Bury.
In 1995 he wwent back into management at Sunderland where he stayed for seven years, before spells managing Leeds, Coventry, Thailand, Plymouth and Mumbai City.
During his playing career he also earned 13 full England caps. 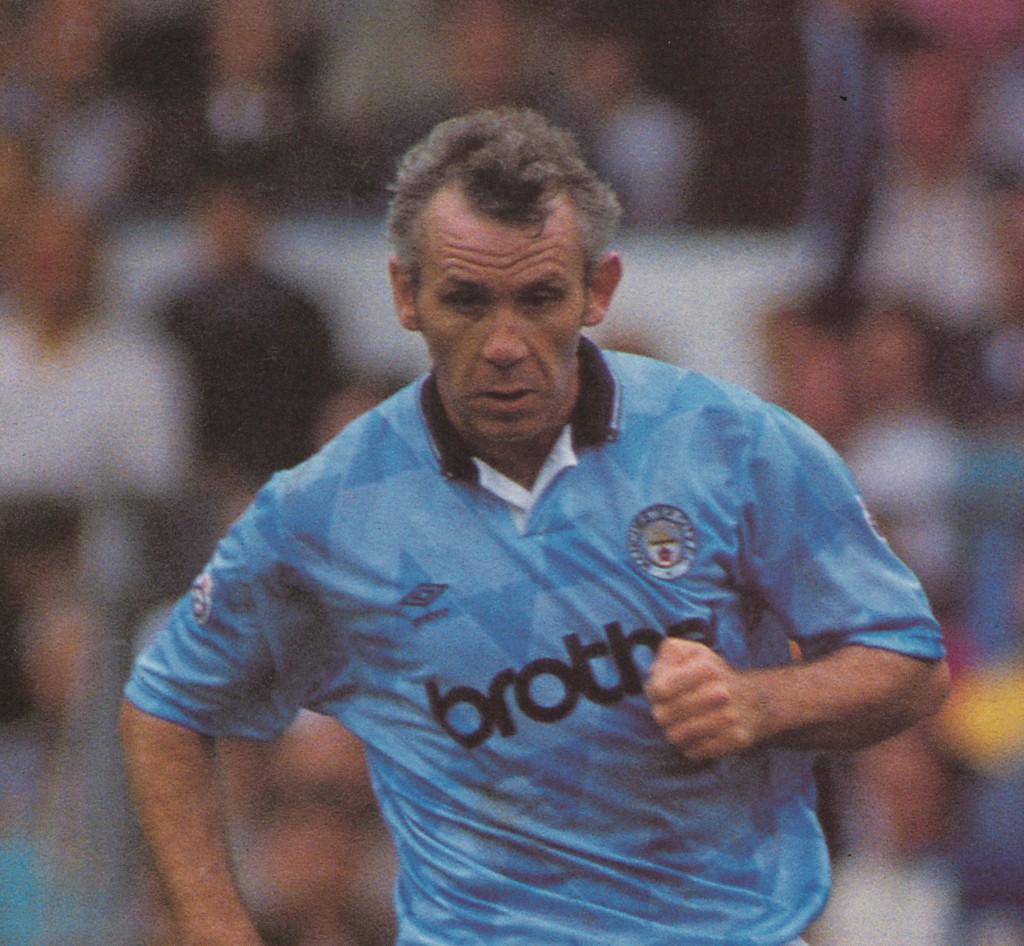 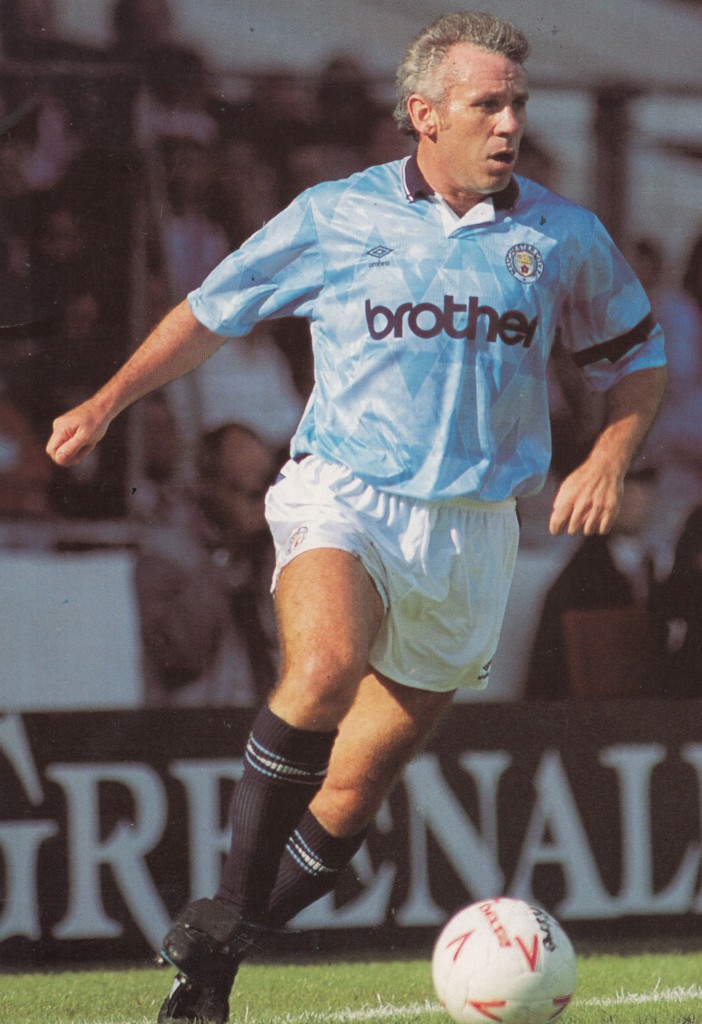 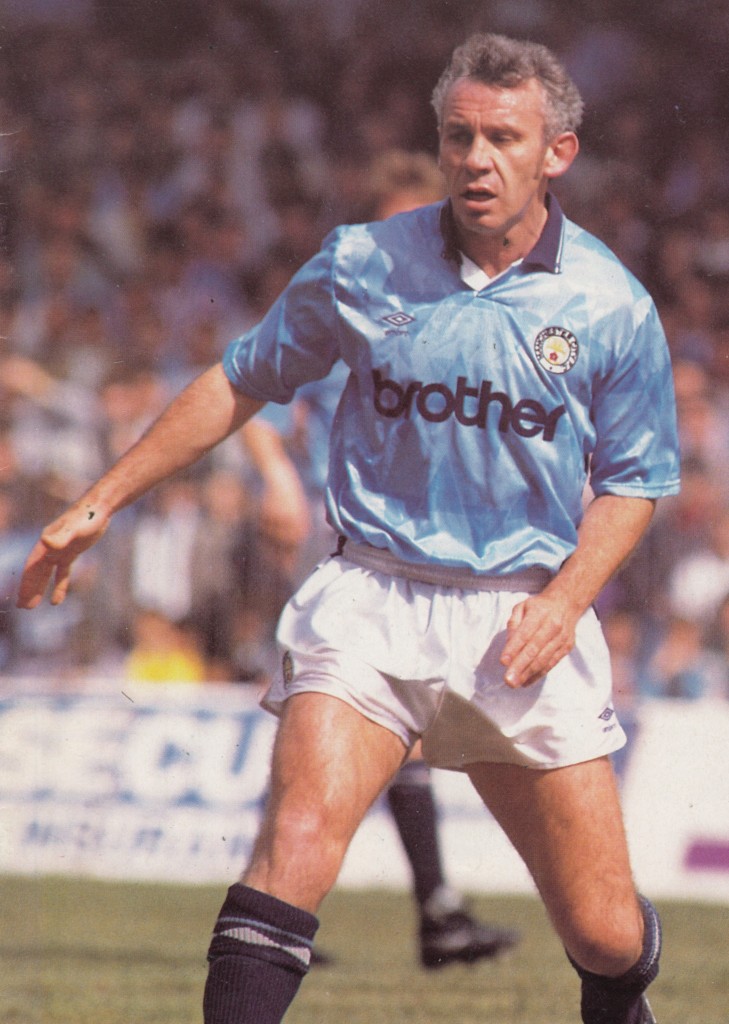 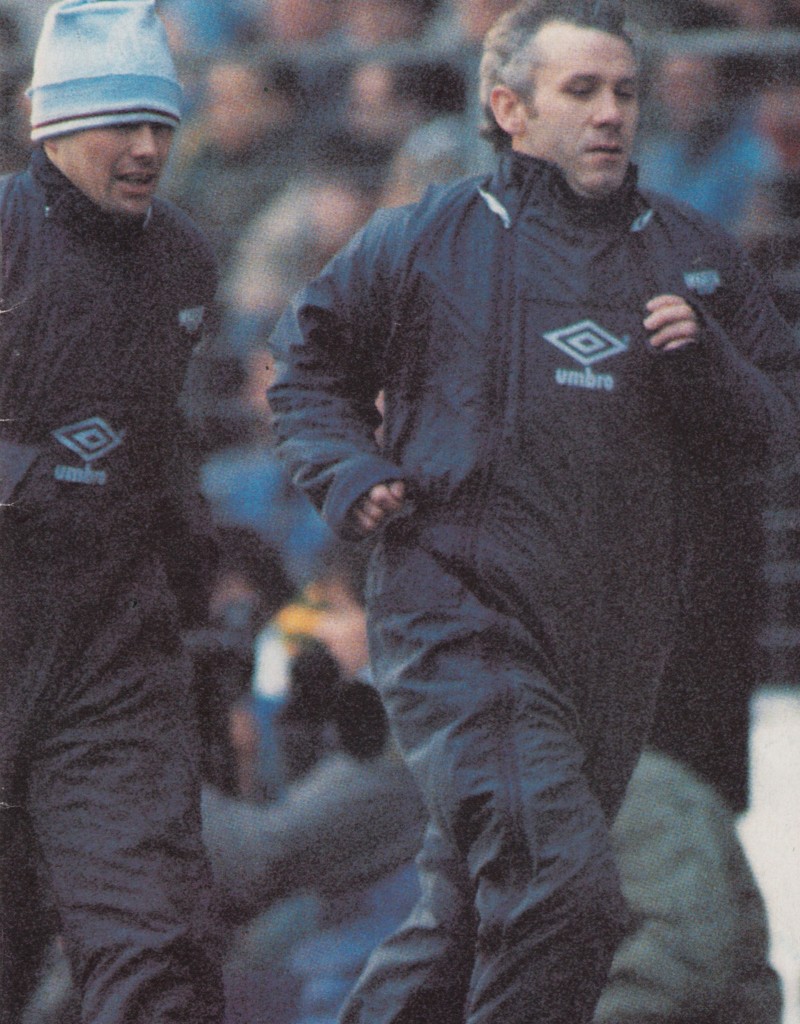 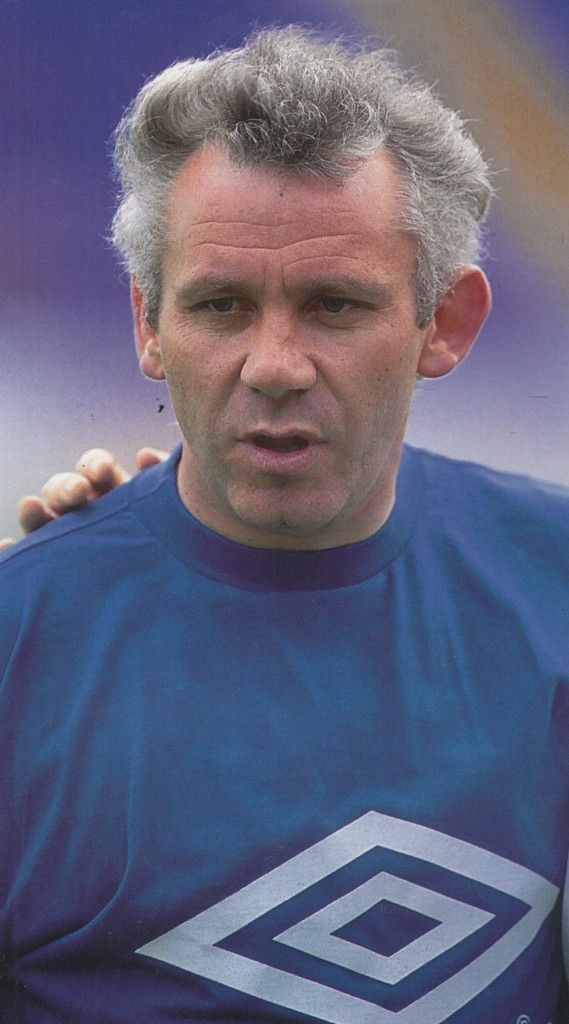 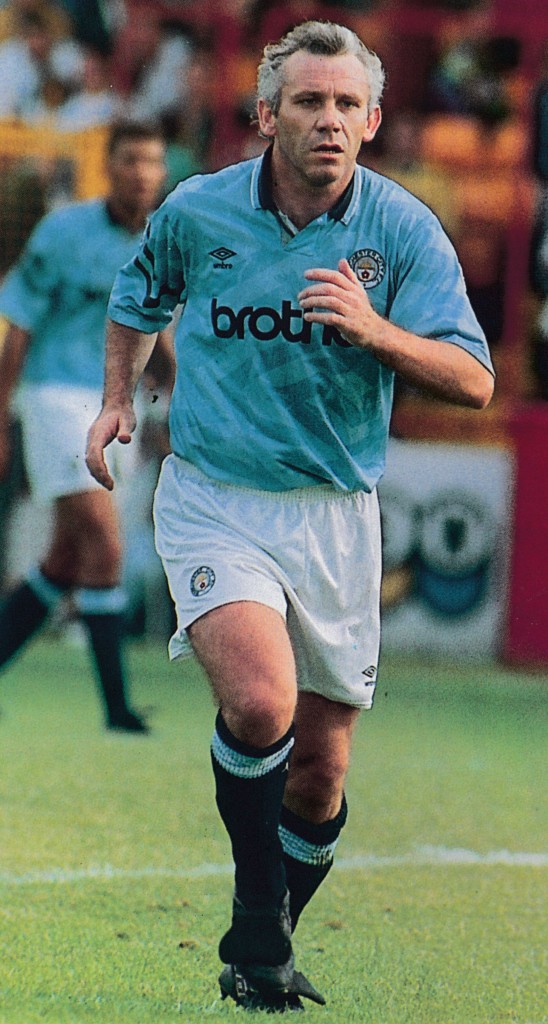 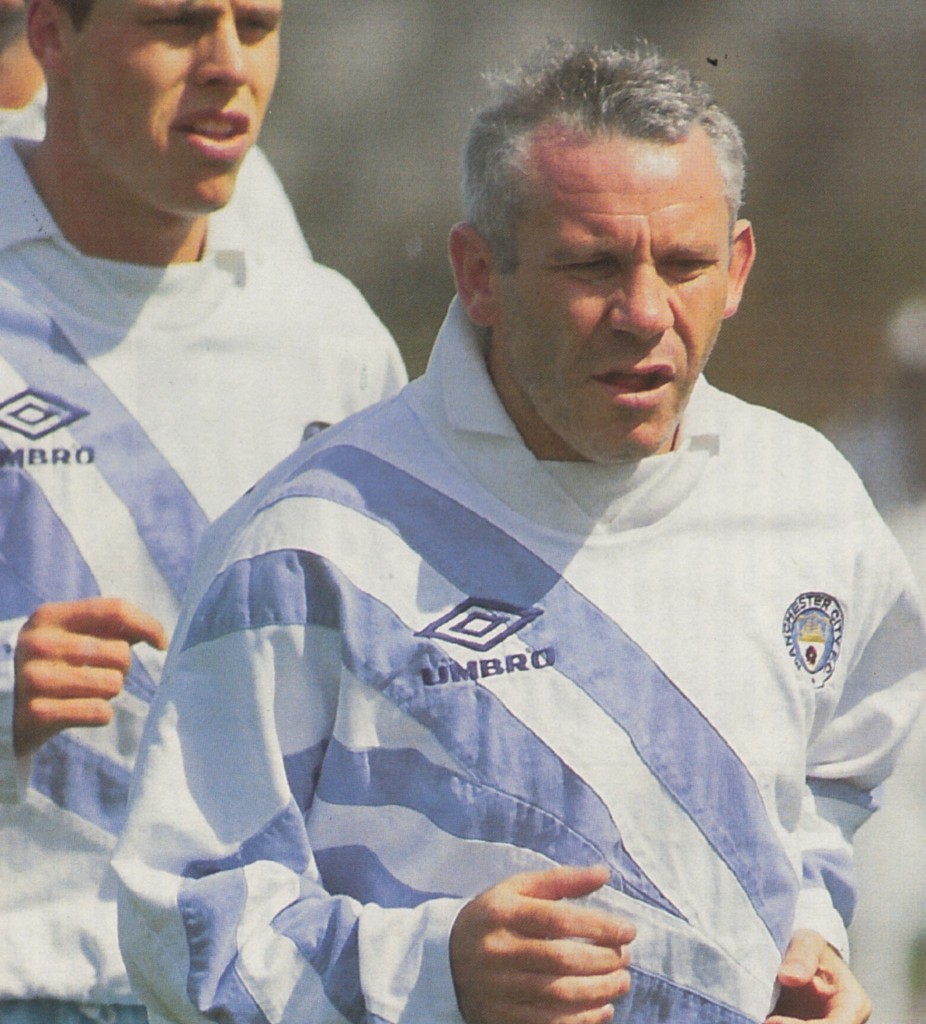 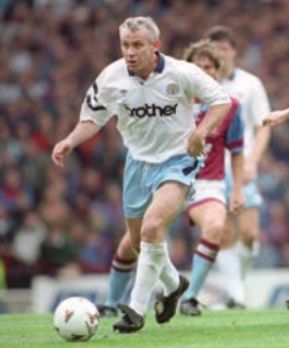