Jack was born in Oldham on 8th July 1934, he was a forward who played 73 times for City, scoring 29 goals over three seasons. He also played first class cricket for Lancashire. 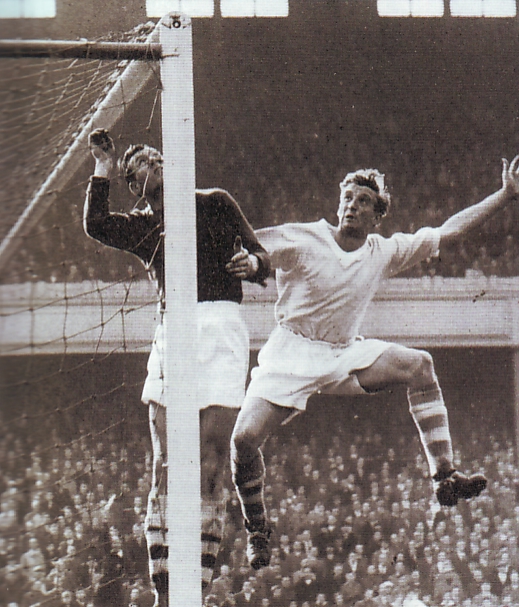 OBITUARY
8th July – 16th November 2000
Manchester City recently mourned the loss of star forward Jack Dyson who died aged 66 years in Royal Oldham Hospital
Born in Oldham, Jack Dyson joined Manchester City in October 1951 from non-League Nelson FC but didn’t make his League debut until 8th October 1955 when he scored in a 1-1 draw at Joe Mercer’s Sheffield United. He became a key part of the City line-up in 1955-56 scoring 13 times in 25 League appearances to help City climb the table.
Dyson operated as part of the famous ‘Revie Plan’ often forming an effective striking partnership with Joe Hayes or Bobby Johnstone. He also played a major role in the 1956 FA Cup Final against Birmingham City, which the Blues memorably won 3-1 at Wembley just 12 months after losing in the final to Newcastle. With the teams level at 1-1, Jack scored City’s all-important second goal after 65 minutes and turned provider for the Blues’ third netted by Bobby Johnstone.
Dyson’s carrer was however marred by injury. The following term in a pre-season practice match Jack broke his leg in a challenge with team mate Bill Leivers. On his return to the side later in the year, Jack broke his leg a second time and this effectively ended his football career. In total Jack made 72 League and Cup appearances for City scoring 29 goals. He was also a member of the side that faced United in the 1956 Charity Shield match at Maine Road. In March 1961 he left the Blues for Stirling Albion. Then in October 1962 Jack joined his home town team Oldham Athletic, although he did not make any League appearances while at Bounday Park. Later he spent a couple of years working for Manchester City in the Commercial Department.
Dyson was also an established all-rounder for Lancashire County Cricket Club where in the same month as winning the 1956 FA Cup, he starred for Lancashire against the touring Australians taking four wickets for 17, while also scoring 41 runs.
… Jack’s cricket career spanned 10 years from 1954 to 1964. In 150 appearances he scored over 4,400 runs and took 161 wickets.
PUBLISHED IN THE CITY PROGRAMME 25TH NOVEMBER 2000 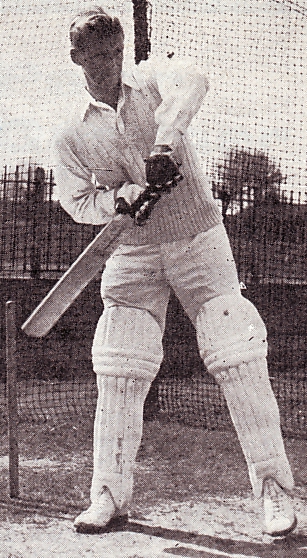 ARTICLE FROM CITY PROGRAMME 6TH OCTOBER 1973
IT’S 13, years since Jack Dyson left Maine Road – but in fact, he’s still here !
Not as a coach or administrator but as an area representative for the Greenall Whitley brewery.
And his job means he teams up with his former playing colleague Roy Clarke, now manager of the City Social Club, at least once-a-week.
In fact, Jack and Roy used to be room-mates during their days with City, and they’ve both shared some exciting incidents.
Including the first time Jack found himself on the carpet just 12 days before the 1956 Cup Final. Jack recalls: “It was the first time we’d relaxed. Suddenly, we forgot about all the tensions that go with a Cup Final and we relaxed,
“I didn’t drink then but I had a couple, and arrived back late at the hotel. Manager Les McDowell punished me by making me report three times a day after that – but it was nothing compared to the rollicking I got from Roy.”
“The rest is history. I got the second goal and a winners medal.”
Within two days Jack was back enjoying his other love,  cricket. He was, of course, an accomplished all-rounder with Lancashire.
In his double sporting life Jack had luck – and misfortune. “I broke my right leg during a practice match in August, 1957 and missed the whole of the soccer season. It was like a bad dream.
“Especially when I broke the leg again for the time. It happened in a Lancashire Senior Cup game with Barrow my first game in my come-back.
But Jack recovered until he got another set-back -he was sacked by Lancashire and sold by City.
He continued his double life in Scotland – playing cricket as a professional and soccer with Stirling Albion.
But after two years in “exile” Jack was back with his home town team – Oldham Athletic – and Lancashire.
He’s now given up Soccer, not many 38-year olds are playing, but is still professional with Tonge in the Bolton League.
And his Soccer career? “Many players don’t like watching Soccer once they’ve finished with the game – and I’m one of them. In fact I only watched a couple of games at Maine Road last season. But now I intend to become a regular at Maine Road.”
Which means Roy Clarke will be seeing more of his old pal! 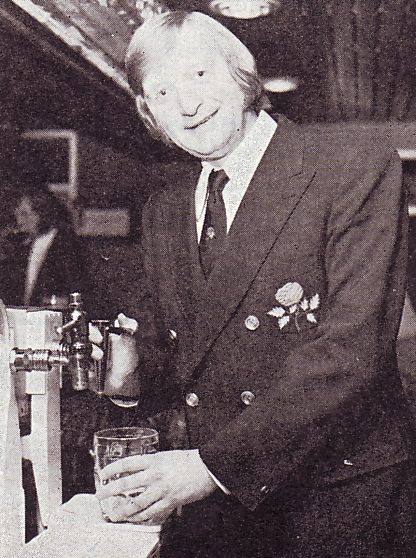 ADAPTED FROM AN ARTICLE BY ERIC TODD OF THE GUARDIAN FROM THE CITY PROGRAMME 29TH JANUARY 1972
IF Jack Dyson had had more “bounce”, more luck, and been blessed with a more flexible temperament, he might well have played for England at cricket and football. He was a stylish forward and a brilliant dribbler of the ball; with Lancashire, he scored nearly 5,000 runs and took 161 wickets with his off spinners.
He joined Manchester City and Lancashire when he was 17 shortly before he started his National Service, and he played in both second teams when he had completed it. His progress was rapid, and in 1956 he won a Cup winners’ medal against Birmingham City, and Lancashire awarded him his county cap.
Dyson broke a leg in a City practice game in August 1957, and again in a second team match at Barrow six months later. In 1960 a few ill-chosen words prompted Lancashire to dismiss him, and he moved to Scotland where he had two years with Stirling Albion. He also played cricket for Forfarshire who decided very generously that he was too good for their class of cricket, and suggested to Lancashire that it was time they took him back. In 1963, he was forgiven by Lancashire for whom he played one more season and then parted company on amicable terms. He also had brief spells with Oldham Athletic and Northwich Victoria (under Roy Clarke’s managership) and finished in 1964.

‘A FINE FUTURE’ BY ARTHUR WALMSLEY Evening Chronicle Sports Columnist
From an article in City Programme published 24th November 1956
…The more I see of Jack Dyson the more his play confounds me. Time and again as he sets off in a mazy run one feels he is attempting the impossible, yet so often words of condemnation die on the lips as his slight, fair haired figure eventually emerges from a corkscrew line of defenders to the astonishment of friend and foe alike.
Brilliant ball control and sheer determination and tenacity are the qualities which could spell a lustrous football future for Dyson.
There must be very few footballers in the game today who can beat two or even three men in less space than the City inside left.
And if it needs tremendous self confidence to attempt some of those dazzling dribbles than Jack Dyson is a paradoxical character, indeed. For the man who can walk calmly to the wicket to open the innings for Lancashire is frequently a bundle of nerves before a soccer match, especially on the big occasion.
Yet those who saw him score City’s second and all important goal at Wembley last May would not hesitate to give him full marks for coolness for the manner in which he first made ground to goal and then placed the ball immaculately past Merrick from an awkward angle as two players closed in on him.
…I believe it would be premature to claim that Dyson is the complete footballing article yet. But he has already made his individual mark at Maine Road and if he maintains the rate of improvement shown over the last 12 months will soon be challenging for the highest soccer honours.