Born in Salford, Branagan developed effectively with local youth and boys’ clubs as an outside right, and later he was chosen for the England and Great Britain boys’ clubs. When he turned up for a Great Britain trial he discovered that there were too many forwards so the selectors moved him to right back. He was playing in a match at Southport when he was “discovered” by City’s chief scout, Albert Kavanagh-who incidentally missed very little of consequence-and was signed by Jock Thomson.
Branagan made his first senior appearance against Sheffield United as partner to Eddie Phillips at Maine Road on December 9, 1950 when City won 5-3. He made 115 League appearances between 1951 and 1954, scored three goals, and after 12 years’ good service he was transferred to Oldham Athletic where he remained until 1966.
Like many of his generation he has little time to watch football because of business interests, but he will still talk at length about Stanley Matthews and Tom Finney. He regards Finney as the better of the two because he was a team man. It might interest Branagan to know by the way that Finney considered him to be one of the cleanest backs he played against.
ADAPTED FROM AN ARTICLE BY ERIC TODD OF THE GUARDIAN IN THE CITY PROGRAMME 8TH SEPTEMBER 1971 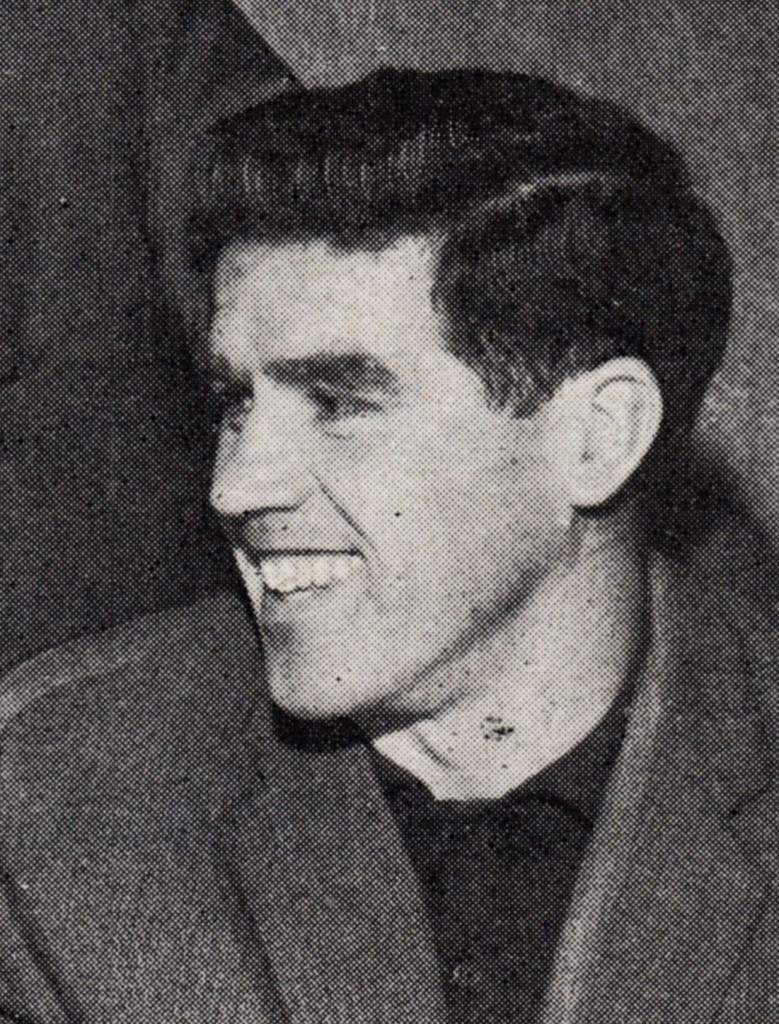 KEN BRANAGAN
(27th July 1930 – 9th August 2008)
A stalwart defender for Manchester City, from his debut as a replacement for Eric Westwood in a 5-2 home win over Sheffield United in December 1950 until his final game against Burnley at Turf Moor in the last game of the 195960 season, Ken Branagan was the epitome of consistency, dependability and loyalty – which you would expect from a player who came from a family of City supporters.
A product of North Salford Youth Club, he won Boys Club international caps for England and Great Britain before signing for Manchester City in November 1948. He made 208 appearances for the club and scored three goals, the one against Cardiff City being one to remember, a sizzling 30-yard drive that no goalkeeper in the world would have saved.
Ken was 12th man for City in the 1955 FA Cup final at Wembley against Newcastle United but because of the stringent FA rules in those days, he did not receive a medal – an outrage that was corrected many years later after a concerted campaign by the club and its Former Players Association.
He eventually moved on to Oldham Athletic in October 1960 as part of a double deal with centre-forward Bert Lister. Their link-up at Boundary Park with former City superstar Bobby Johnstone signalled the revival of Latics fortunes.
Ken played 177 times for Oldham before retiring at the age of 36 when he opened a newsagents in Cadishead. But the lure of football proved too much for him and he was soon back at Oldham, coaching with manager Jimmy Frizzell.
When his long career in football finally came to an end, Ken ran a betting shop in Golbourne for seven years then spent five years living in Anglesey before returning to live in Manchester in 2001.
Our thoughts are with Maureen, his wife of 54 years and their seven children.
FRED EYRE WRITING IN THE CITY PROGRAMME 24TH AUGUST 2008