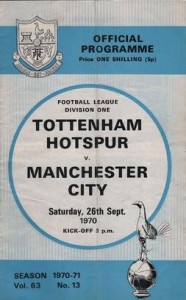 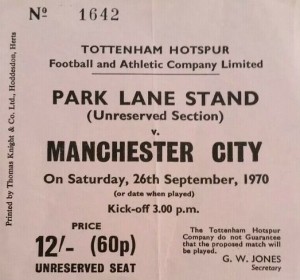 City met a good Spurs side at White Hart Lane, however the fact that City suffered their first defeat of the season, was more to do with City’s poor performance, Colin Bell being the exception, than the North London club’s display.
Tottenham took the lead from a Chivers effort from 12 yards after a fine pass by Perryman. Then late on Gilzean found himself in acres of space on the edge of the box and hit a low cross shot past Corrigan to seal the home sides victory.