1997-98 5 apps, 1 goal
Joe Royle snapped up defender Lee Briscoe on loan from Sheffield Wednesday with a view to a permanent deal in February 1998. Briscoe filled the troublesome left-back position for Royle who had played both Shelia and Tshkhadadze in the No.3 shirt without much success. Briscoe’s arrival seemed to have solved what was becoming a major headache to the City boss. An attacking defender, Briscoe gave the Blues vital balance down the left side. Though the
Blues were beaten in their next game at Reading. Briscoe was again in fine form as City beat WBA 1-0 and then Huddersfield 3-1 away in the next two matches. He scored in the win at the McAlpine Stadium and Royle seemed set to make the deal permanent, much to the approval of the Blues faithful. However, fate still had a role to play for Briscoe and he was injured in the defeat at Oxford and Horlock had to fill in for the rest of the season. 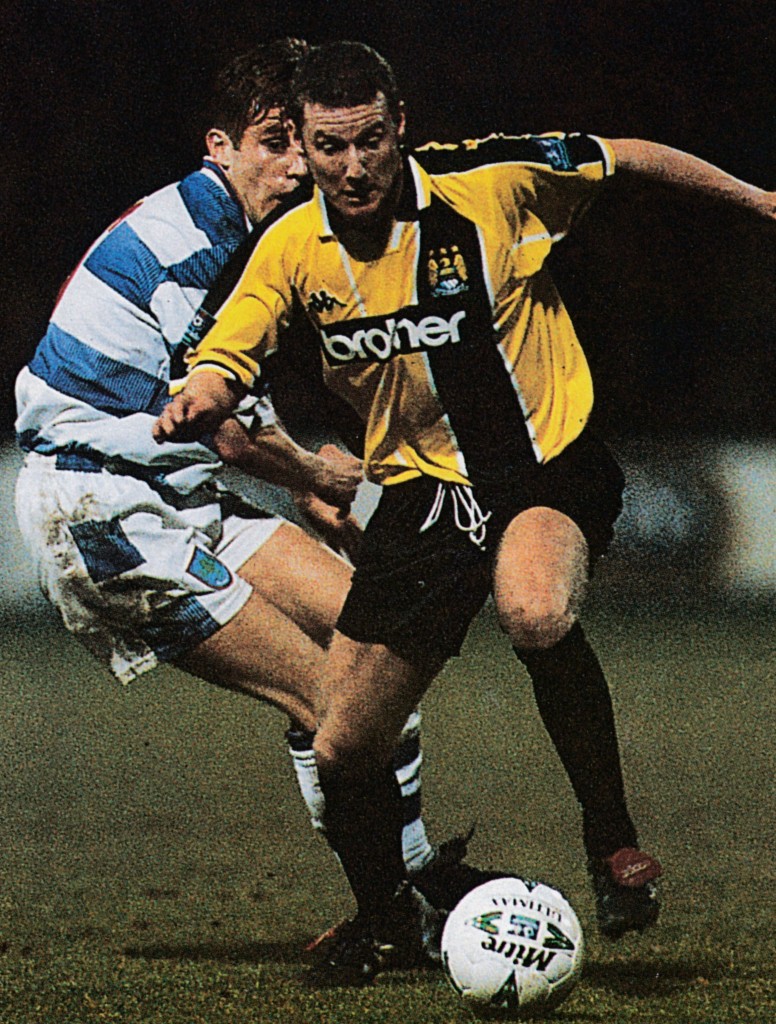