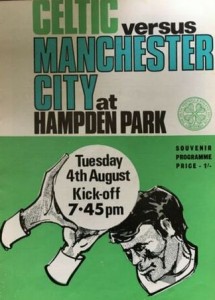 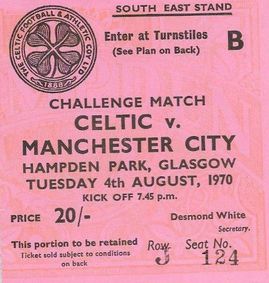 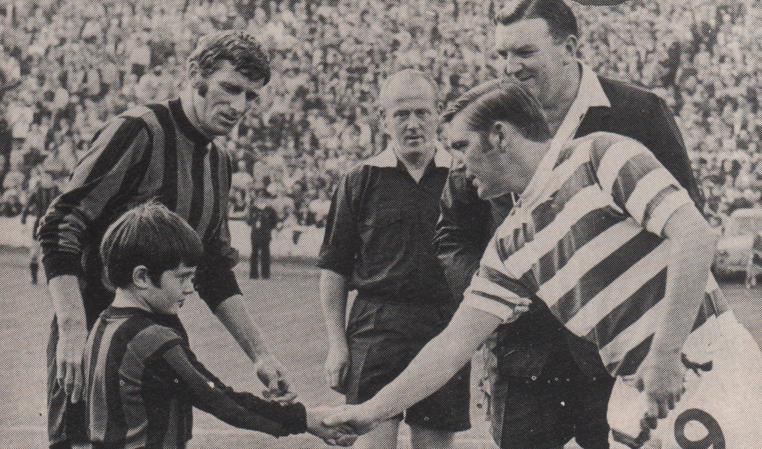 On a lovely summer’s night in Glasgow over 60,000 turned up at Hampden Park in their short sleeves with the optimism of watching a very entertaining pre-season friendly, unfortunately the score wasn’t as popular as the weather.
There was no disputing the hard work from the players, and the many chances that Celtic created, but these were thwarted by a man of the match performance from Joe Corrigan, a distinct difference to his poor display three days earlier at Oxford. 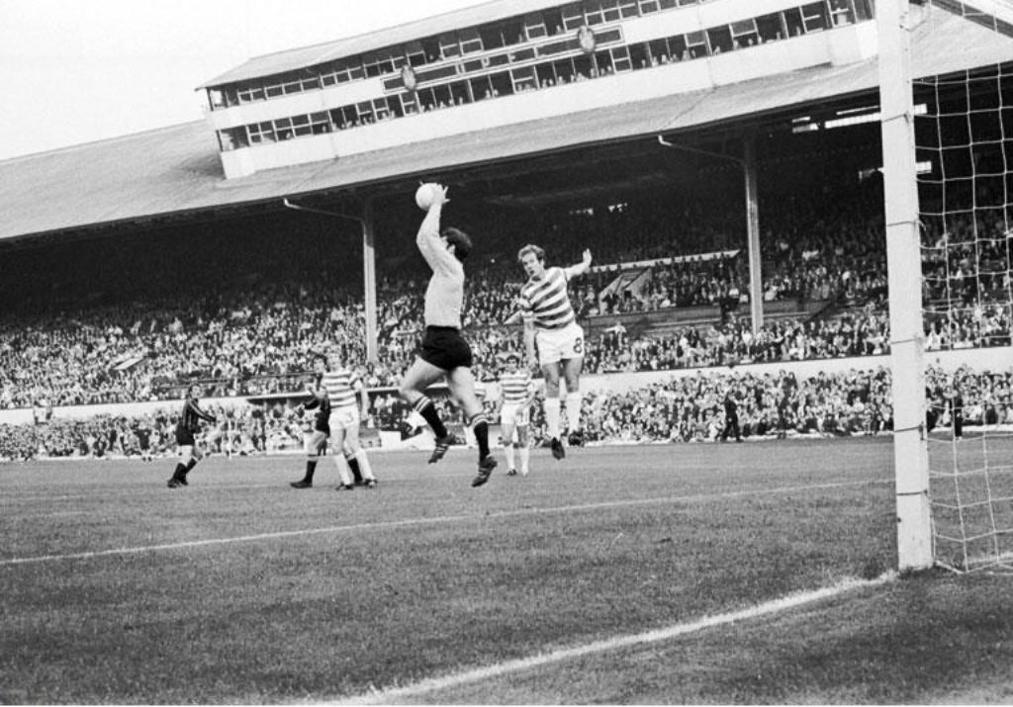 The difference in opinion between the English and Scottish press was very apparent and probably expected. Peter Gardner writing in the Manchester Evening News went with ‘Manchester City plunged deep into their reservoir of defensive stability to give one of their finest and most mature rearguard actions here last night. Manager Joe Mercer summed it up superbly when he said at the end of a fascinating, entertaining game: “It was the best defensive performance I have ever seen from this side”.’
Whereas Hugh Taylor’s view in the Scottish based Daily Record was ‘Celtic walked off buzzing Hampden last night, the proudest but the unluckiest team in Britain… The result is surely a travesty, surely the luckiest result City, pride of England, have ever achieved… This was a show which put City in the shadows. World Cup man Francis Lee and all. They were reduced to back-pedalling and back-passing.’ 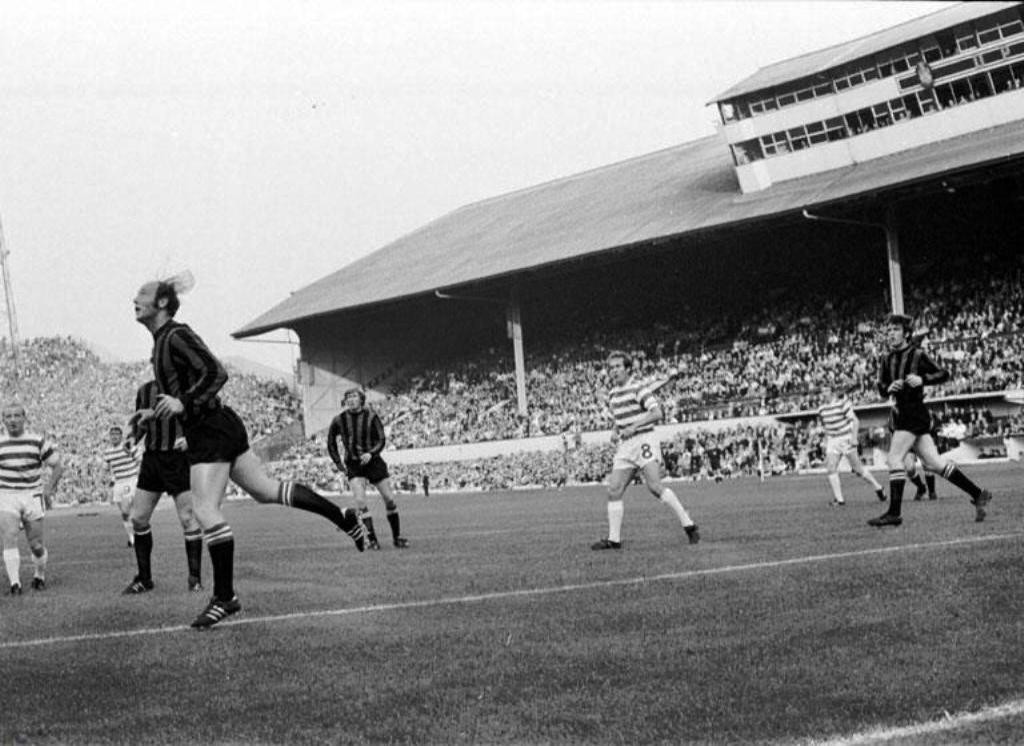 Celtic started well, pressing City back, but failed to make any real clear opportunity, with the Blues’ centre halves, Tommy Booth and George Heslop, dominating the Glasgow forwards. After the half hour though Gemmil hit a blistering 20 yard free kick which Joe Corrigan did well to tip over the bar. Then with five minutes to the interval, Hughes smashed a shot in from just eight yards which looked unstoppable, but somehow the City custodian brilliantly saved. A save that led Daily Record journalist, Hugh Taylor to declare Corrigan as world class.
Celtic were again totally on top in the second half, but again City’s defence was resolute, however in the last few minutes, Celtic had a penalty call turned down when Hay went down in the box, then Lennox got the ball in the net but it was ruled offside. And finally with Wallace through on goal his shot was well parried by Joe Corrigan, but right back into Wallace’s path, who’s second shot was goal bound before a magnificent clearance by Tony Towers. 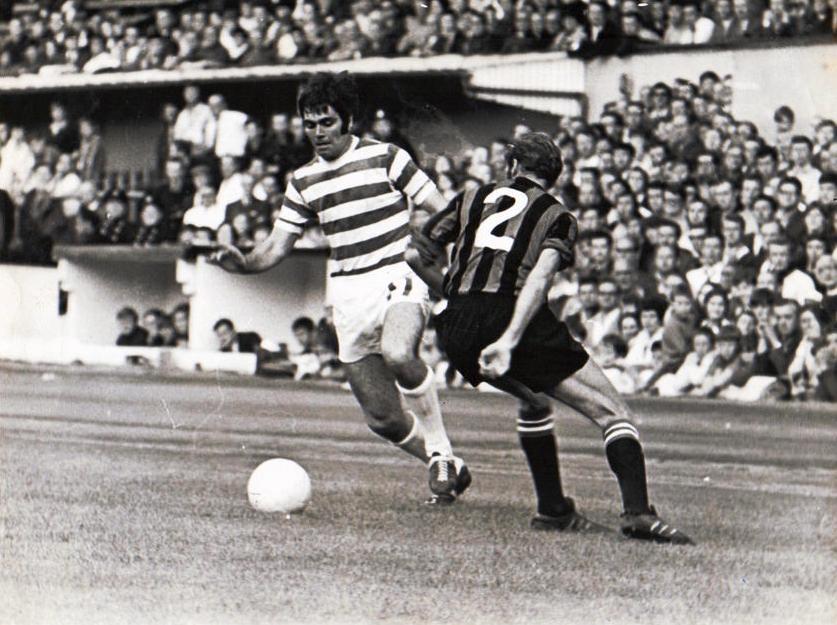 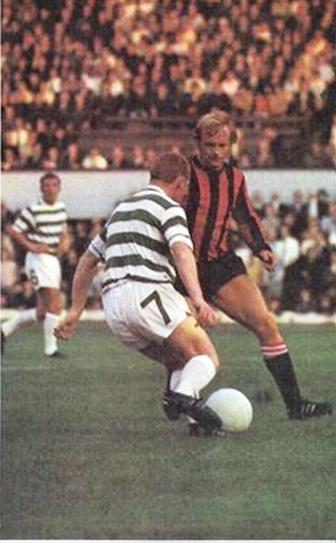