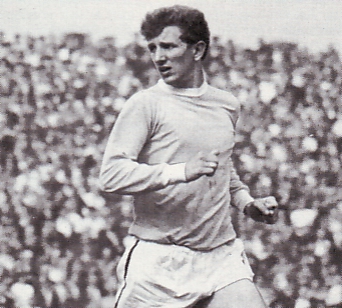 Bobby joined City in July 1968 from Bury for £35,000
The Farnworth born striker (17th October 1947) sensationally scored 2 goals on his City debut in the 1968 Charity Shield. However he struggled in the league, and after just 22 appearances and just 3 goals he had a brief loan spell at Swansea, and then moved on to Carlisle in 1970, where he stayed for 6 years after various loan spells he finished his career at Doncaster, although he did then also play for non-league Gainsborough Trinity.
After his football retirement he managed a bowling club then became a forklift truck driver. 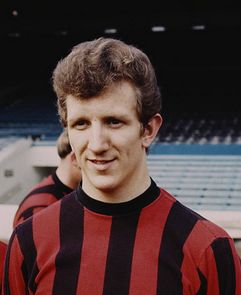 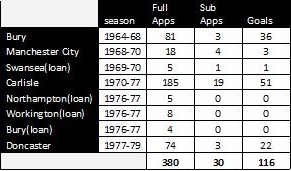