Much had been made in the pre-match build up of Darren Beckford’s appearance against his former club, and in keeping with the script the striker duly struck! Vale were trailing to Niall Quinn’s early opener when Beckford levelled the scores on 37 minutes. Dean Glover’s long free kick was flicked on by Beckford to Robbie Earle, whose shot was charged down by lan Brightwell. Vale profited from the rub of the green as the ball travelled invitingly to Beckford, who made no mistake from some 10 yards.
The goal lifted Vale’s spirit for they proceeded to enjoy their best spell shortly after the resumption with Beckford, Walker and Earle all spurning chances to put them in front. On chances and balance of play Vale probably deserved a second crack but it was City who grabbed victory with a 70th minute goal from ‘super sub’ Clive Allen who netted with his first touch on replacing Adrian Heath.
EXTRACT FROM PORT VALE’S PROGRAMME 10TH SEPTEMBER 1996 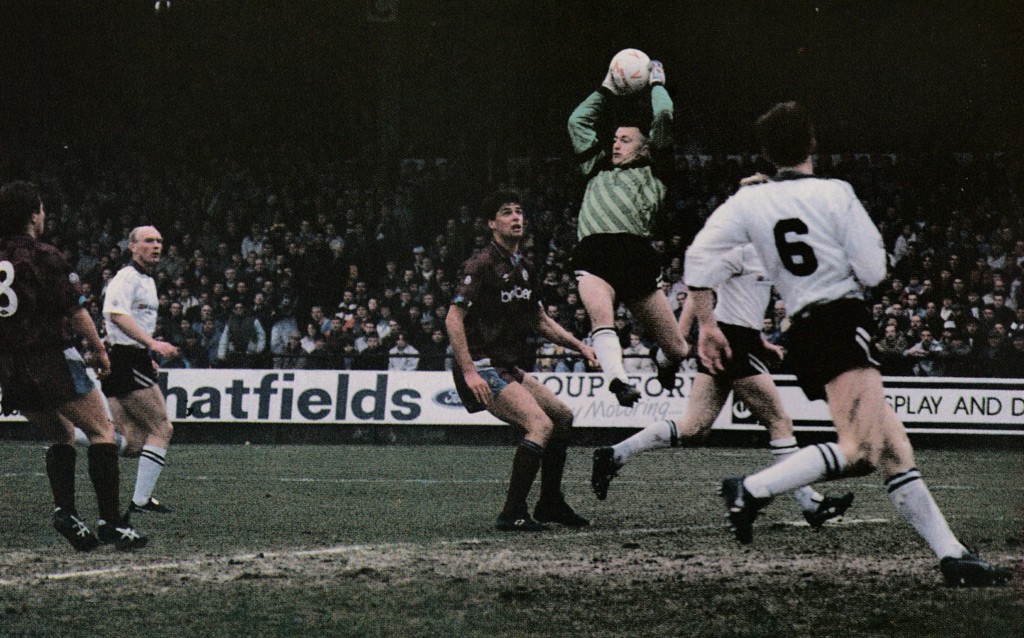