A GOAL FOR IAN SCOTT The Pilgrims had a handsome following in a bumper Maine Road turnout and they were confident that Argyle might upset the form-book by repeating a Home Park league victory just a few weeks earleir.
But the Blues were in no mood to capitulate again, and by the time Paul Moulden came on to scoreas a second half substitute the issue was never in doubt.

PAUL SIMPSON AND PAUL MOULDEN ALSO GET ON THE SCORESHEET 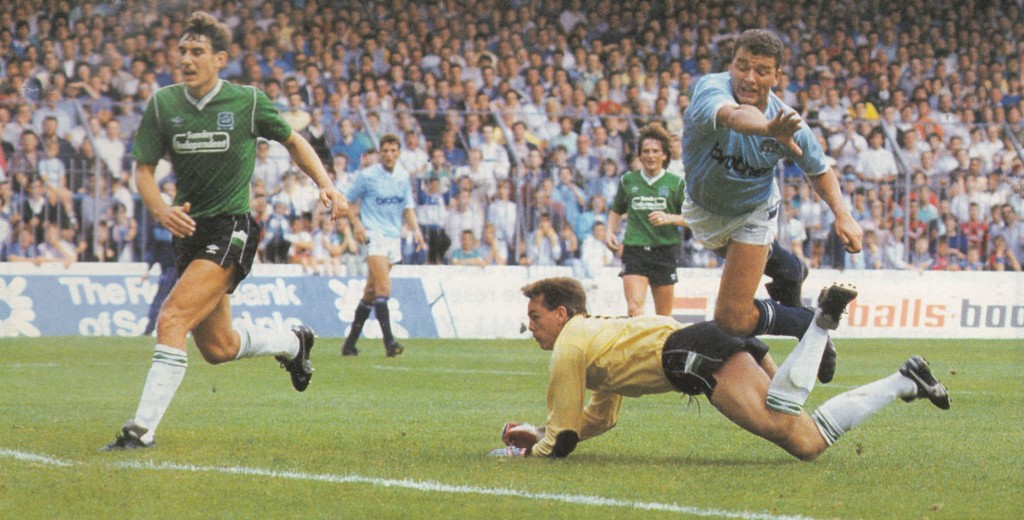