from THE GOOD, THE MAD AND THE UGLY, THE ANDY MORRISON STORY By Andy Morrison with David Clayton
… I enjoyed the midweek training in the run up to Oldham Athletic a way at the weekend. Again the planning was meticulous and we dealt with all the possible scenarios that might crop up at Boundary Park. Better still, everything went to plan and we won 3-0 and I managed to score my second goal in two games. Only this time it was the goal of my life The ball was lofted out of the Oldham defence and it bounced straight to me. I headed it back over one of their players to Shaun Goater, who nodded it back to me and, as it fell to my foot, I struck a 25 yard volley into the top left hand corner of the net. The whole ground erupted with what seemed like all four stands celebrating. I spoke with a steward after the game and he told me that they had been under instructions to eject any City fans from the Oldham sections if we scored. But when my shot went in the instruction came across the radio: Cancel! Cancel! Cancel! As they realised there were maybe 8,000 of our fans amongst the crowd of 16,000 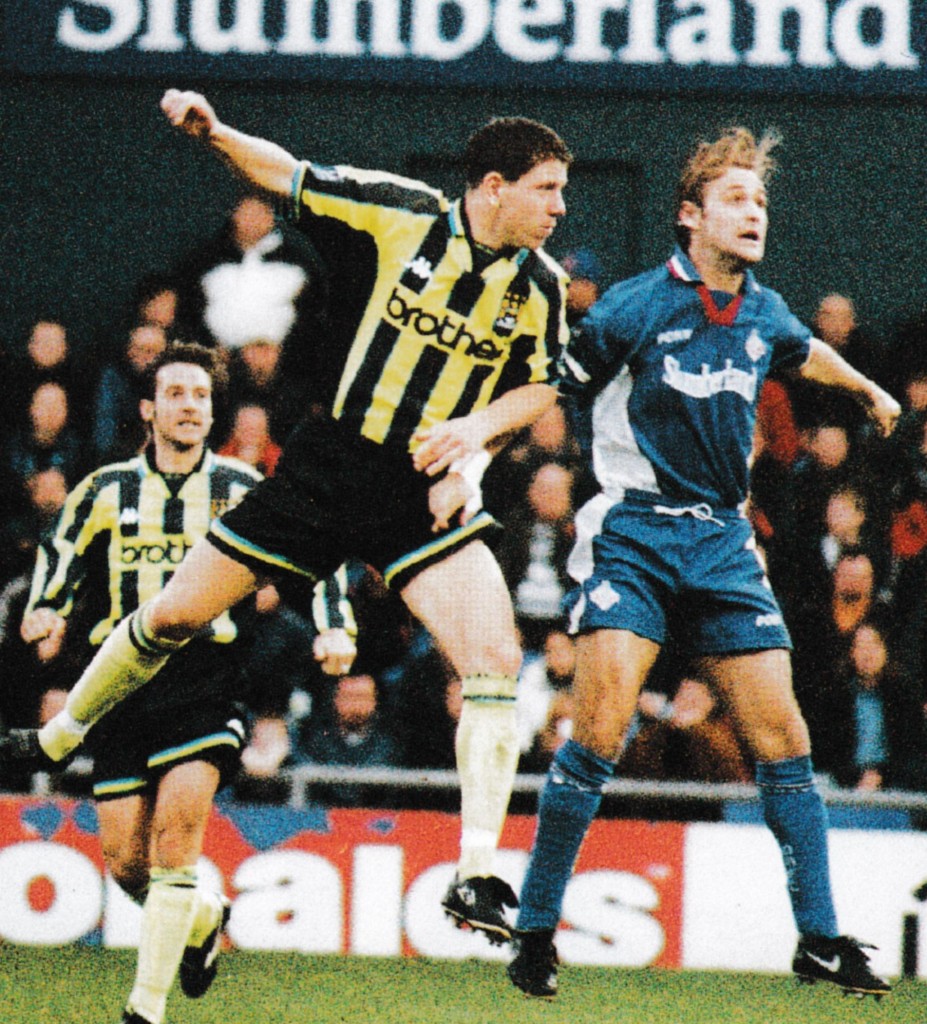 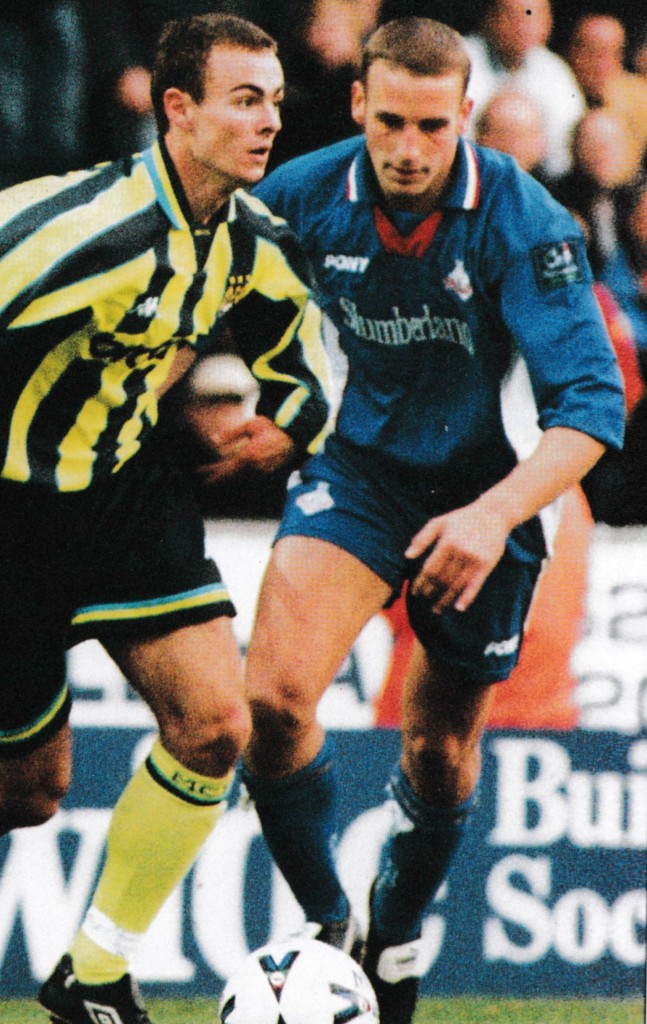 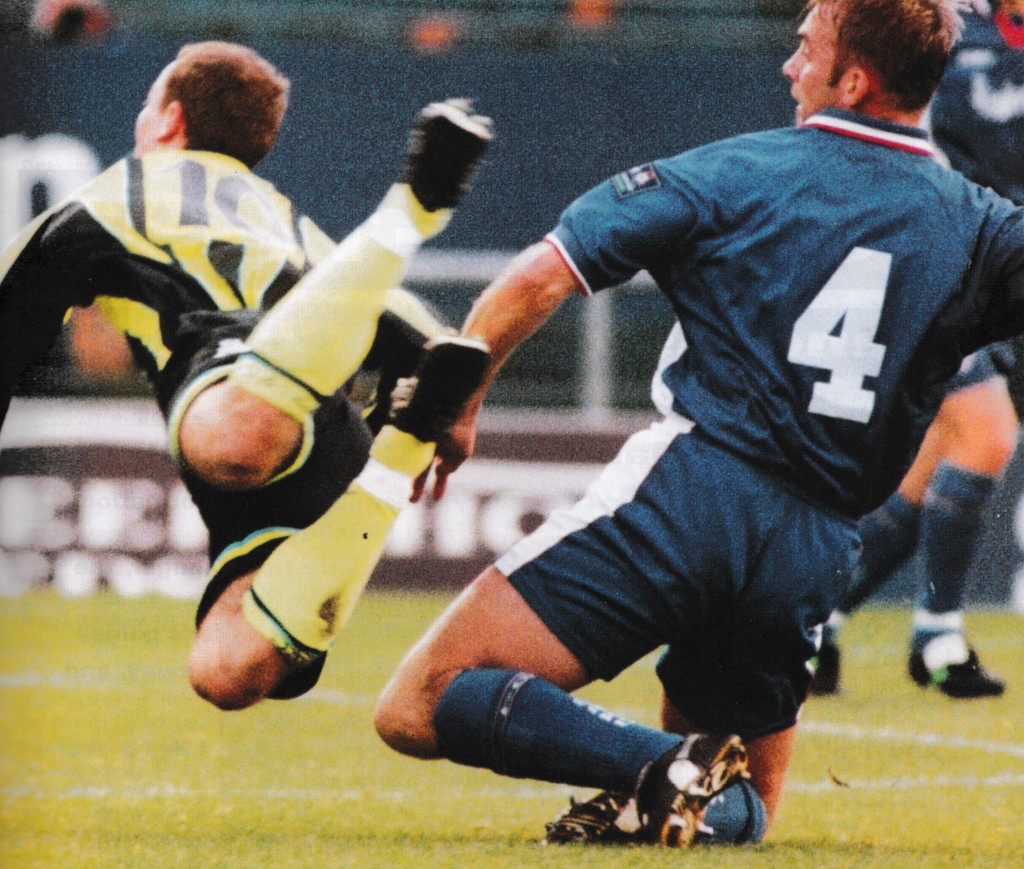