ADRIAN HEATH CLAIMS ALL THE POINTS FOR THE CITIZENS 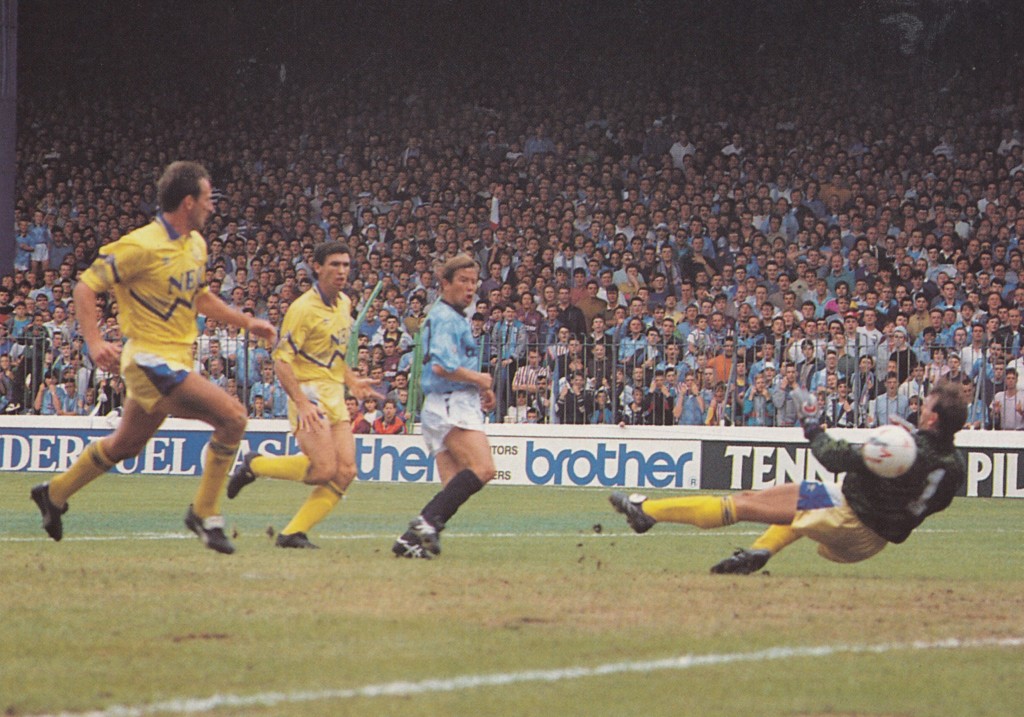 A Somewhat amorphous encounter and a repeat of the scoreline at Maine Road four months ago, when Neville Southall was man of the match, at least gave City a deserved first victory in another season of hope. Thankfully, they remain committed to the racy, attacking style so ingrained in the folklore of Maine Road and were worth much more than the single-goal margin. Howard Kendall, the manager, has off-loaded 10 players in his nine-month residence and brought in nine others, most of whom are England prospects, he says. Wishful thinking, perhaps. The connections between the clubs are now less the syndrome of old school tie, more a ritual exchange of worn clothing. 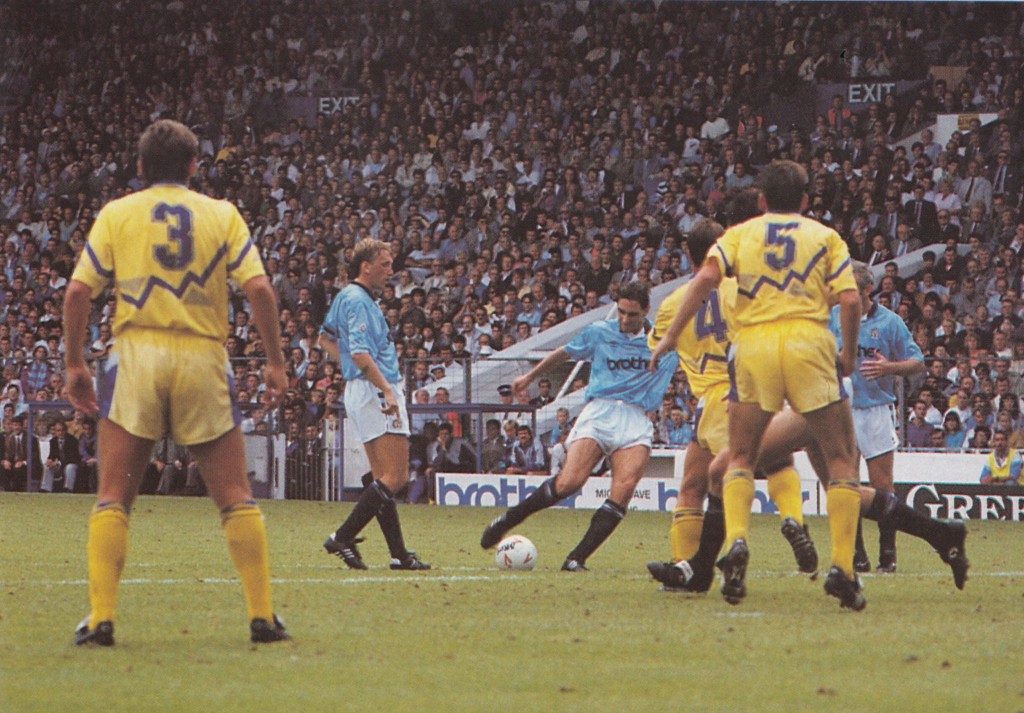 Hinchcliffe, of course, has always been closer to Savile Row than Portobello, and a long-range swerving drive gave Coton one of his few tremulous moments in the match. The Everton midfield was completely eclipsed in the first half, with Reid and Harper, former Toffees both, pulling all the creative strings, ably abetted by the industry and dash of Ward and Heath. Colin Harvey’s tenure as Everton manager may not yet be at crisis point but there is clearly much to resolve. Starting with the number one: in three years, Everton have won only a dozen away league matches and Southall can hardly be implicated, yet he shamed both himself and the profession last week. His disaffection has been apparent for months but the apologies spoke volumes, if only because they were issued through the ubiquitous agent. His demeanour was not improved in the ninth minute when White’s cross-field ball curved beyond Watson for Heath to drill low inside a post. 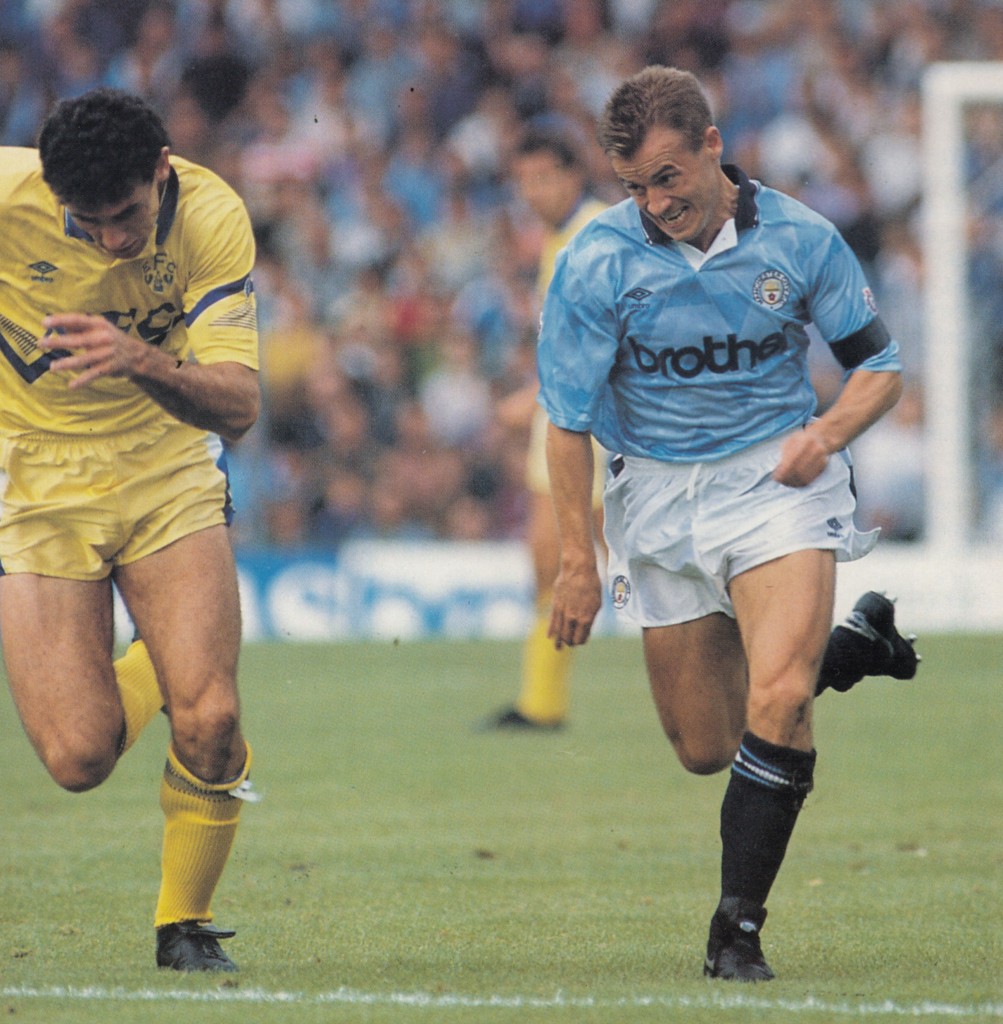 Ratcliffe, playing his first match of the season, sought retribution on his former colleague and was booked shortly afterwards, as were Watson and Ward later as the temperature increased. Everton were labouring, and Quinn almost scored a second with a fierce 20-yard drive from Heath’s delicate back header. Southall then denied Heath at the near post. The precocious Lake has been awarded the captaincy of City and a new central defensive position and seems to be thriving. Greater communication and advances from deep are the chief requirements, and Southall prevented a second goal from Lake’s powerful drive after an intricate free kick. Everton can reflect on the last time they endured such a poor start, in 1984-5 when they won the championship. STEPHEN THORPE WRITING IN THE SUNDAY TIMES 2ND SEPTEMBER 1990 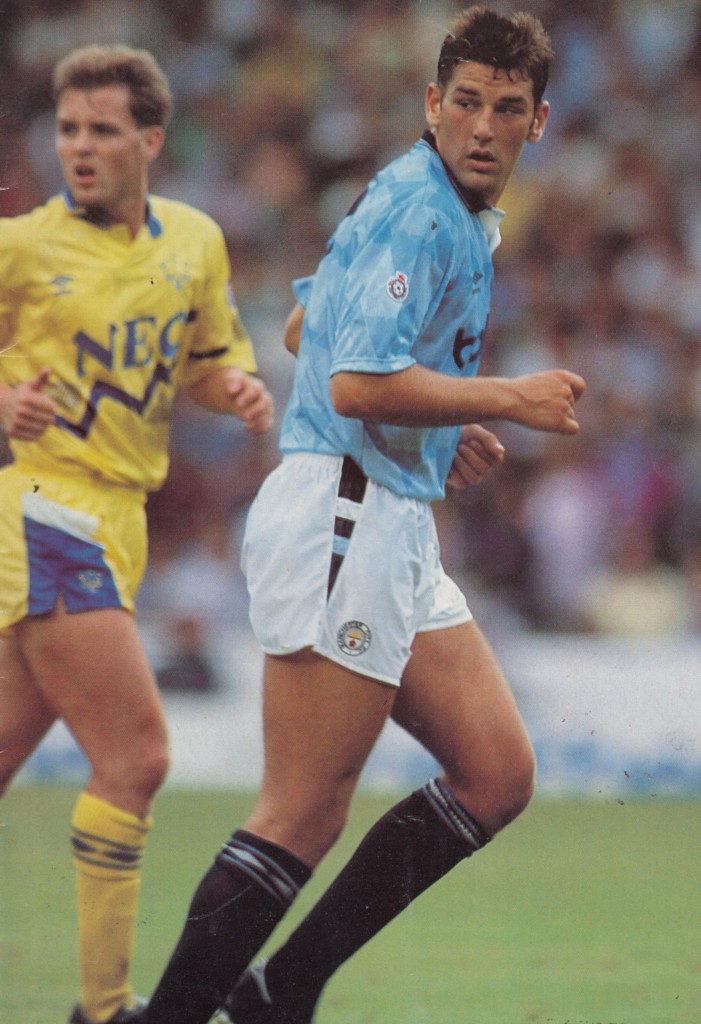