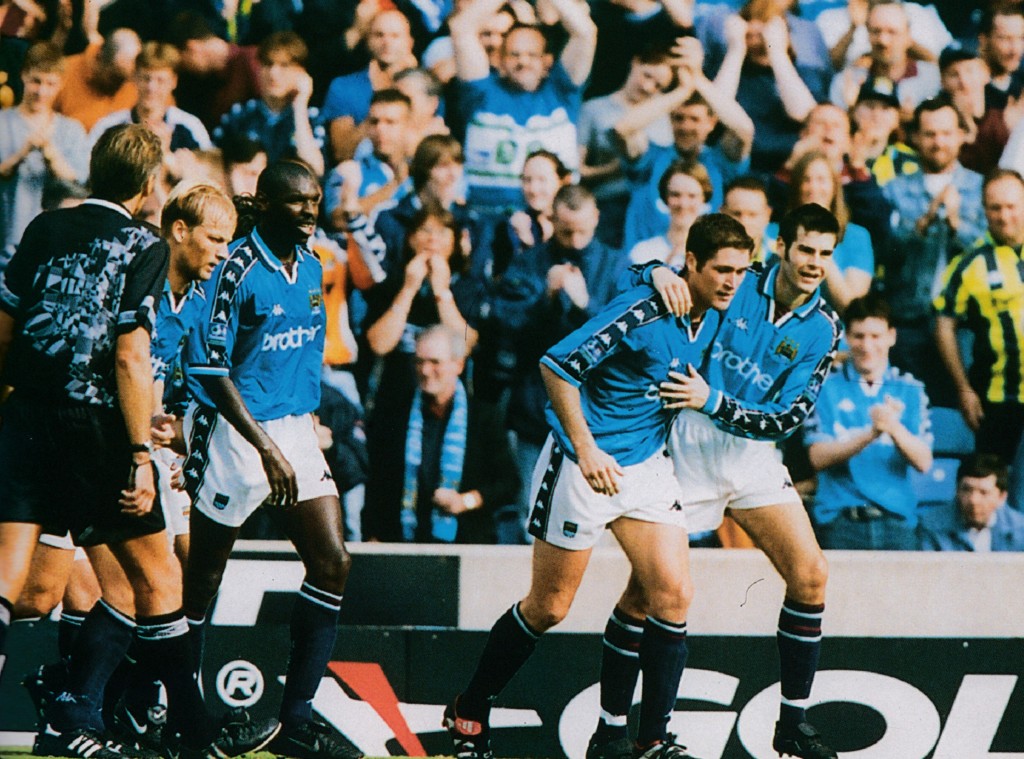 It was a day City’s leading scorer will want to forget, after amassing seven goals already this season he thought he’d scored his 8th but it was ruled offside, he then missed a sitter right in front of goal when it was easier to score and to try and make amends, when City were awarded a penalty in the second half he stepped up before The Blues usual penalty taker Jamie Pollock but had his spot kick saved.
Joe Royle’s men had gone a goal behind just before the half hour, but were level before the break thanks to a rare goal by City’s £3m man Lee Bradbury, who headed home a Richard Edghill cross.
Chesterfield had a man sent off in the second half but thanks to Shaun’s off day and a lacklustre general team performance City dould not find a winner. 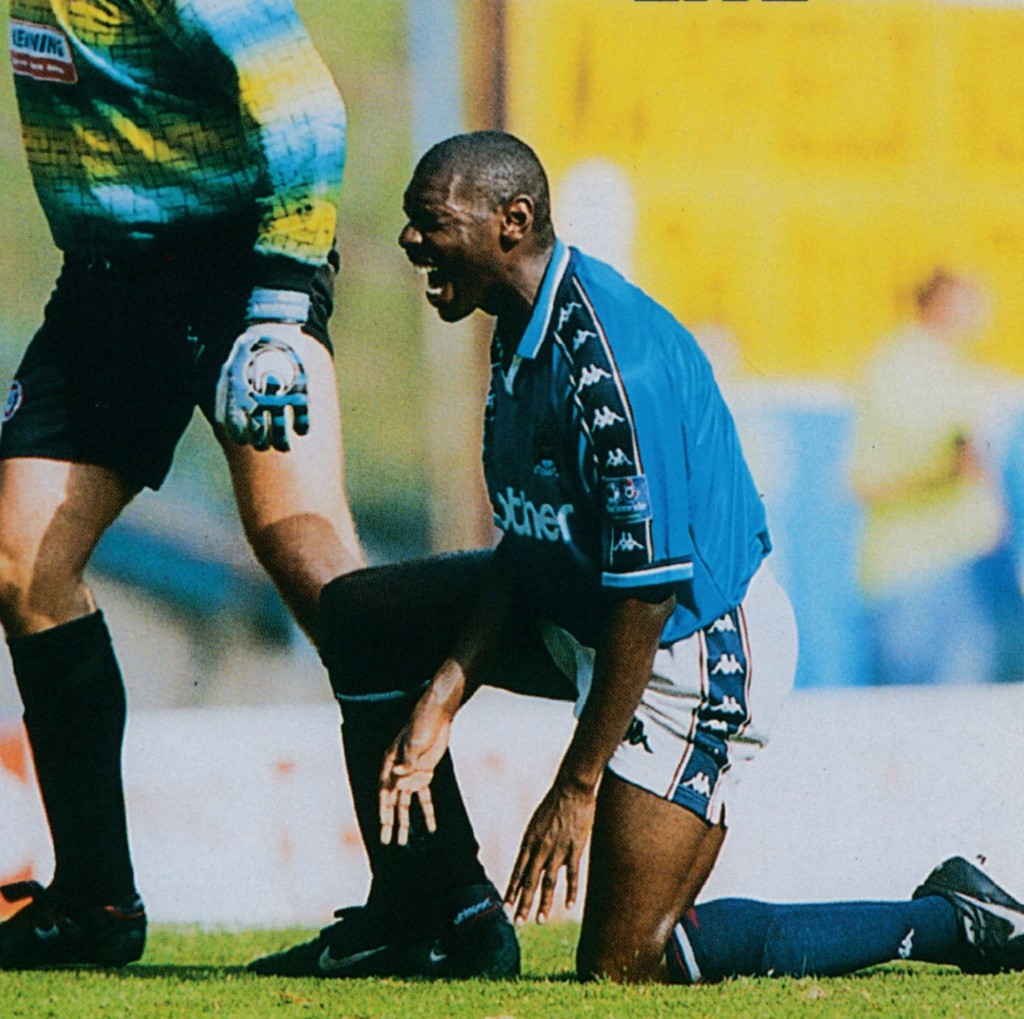 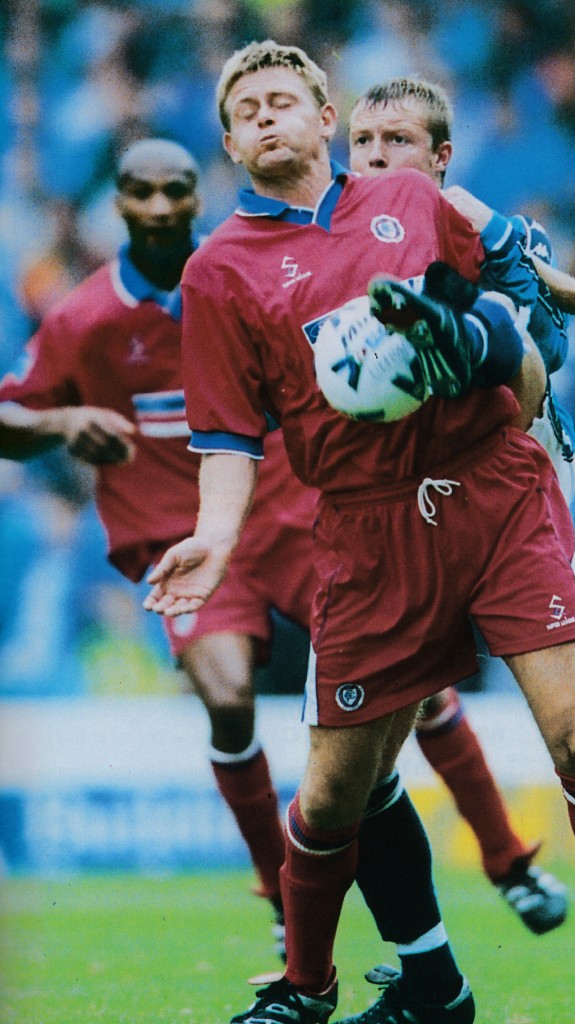 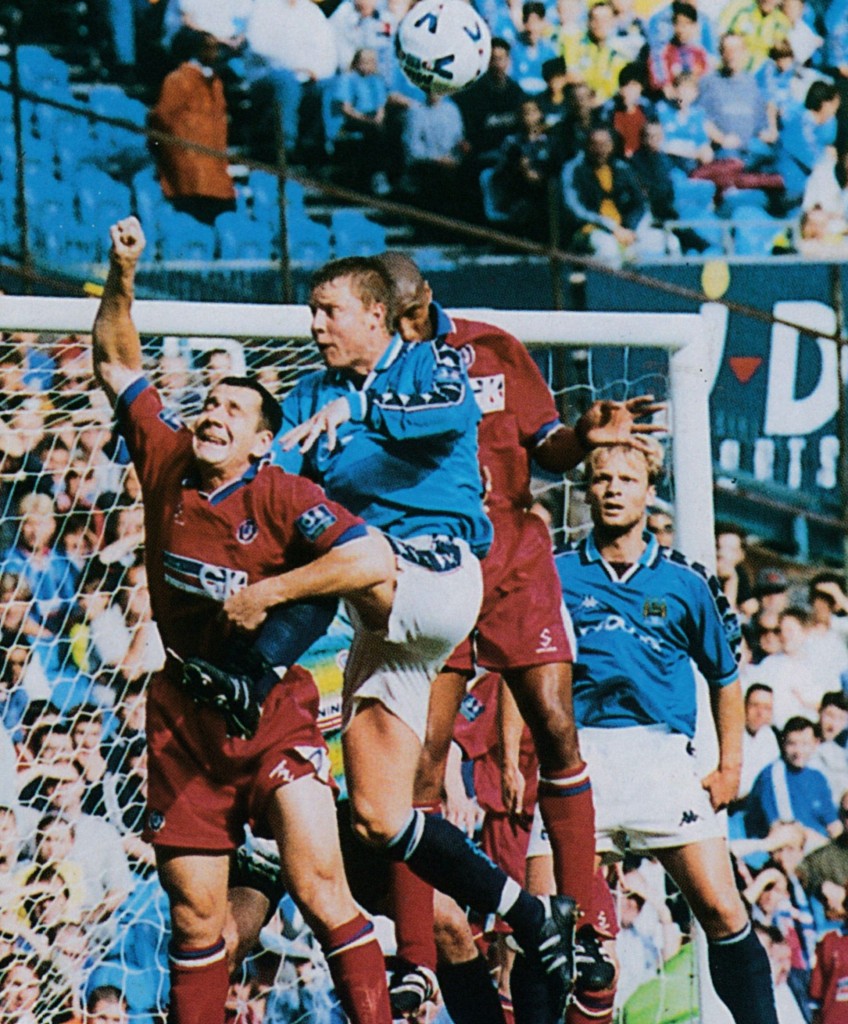 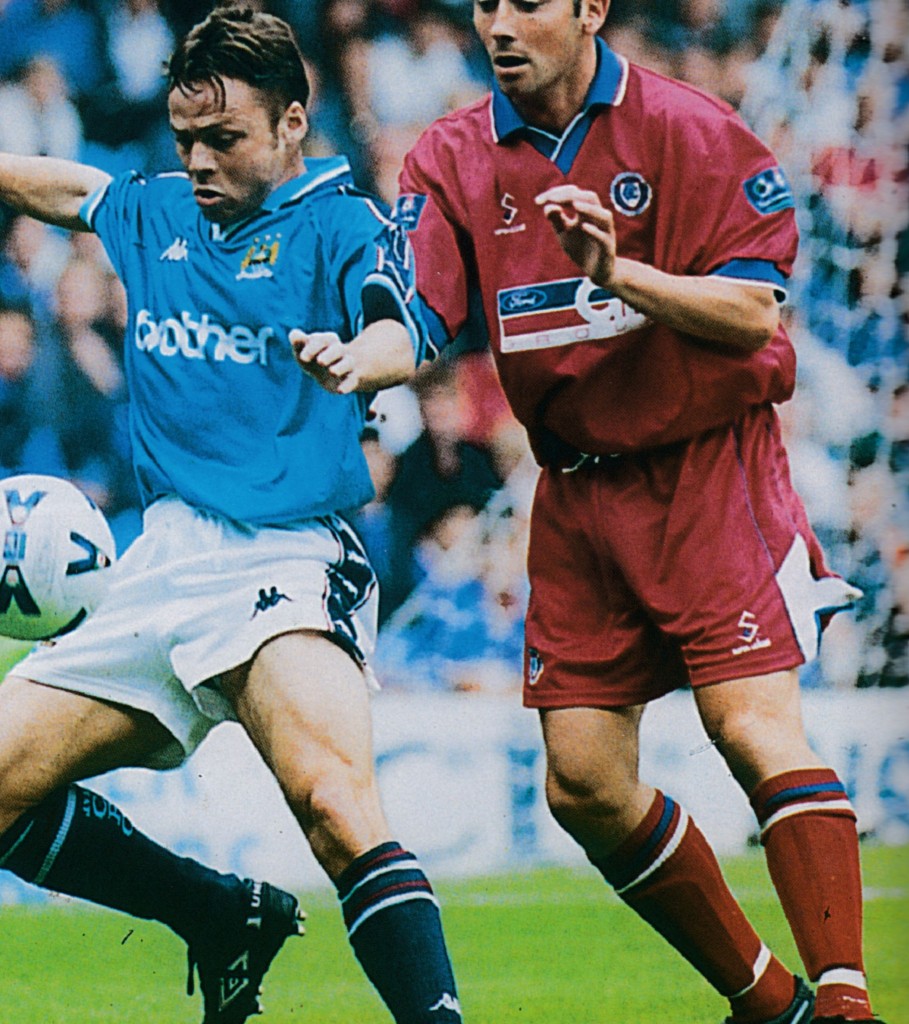 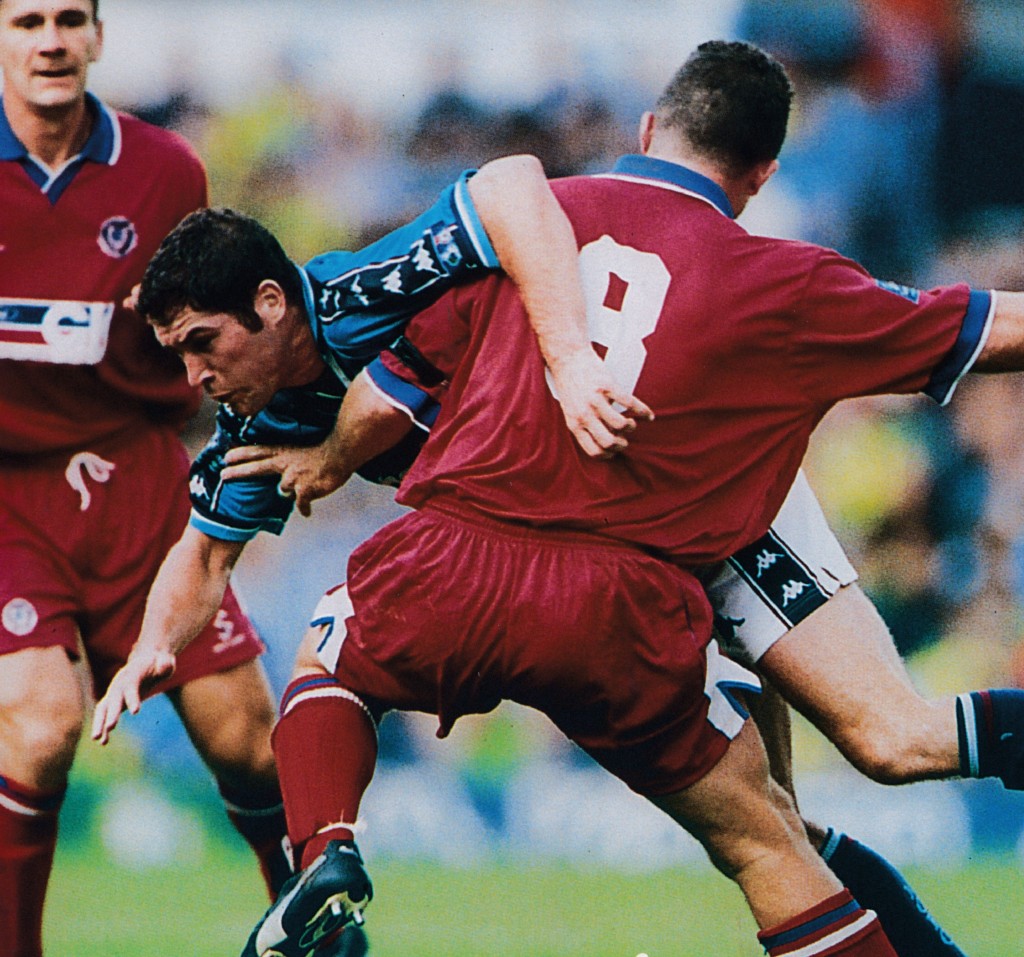