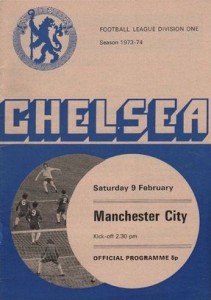 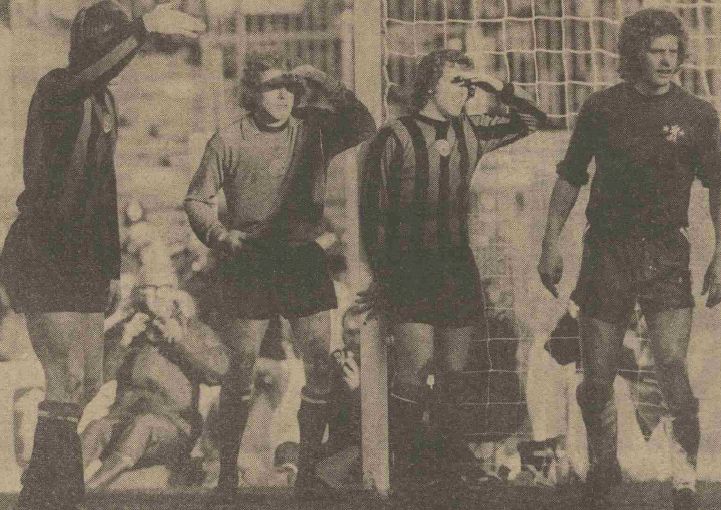 City went into the game at Stamford Bridge with a very lightweight attack; Marsh, Law and Lee all missing through injury. And Russell Davies in the Observer described Chelsea’s victory: ‘Played on a wet, green fudge in ludicrously ironic sunshine, the match was a comfortable, if soggy, stroll for Chelsea.’
The only goal of the game came in the seventh minute, described by Peter Gardner in the Manchester Pink Final ‘Webb met a superb cross from Bill Garner to head a perfect goal on a pitch churned up by persistent morning rain. It was a courageous goal by Webb. In addition to having three stitches in a head wound he had received at Leeds last week he had recently had another four in an eye injury.