FROM THE PRESS  BOX

Despite the scoreline and two excellent goals from Manchester City, Malcolm Allison’s team of strangers are still trying to get to grips with his new tactics and Alan Mullery’s Brighton played like the strangers they are to the First Division. Brighton started the game as if they had decided to settle for a point, playing four men in midiield and leaving Maybank and Ward to compete against the City back four and their Yugoslav sweeper Stepanovic. There was a distinct lack of cohesion between their two lines of players stretched across the park. Under the new regime at Maine Road there have been changes behind the scenes as well as in the playing staff. The players’ traditional late lie in on the morning of the game has been abandoned for 8.30 a.m. training, there are posture and balance exercises, and Don Revie style dossiers on the opposition. There is also emphasis on what Malcolm Allison calls ” running power,” enabling players to make surging runs from deep positions to attack. It was from one of these runs that Power, the left back, scored City’s first goal in the 24th minute.

He ran 40 yards into space, collected a well-timed pass from Silkman and ran on for another 15 yards past two defenders to fire a low shot past Steele. in their first real attack in the 34th minute Brightwell’s two best players. Ward and Maybank, combined to equalise. Ward turned, quick as a snake, and forced Corrigan to make a good save but the goalkeeper palmed the ball upwards and Maybank hurried in to head his second goal of the season. Mike Channon scored City’s second goal. Channon was dropped from the two opening games of the season because he made rude remarks about his managers tactics. in midweek he turned down an opportunity to become player-manager of Blackpool and on Saturday he spent the afternoon turning against the Brighton back four.
Just on half-time we had another example of City’s attacking from the deep when Channon sent Silkman away down the left, the midfield player outdistanced Horton and cut the bali back for Channon to score from the edge of the area.
PUBLISHED IN THE GUARDIAN 27TH AUGUST 1979 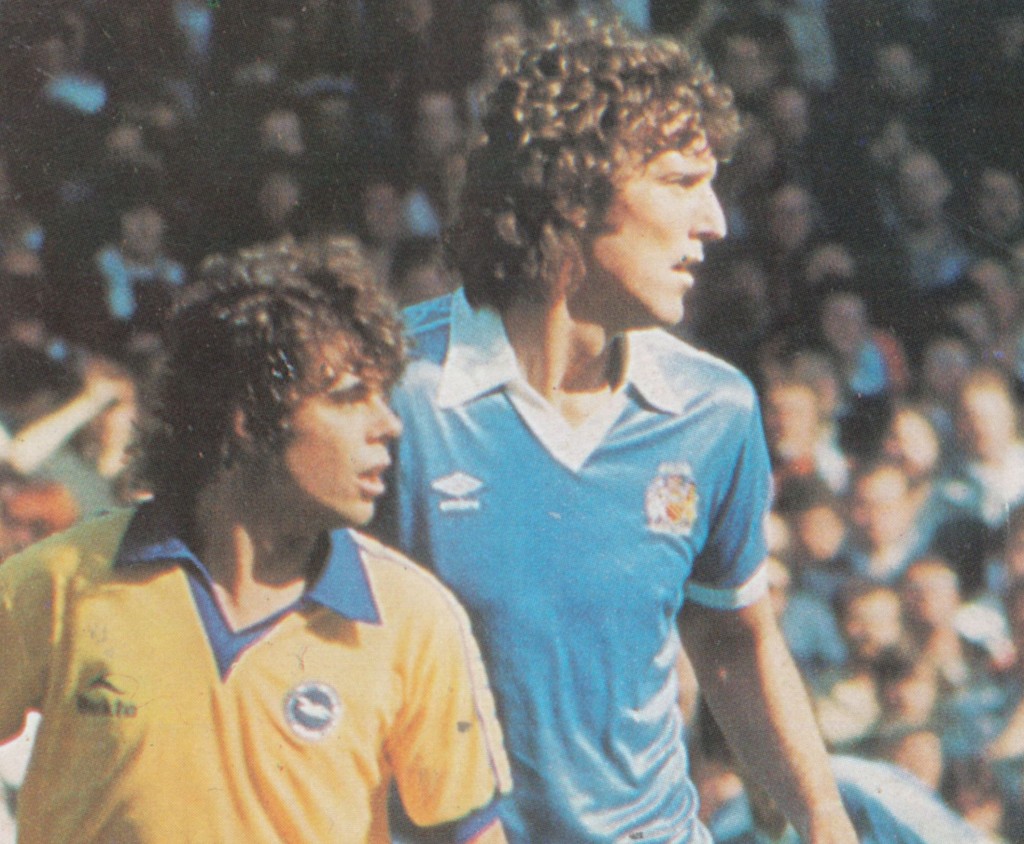 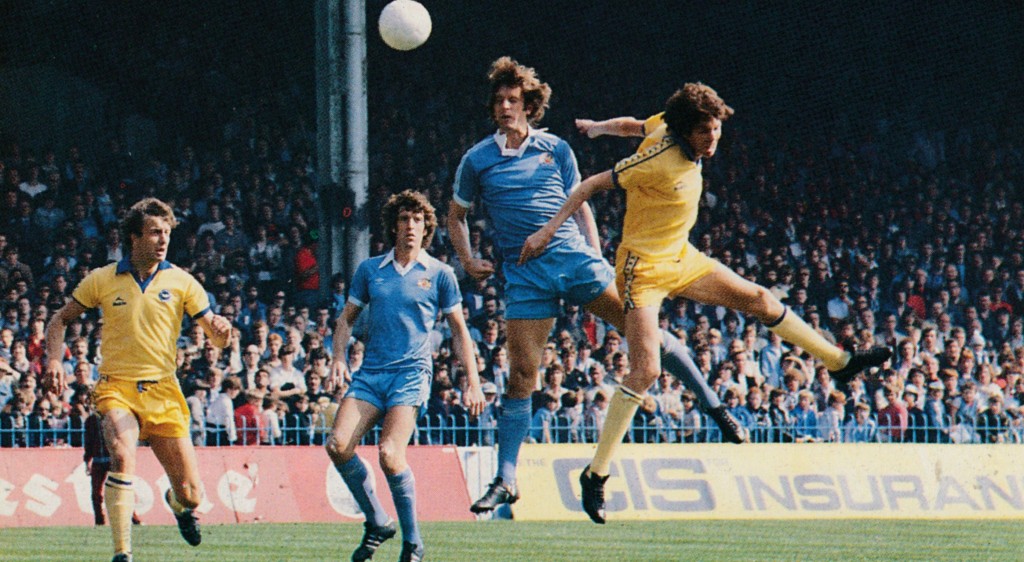 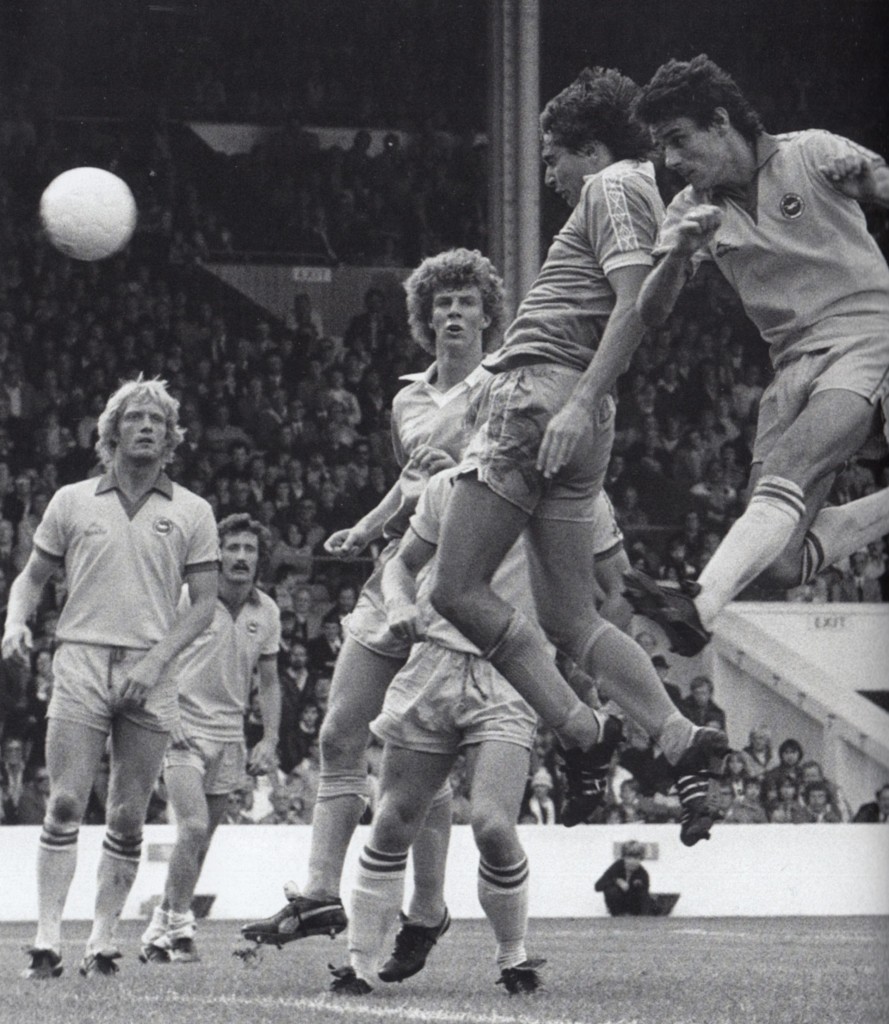