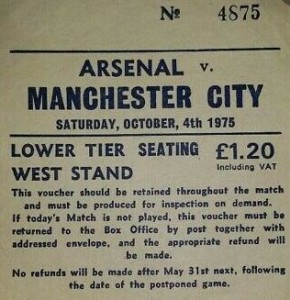 Asa Hartford scores City’s first away goal of the season 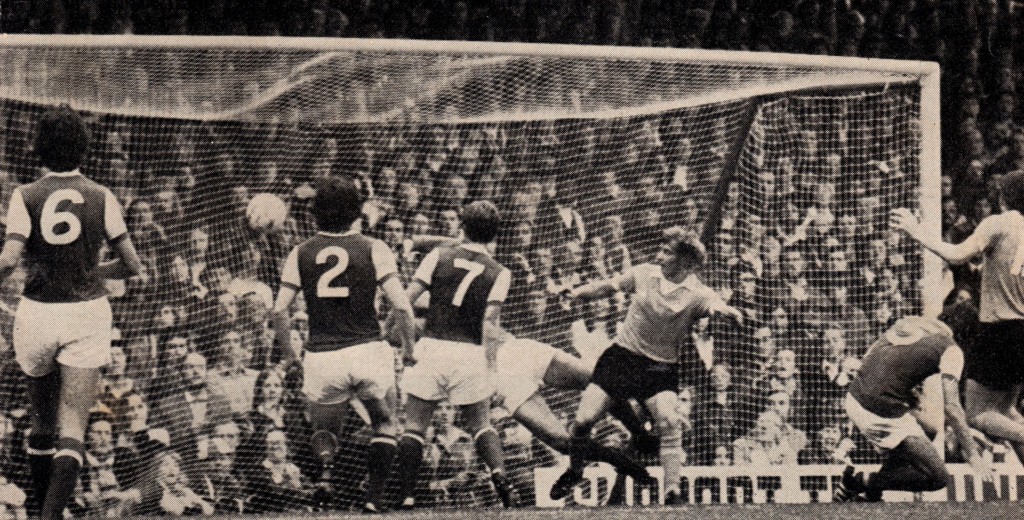 October 4th 1975 provided one of those rarities for City fans to savour – a win at Highbury. Away wins had become something to be only dreamed about, so to go 3-0 up a minute into the second half sent the travelling supporters into a frenzy of delight, especially at the Arsenal citadel.
Let the goals tell the story. City lost Dennis Tueart through injury on the halfhour, Paul Power replacing him, and then proceeded to take the lead through Asa Hartford. Rodney Marsh teased the defence on the left before slipping the ball to Willie Donachie, who, in turn, crossed to the far post. Colin Bell nodded the ball back into the middle and Asa’s first header came back to him off `keeper Jimmy Rimmer. His second found the net.
A minute after the break Hartford charged down the middle of the park and the home side made no challenge as he found Joe Royle. Big foe moved towards the goal and let fly a wicked shot into the top corner.
Then Marsh got in on the act. Again the defence failed to clear the ball and Bell saw a chance of cashing in. He gained possession and moved to the right hand side of the area before chipping in a delicate centre. Marsh, equally delicately, nodded the ball out of Rimmer’s reach. But Arsenal weren’t finished and they began a fightback which brought them two goals. Firstly, Alan Ball, hit one from 20 yards, the ball going in off the bar following a good build-up by Frank Stapleton and Alex Cropley. It was the latter who scored the final goal of a pulsating game after 65 minutes.
ADAPTED FROM AN ARTICLE IN THE CITY PROGRAMME 4TH OCTOBER 1995