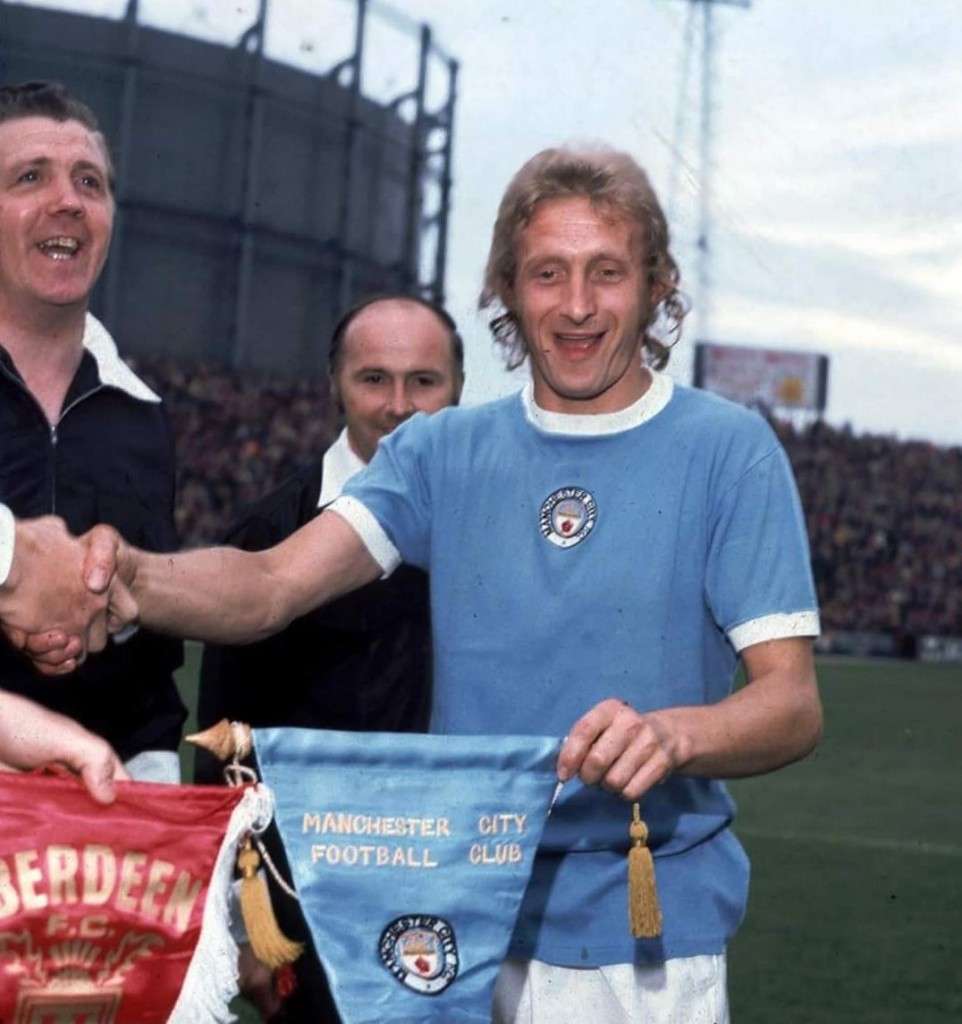 Although there was a doubt whether Francis Lee would have his registration to play cleared in time — the South African club where he guested during the summer had not signed his release form as they had been requested to do,  the City striker got a last- minute reprieve to appear. And promptly celebrated by scoring the winner within two minutes of the resumption after half-time.
Particular performances of note came from Rodney Marsh, in a midfield role for the first time, skipper Law, while Joe Corrigan made some distinguished saves in the first half.
FROM THE CITY PROGRAMME 18TH AUGUST 1973