It was not a fact that any City fan wanted to hear but City started the season for the first time ever in the third tier of English football, following the traumatic relegation from Division 1.
The Blues had to cut their cloth, and stars, Gio Kinkladze and Uwe Rosler both left the club in the Summer, in addition club captain Kit Symons also left.
Kinkladze moved to Ajax for around £5M. In his parting shot the Georgian stated that, had he been picked more for the end-of-season run-in, City would not have been relegated and he would not have left. Joe Royle retorted “His parting shot was like all his others…delivered from a long way out and hopelessly wide of the mark. I selected Kinkladze for three matches. In two he was totally anonymous. In the other one he was abysmal.”
Rosler Ian Brightwell and Symons moved away on ‘frees’ Rosler to Kaiserslautern, Brightwell to Coventry and Symons to Fulham. 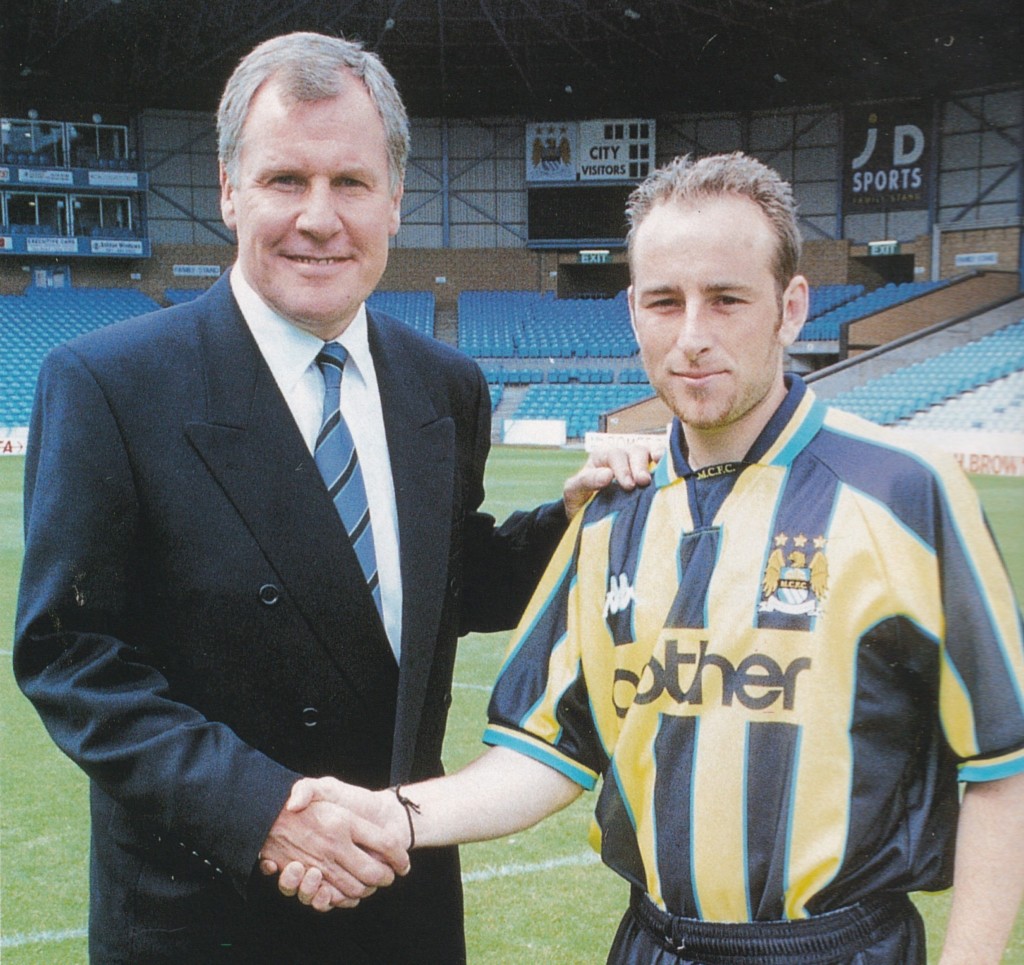 The play-off final will go down as one of the most amazing and memorable days in City’s history. The Blues were odds on favourites but Gillingham scored two second half goals to put them 2-0 up and with just 1 minute to go it seemed Joe Royle’s side were doomed to stay in the second Division and possible obscurity
What happened next is still unbelievable for many City fans. With thousands of fans dejectedly streaming out of Wembley Kevin Horlock scored what was thought would be City’s consolation goal in the 89th minute, As Gillingham kicked off the 4th official showed 5 minutes added on time and suddenly there was a buzz amongst the City fans left in the stadium and with just one minute of injury time left Paul Dickov booked his place in City’s Hall of Fame by equalising and taking the game into extra time. The game ended 2-2 and City won 3-1 on penalties with Nicky Weaver saving two penalties. City had avoided a defeat that could have left them in oblivion, instead they were being promoted back into the second tier of English football.