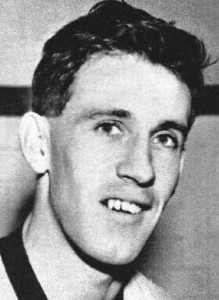 Clive was born in Hull on 27th April 1934 and was signed by Hull on amateur forms in 1950 after some good displays on the wing for Yorkshire Boys.
He turned professional in May 1952 when he joined Leeds, but he never played a game for them due to a call up for National Service, and eventually joined York in 1955, where he made 37 appearances, scoring 14 goals.
He moved on in 1957, joining Workington Town, where he stayed for 13 months scoring 8 times in 46 appearances, then 4th Division Crewe paid Workington £1,500 for his services, there he scored 8 times in 29 appearances.
City were impressed with Clive and paid £10,000 in May 1959. He made his debut in August 1959 against Nottingham Forest and impressed in his first season scoring nine goals, however he then struggled to hold down a place, he ended up playing 62 times for City scoring 12 times, and then he moved on again to Wrexham in February 1962, making 108 appearances and scoring 33 times.
He retired professionally in July 1965, but went on to play non-league football with Altrincham and Rhyl.
Whilst living in retirement in North Yorkshire Clive died in March 2014 aged 79.