This was Francis Lee’s debut following his move from Bolton, and although not match fit, his performance was possibly the highlight of a very average City display.
The Blues were two up within 22 minutes, however they squandered several chances and let Wolves back into the game in the second half.

City’s first goal came after 10 minutes when Doyle found a yard of space in the box and smashed the ball passed Parkes.

12 minutes later a cross from Colin Bell was pushed out unconvincingly by the Wolves’ custodian, and Young acrobatically volleyed the ball into the net.
Unfortunately The Blues couldn’t add to their early two goal salvo and Wolves began to make chances of their own in the second half and can feel aggrieved that they didn’t end up with at least one goal. Mike Bailey had the ball in the back of the City net, however couldn’t believe it when referee, Pat Partridge pulled the play back to give Wolves a free kick for an earlier foul instead of playing advantage.
Then Derek Dougan, who had been well marshalled for most of the game by George Heslop, thought he’d scored in the 76th minute, however his excellent header was ruled offside.
Colin Bell and Dougan were both booked in a game you could describe as untidy rather than dirty. 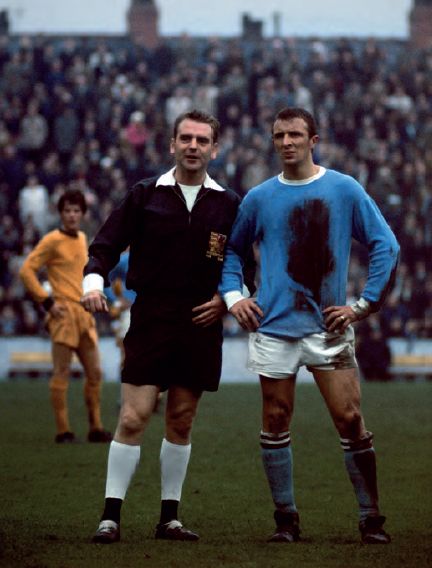