FROM THE PRESS ROOM SHAUN GOATER emerged from the wilderness last night to force Manchester City into a quarterfinal clash with Ipswich. The Bermuda striker, who has been plagued by a knee injury, scored his first goal of the season to edge out Wimbledon. City boss Joe Royle has waited four months to pair his £3.65m signing Paulo Wanchope with the striker whose 29 goals were the major reason why City won promotion to the Premiership. While Wimbledon went ahead in the 12th minute through Andy Roberts, Wanchope and Goater struggled to gel. Wanchope tapped home the equaliser in the 26th minute but that was thanks to some explosive work from Shaun Wright-Phillips, whose long-range shot was too hot for goalkeeper Kelvin Davies. But in the 81st minute the striking partnership suddenly bore fruit, Wanchope’s overhead flick finding his new partner unmarked and Goater, who had earlier hit a post, rifling his shot low into the corner. City had lost their last five Premiership matches and Royle said: ‘We have waited 15, 16 games to bring Goater and Wanchope together. They may not look pretty but they are both quick and sharp. And Goater is our predator, our goal thief. ‘It is that kind of predatory instinct we have been missing.’ Yet, while Goater emerged as the match-winner, the show-stealer was again the new star of Maine Road, Wright-Phillips. ‘He will always catch the eye,’ said Royle. ‘The little fella is so positive. He runs at people, which is a dying art in football.’ Wimbledon manager Terry Burton admitted that while his side’s start gave him hope, City ‘s momentum finally took its toll. ‘In the end, even if we defended well, we could not return their pressure after they stepped the game up,’ he said. THE DAILY MAIL 3OTH NOVEMBER 2000

THE GOAT SHOOTS CITY INTO THE QUARTER FINALS 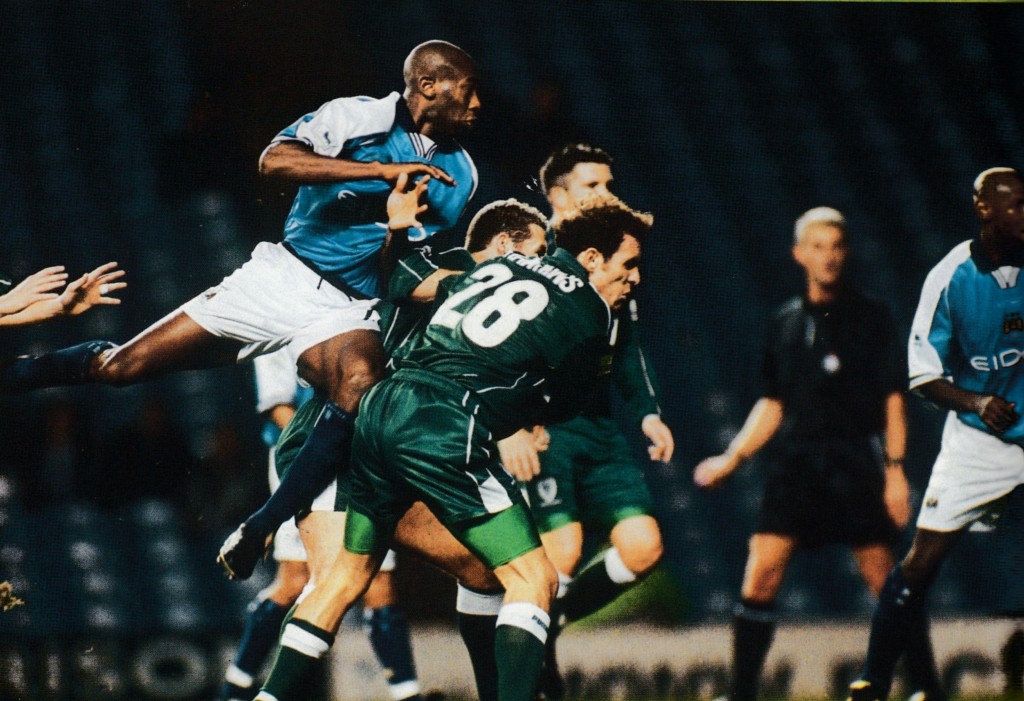 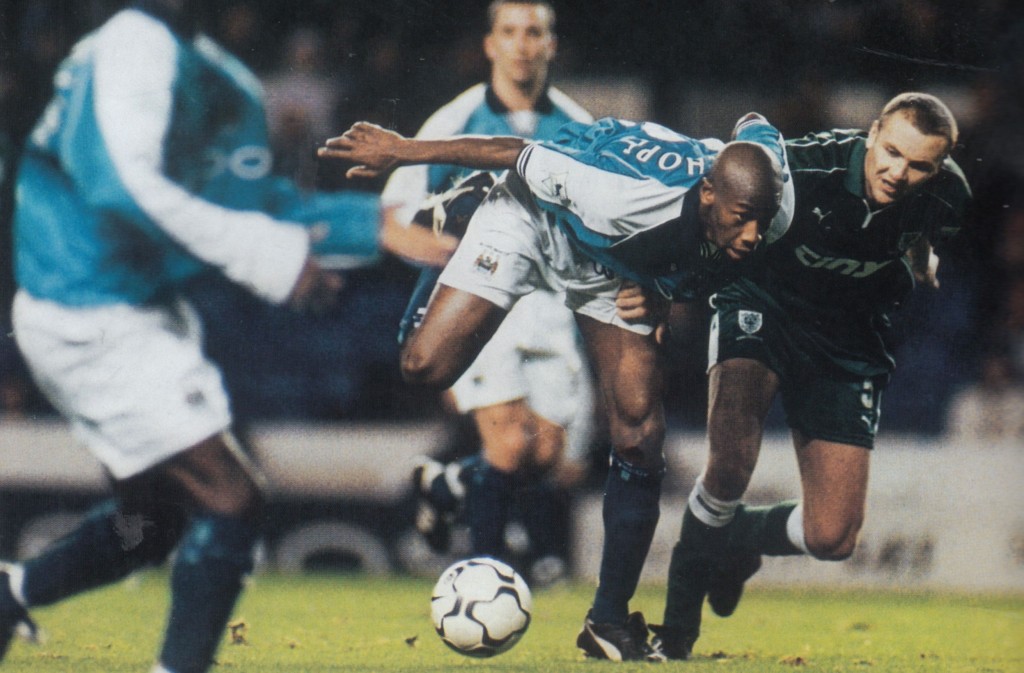 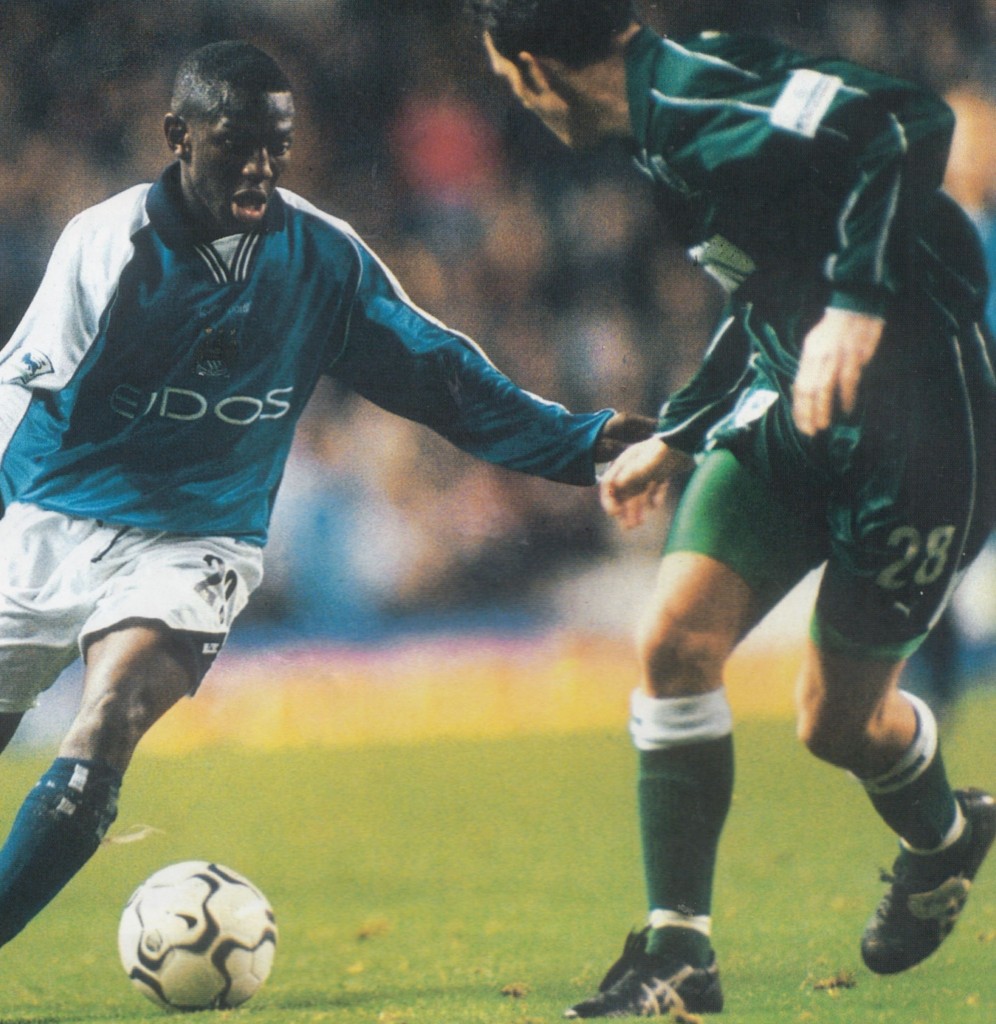 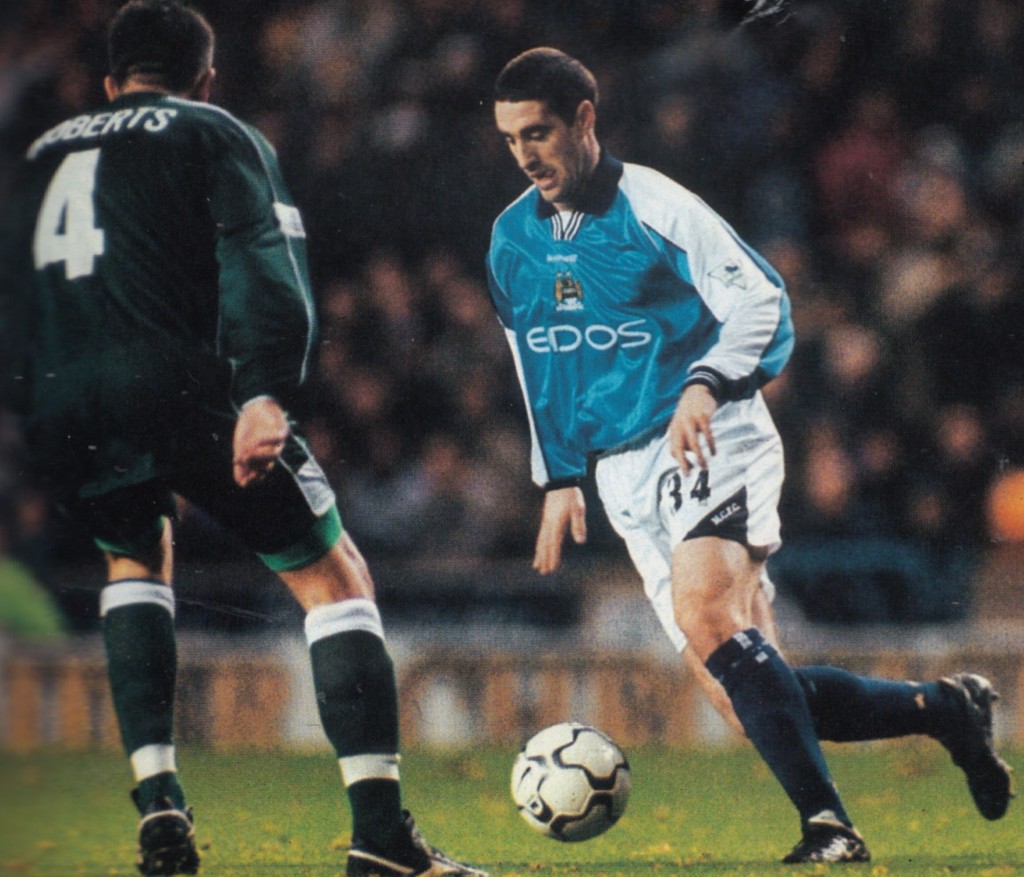