PAUL POWER SCORES THE FIRST OF HIS TWO GOALS

The Blues were full of confidence, having achieved a 2-2 draw in a thrilling derby at Old Trafford, and the Wigan chairman, Freddy Pye, was looking forward to the encounter with relish.
The visitors were under strength through injuries, and it has to be said that they were also out of luck.
Paul Power was the destroyer-in-chief, finding the net twice before the break. “I hadn’t scored since the opening day of the season,” he remembers, “so it was pleasing to get two on the night.
“The first was after 36 minutes. Kevin Reeves latched on to a clearance and put it back in to the six-yard box. I suddenly saw a gap and launched my head at the ball – and happily connected.”
What Paul fails to mention is that his header was an extremely courageous one in a very crowded situation. His second goal was shrouded with controversy. “I remember Asa Hartford playing a ball through to me and I somehow got tangled up with the full back, John McMahon, when he came in to tackle. It looked worse than it really was, and neither the ref nor the linesman saw anything wrong, and there we were, two-nil up.”
The Wigan player-manager, Larry Lloyd, was so upset that he spoke his mind too volubly to the referee at half-time and was banished to the stand for the second half.
ADAPTED FROM AN ARTICLE IN THE CITY PROGRAMME 4TH OCTOBER 1995 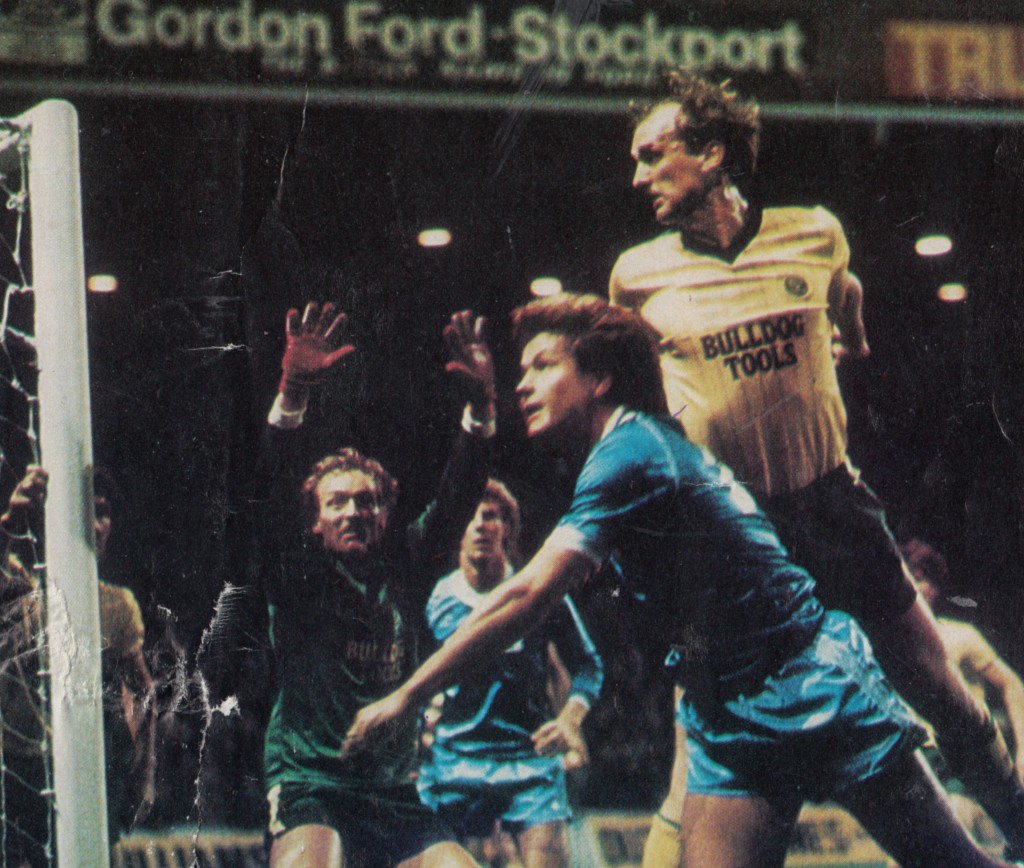