…The Hammers, without injured Alvin Martin and in form striker Dave Swindlehurst, were second best in just about every department and one of the few bright spots of their day was the promise of teenager Alan Dickens in midfield.
The Blues showed a sense of urgency straight from the kick-off and took the lead in the 13th minute when Kevin Bond’s lofted free kick arrived at the far post for Bobby McDonald to head past the helpless Phil Parkes.
It was quickly improved to 2-0 when Billy Bonds was judged to have handled after an Asa Hartford corner bounced unchecked near the six yard box. Dennis Tueart rapped in the 21st minute award. It was justice, a few minutes earlier Paul Power was entitled to expect a penalty after being brought down by Ray Stewart on a breakthrough, but the plea was rejected.
The Hammers were thin on chances. Alan Devonshire’s threat was often subdued by the man-marking of Nicky Reid and the two front men showed little effective movement. The thundering shot which did shake City was fired in by Stewart, a 50 yard free kick which was spectacularly turned away by Alex Williams.

The Hammers were exposed for pace, as you’d expect with a pair of defenders, Frank Lampard and Bonds,  boasting 32 years service between them. The visitors were vulnerable in the air without the masterly presence of Martin.
City’s central defenders never had such problems and Bond was in exemplary form, powerfully supported by Tommy Caton, though both players had needed |ast  minute fitness checks.
Hammers manager Johh Lyall was generous afterwards: ”’City’s attitude was tremendous. They played very well and thoroughly deserved their win’
City’s boss John Benson agreed: “The spirit here has been magnificent, day in, day out. lt really was good to see some reward for our efforts, but not before time. l was especially pleased with Caton and Bond. They are going through a tremendous amount of pain with their injuries?
Benson also had a consolation word for the Hammers: “What a fine future young Alan Dickens looks as though he can have in the game”.
FROM AN ARTICLE PUBLISHED IN THE CITY PROGRAMME 21ST SEPTEMBER 1985 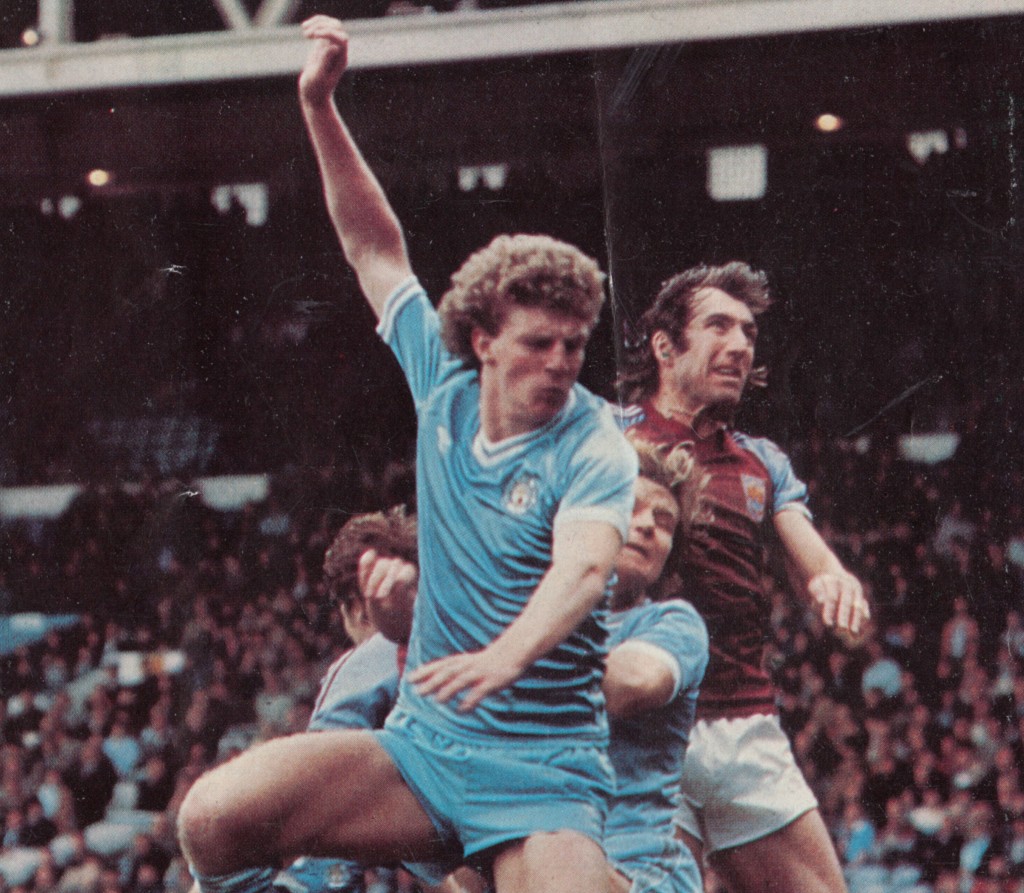