DAVE BENNETT EQUALISES FOR THE BLUES TONY HENRY HEADS IN THE WINNER With the carrott of a semi-final place City were hoping that home advantage would see them through, however they were on the back foot as early as the 4th minute when Tommy Booth attempted a clearance in the box and unwittingly sliced the ball past Joe Corrigan to give the Baggies the lead. The Blues rallied quickley and just 8 minutes later Kevin Reeves skillfully back heeled the ball to David Bennett and the youngster hit a low drive to score the equaliser. The game was more guile than skill as Bryan Robson ran the game for the visitors and Steve MacKenzie, perhaps giving his best performance since joining the club, matched the Baggies’ veteran in a very competitive midfield. City eventually got the winner on the hour as Tony Henry met Dave Bennett’s cross to head City into the semi-finals. The Blues were put under pressure as West Brom Tried for an equaliser, however Joe Corrigan made a couple of excellent saves to keep the Black Country team at bay. 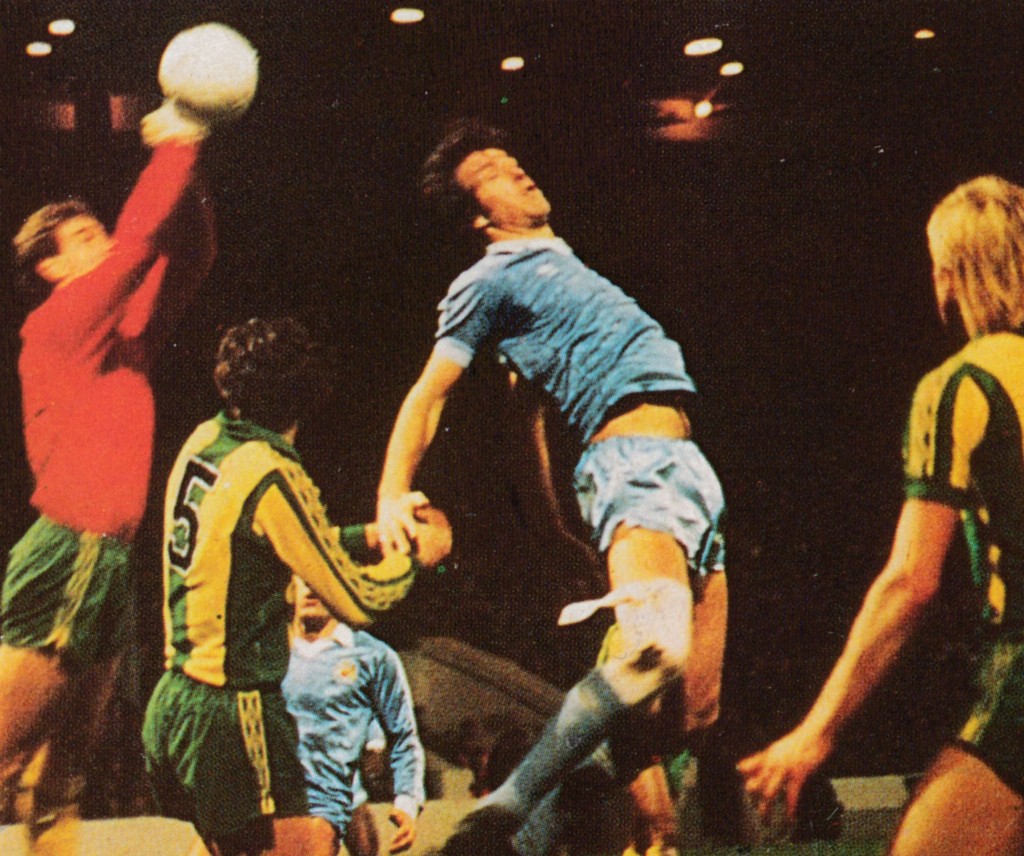 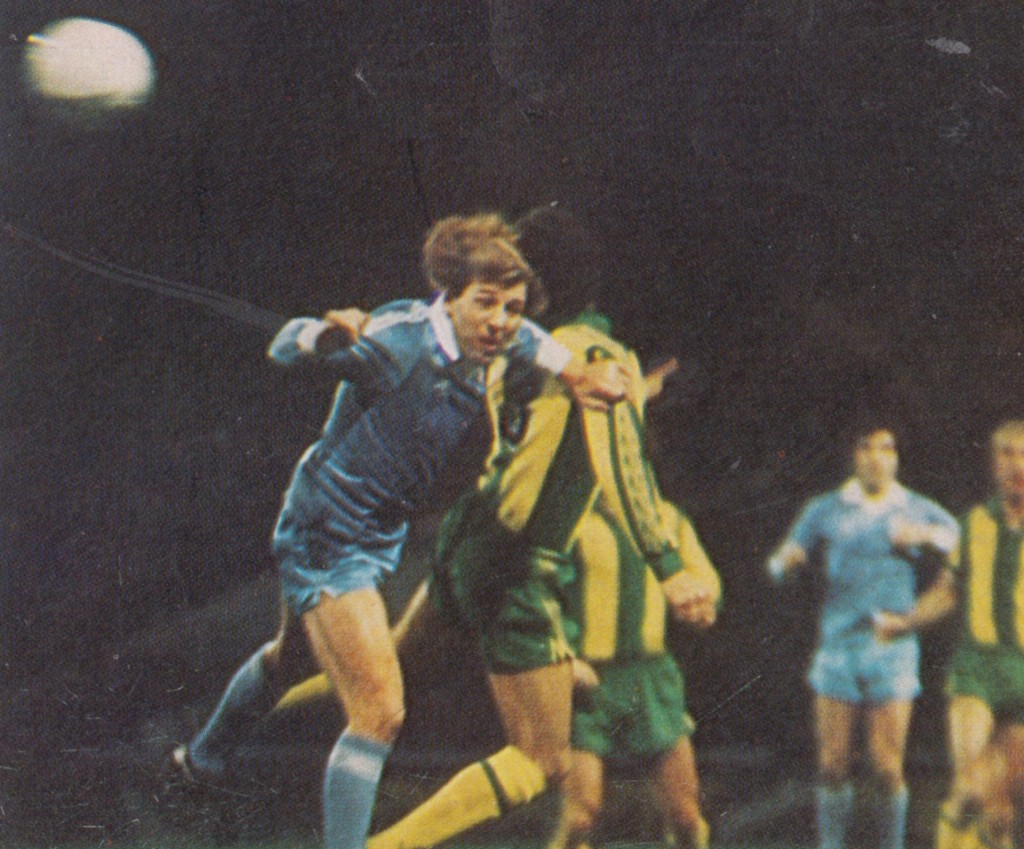 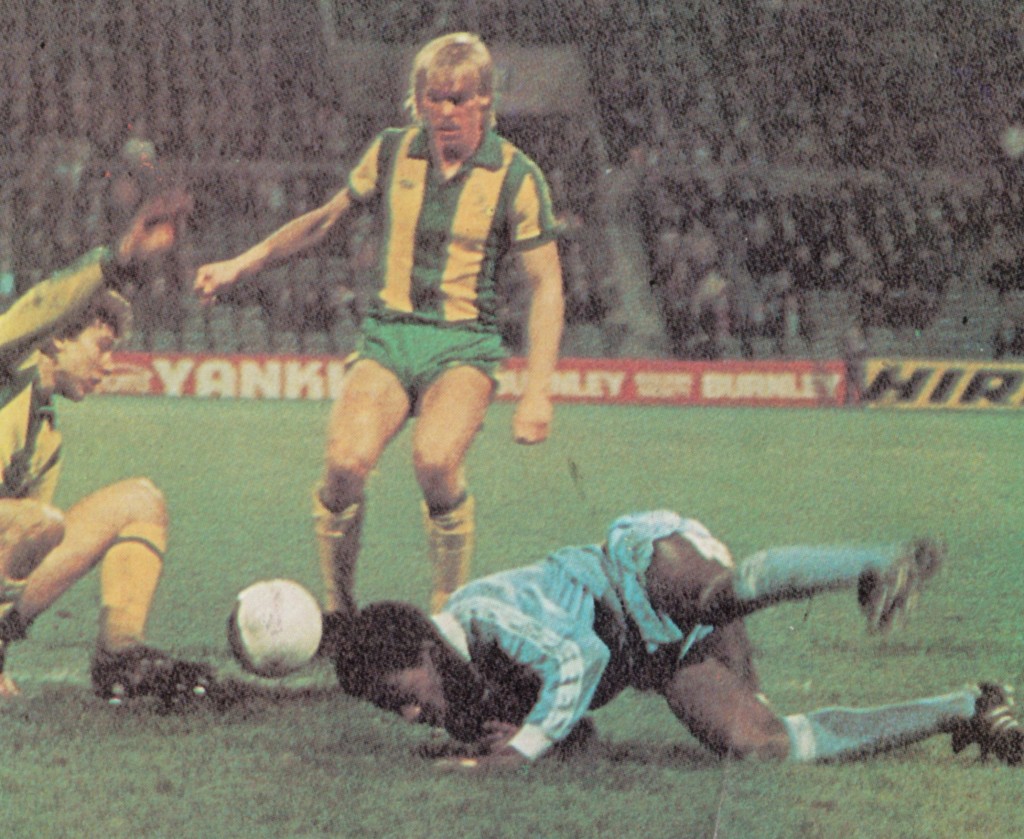 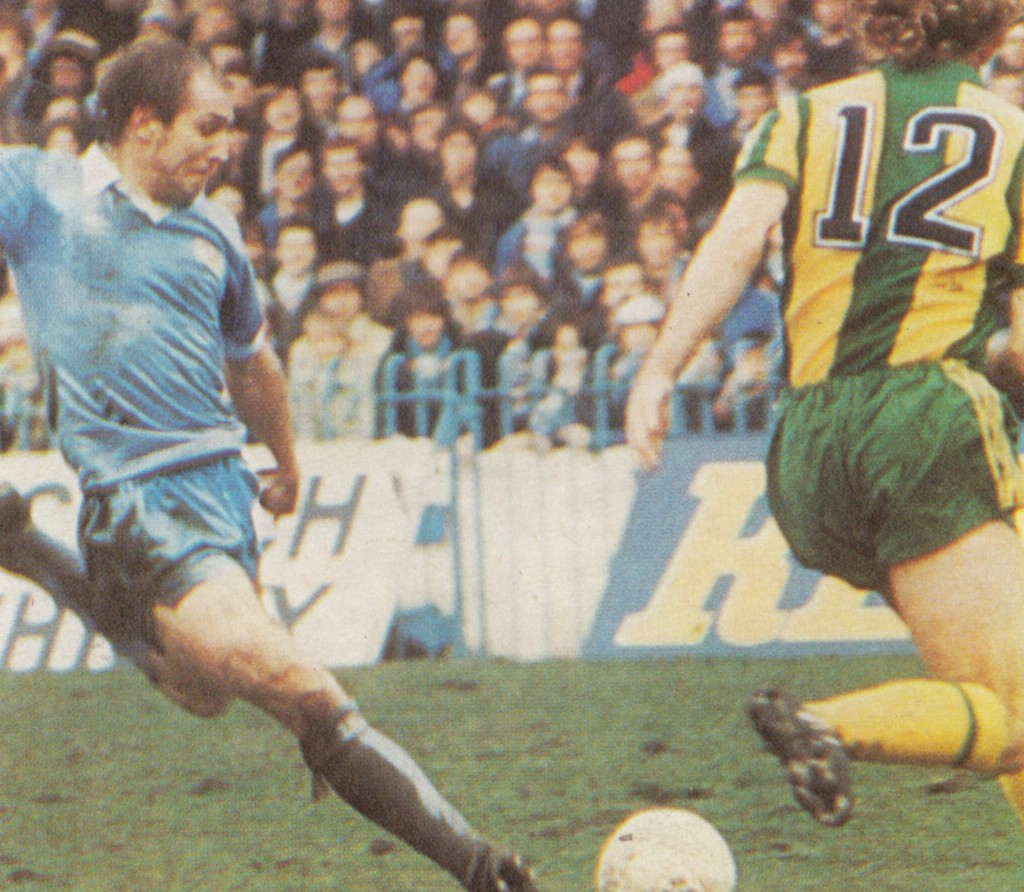