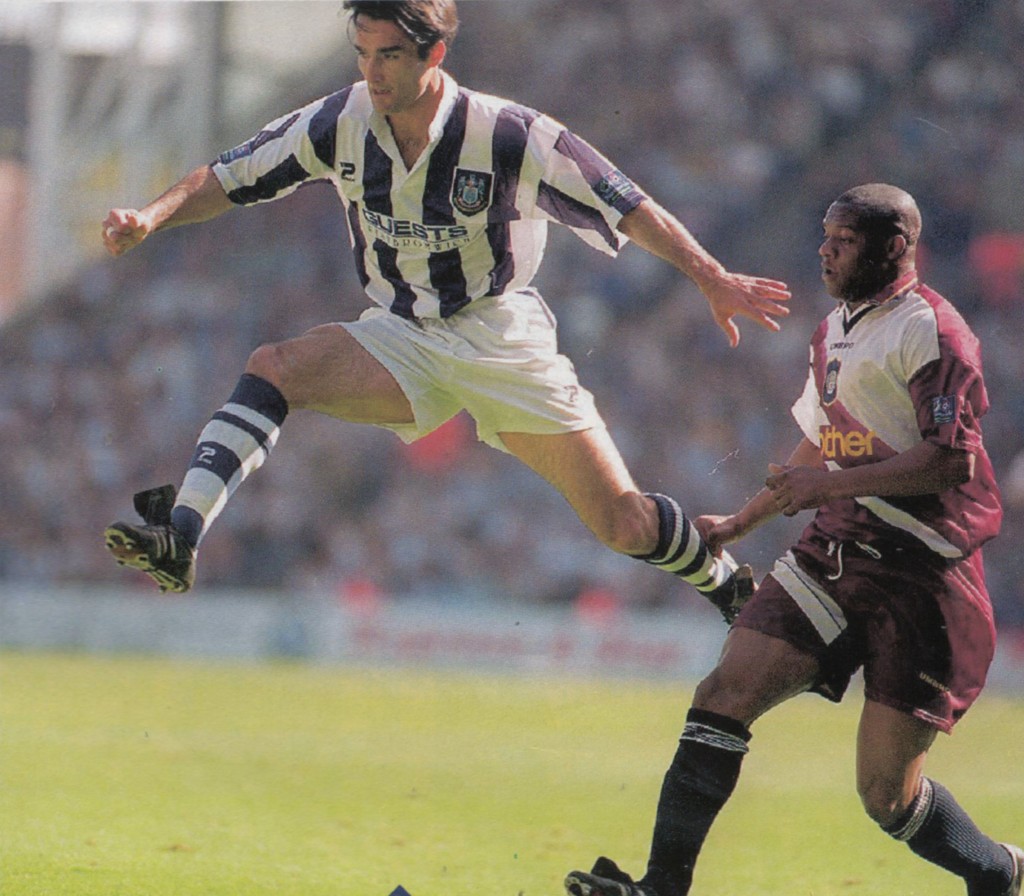 Having scored two penalties in City’s 3-2 victory at The Hawthorns five months earlier, Kinkladze had a hand in City’s first two goals. They took the lead after just three minutes when the Georgian ace supplied the cross for the unmarked Uwe Rosler to head past Alan Miller.
City kept up their early pressure and went further ahead. Kinkladze opened up the Albion defence to send Brightwell away and his cross was headed in by Horlock. City goalkeeper Martyn Margetson was rarely troubled by the Albion attack in the first-half.
Top scorer Uwe Rosler netted the third goal sidefooting home Nicky Summerbee’s cross in the 34th minute. Shaun Murphy pulled a goal back for West Brom on the stroke of half-time. There was no further scoring in the second·half and the victory lifted City above Albion in the table.
FROM AN ARTICLE BY LEIGH EDWARDS PUBLISHED IN THE WEST BROM PROGRAMME 26TH DECEMBER 1999