lt was an amazing 12 minute finish by City to climax a truly dramatic week for the club in which John Bond had resigned as manager following the team’s woeful F,A. Cup exit at Brighton only 7 days earlier.
…A fifth minute tackle by David Cross caused Spurs their first problem, Ossie Ardiles being on the receiving end of the crunching collision and soon limping out of the game, lt proved quite a day for Cross since he also muffed some key chances yet saved the match with 7 minutes to go when, at the far post, he met a cross from Ray Ranson and headed past Ray Clemence. The striker’s first rebounded from the bar but he quickly pounced to head again, and on target,
Spurs, in 10th place themselves before the match following two successive drawn games, took the lead from the penalty spot after Nicky Reid had been penalised for a tackle on Terry Gibson. Busy Gary Brooke, who tested Joe Corrigan frequently with some useful shots, converted the award in the 68th minute. A crisp right-foot shot from Gibson made it 2-0 for the visitors only 8 minutes later. Yet Spurs should have been comfortably ahead before the interval as sub Mark Falco twice shot wide and Steve Perryman was just over the bar with an attempt.
Employing Kevin Bond as a striker the Blues finally started forcing errors from the Spurs defence and mastered their offside trap. A reply was threatened and there were efforts from Cross and Bobby McDonald against the woodwork.
A handling offence by Perryman, which was strongly contested, led to the home break-through, providing a penalty for Dennis Tueart to slam home. Then it was Cross’s turn to make amends and score. City were almost on the victory trail when a shot from Asa Hartford skimmed wide in the closing minutes.
lt was great entertainment for the spectators, though it sometimes was near the knuckle and brought bookings for Corrigan and Reid as well as Perryman, Ricky Villa and Garth Crooks. Villa displayed a lot of midfield enterprise, yet this was matched by Hartford as the little Scot orchestrated the fight back later in the second half. It was certainly an aggressive City in the remarkable finish which gave no indication of the club’s managerial troubles, and though it was only a draw there was a contented smile on the face of John Bond’s replacement, John Benson.
FROM AN ARTICLE IN THE CITY PROGRAMME 31ST AUGUST 1985 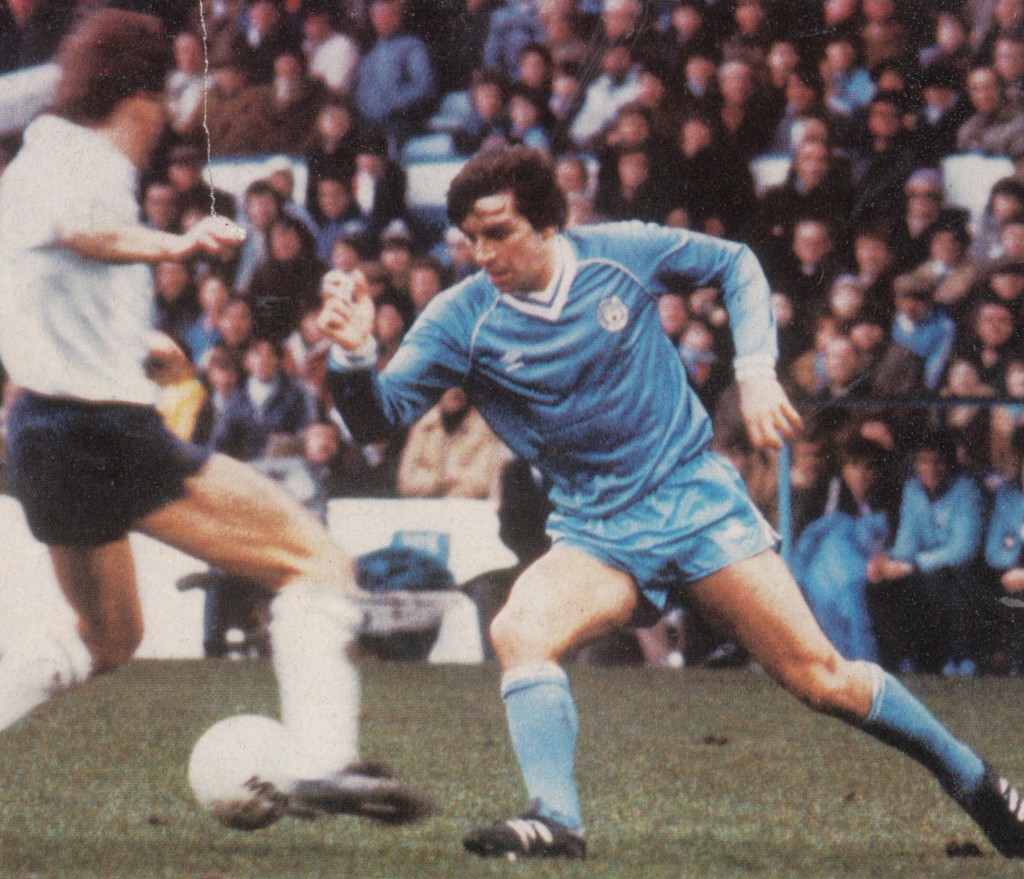