THE GOAT SCORES THE OPENING GOAL ON HIS HOME DEBUT Although Shaun Goater, who was playing his first home game, opened the scoring in the fifth minute, that strike was cancelled out a few seconds later by Aaron Wilbraham. Supporters were nervous, but Royle & Donachie had worked hard on City’s resilience. In the 32nd minute Jobson made it 2-1, and then 8 minutes before the break Lee Bradbury scored his fourth since his expensive transfer. In the 57th minute he added his fifth of the season. Supporters were shocked to say the least that Bradbury had found the net once, never mind twice! Royle was delighted: “All strikers go through barren patches – I should know and I was an experienced pro when I hit my worst patch – but when I told Lee in training he was going to be in the side I could see he was raring to go again.”
Thinking about his new striker Royle added: “I decided on a new pairing with Lee linking up with Shaun Goater, who I thought had an excellent home debut. Shaun scored the first goal which obviously settled his nerves and went on to give a superb all-round contribution.”
Another hero to thousands of fans that day was Stockport ‘keeper Eric Nixon. Former Blue Nixon gifted two of the goals to City and was warml,. greeted by the chant “Eric’s a City fan” from the North Stand It was not a particularly enjoyable day for Nixon who, at one stage, had to leave the tie to have stitches in his mouth after an aerial clash with Goater
FROM AN ARTICLE BY GARY JAMES IN THE CITY PROGRAMME 13TH OCTOBER from FEED THE GOAT  – There was a full house for my home debut against Stockport, and as I walked down the tunnel and heard the roar becoming louder and louder, then saw the crowd for the first time, the hairs stood up on my neck and I felt shivers down my spine.
…. There were about 32,000 people cheering and clapping as we ran out, and what an incredi,e feeling it was.
…. I knew I had scored a few against Stockport in the past and I was confident I could do it again. And I did, one of four we scored that evening in a 4-1 win. It was good to break my duck so early on.
FEED THE GOAT Shaun Goater with David Clayton 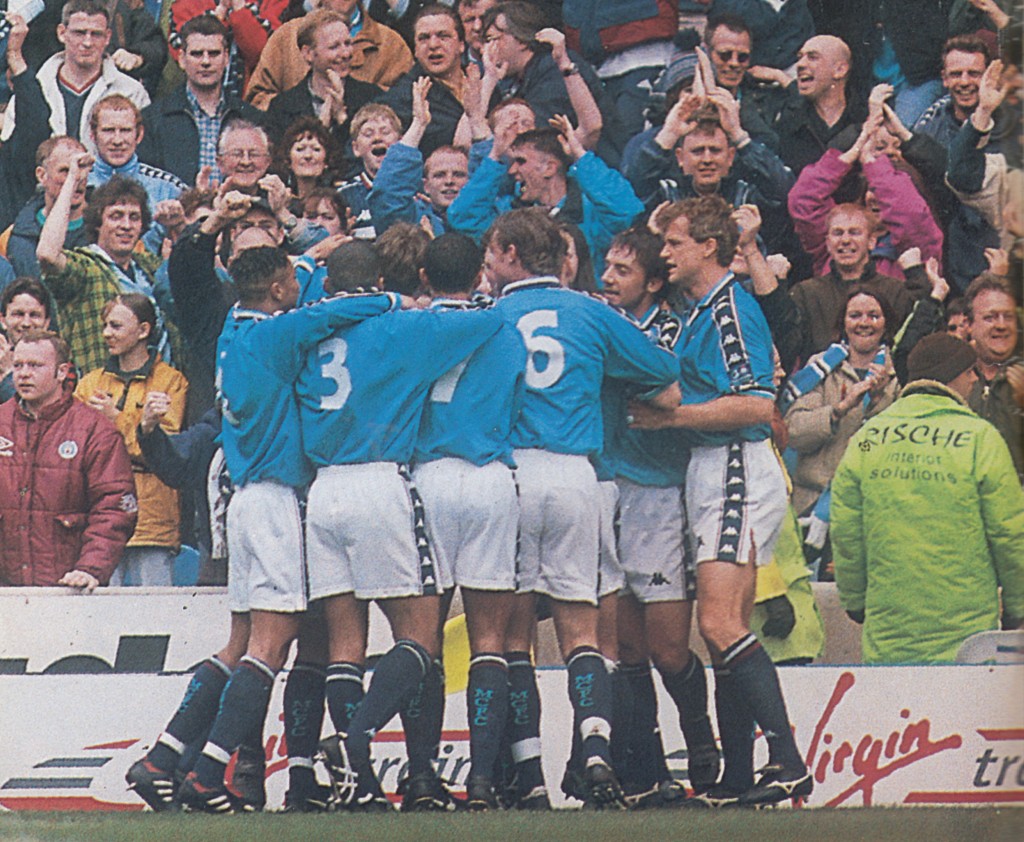 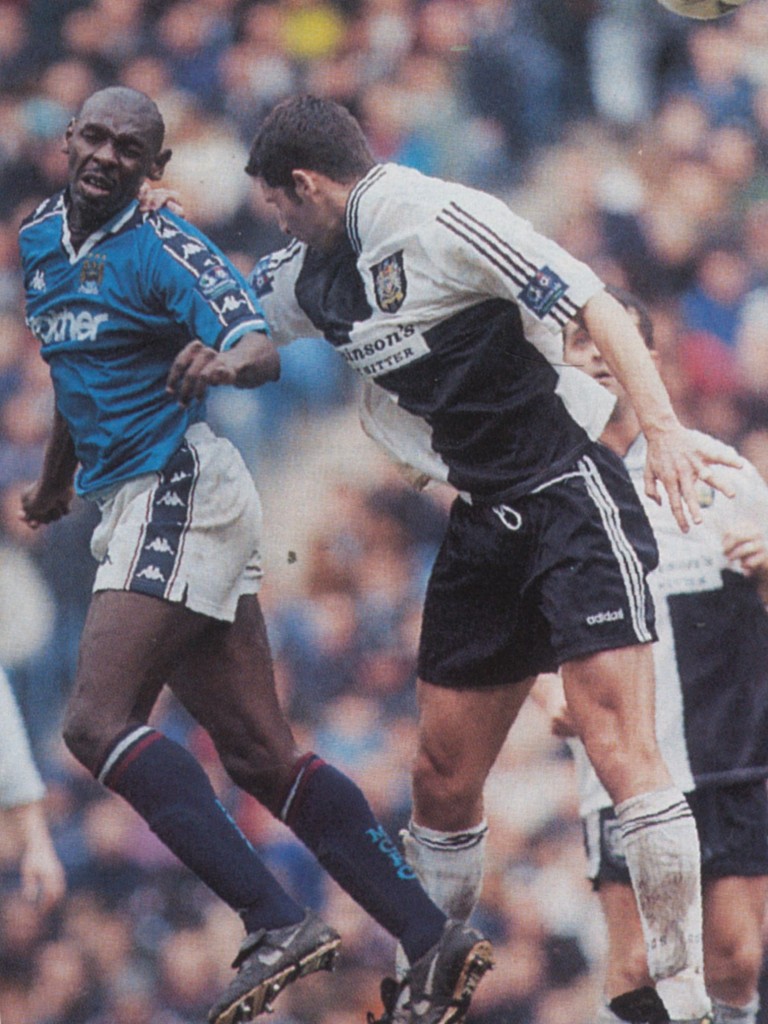 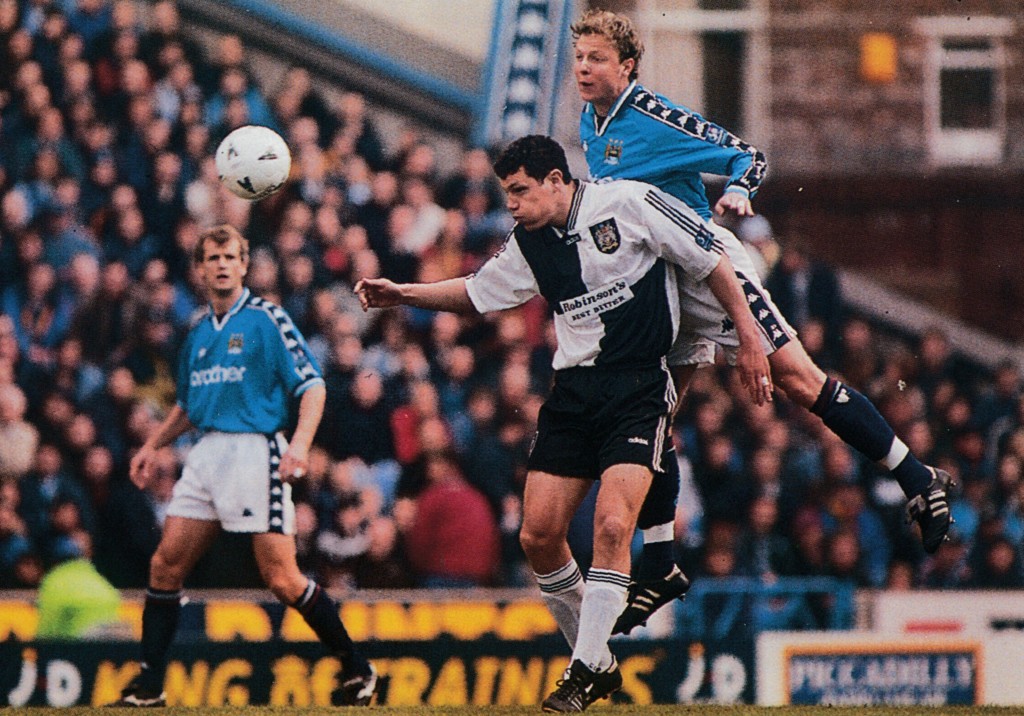 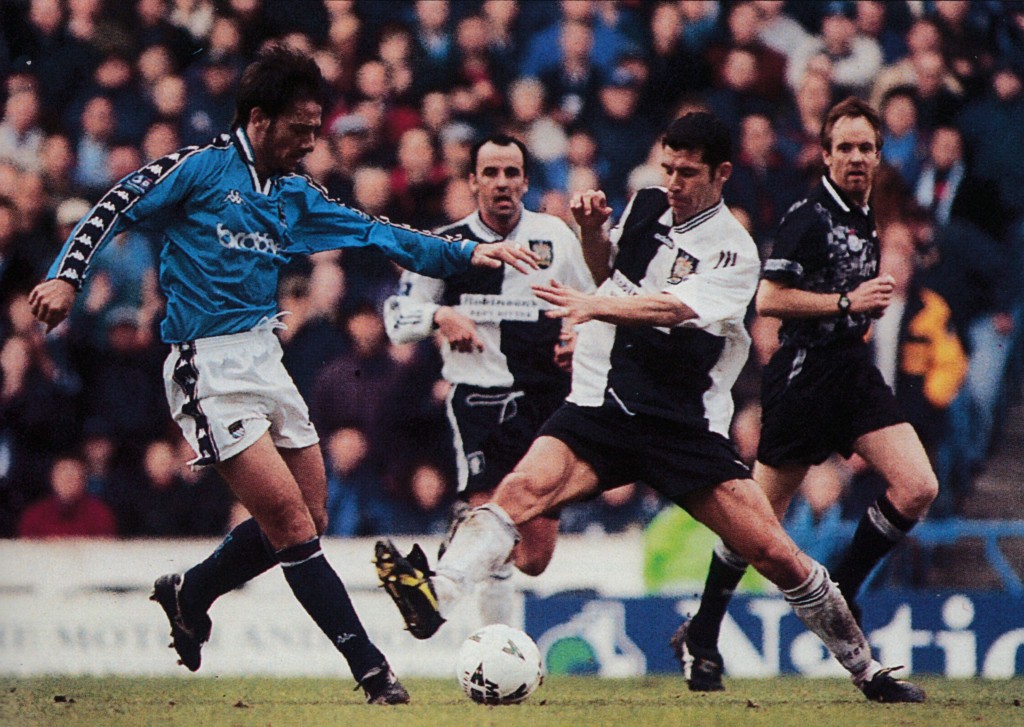 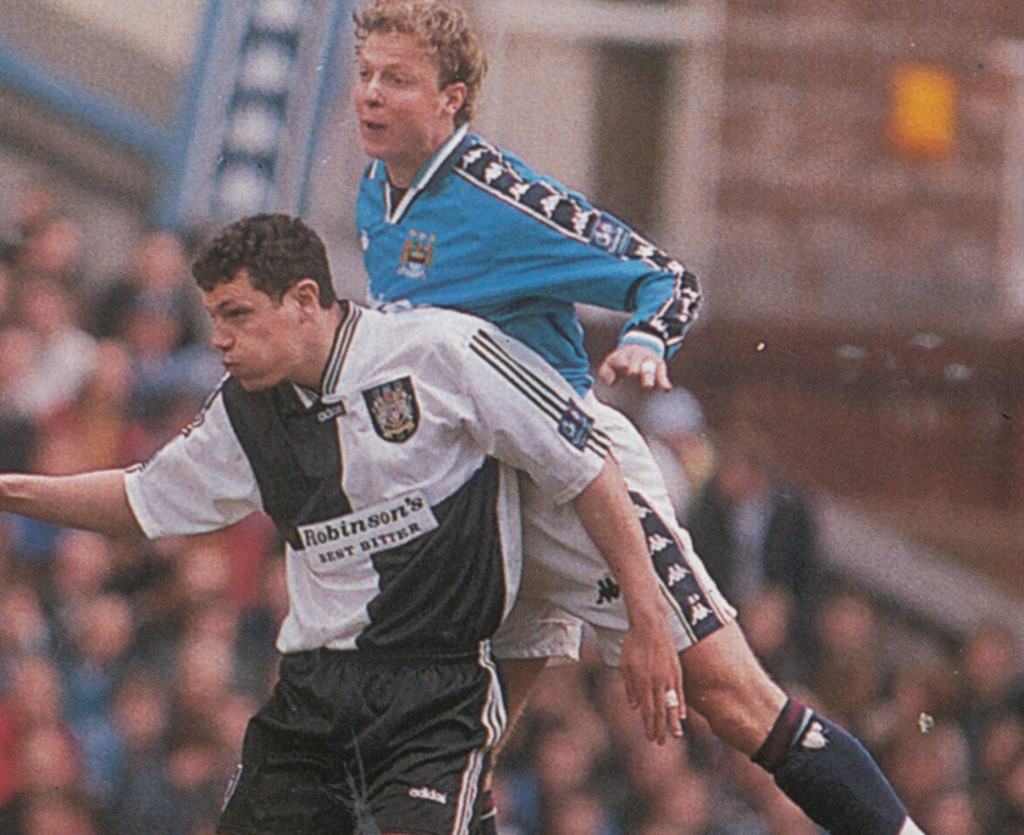 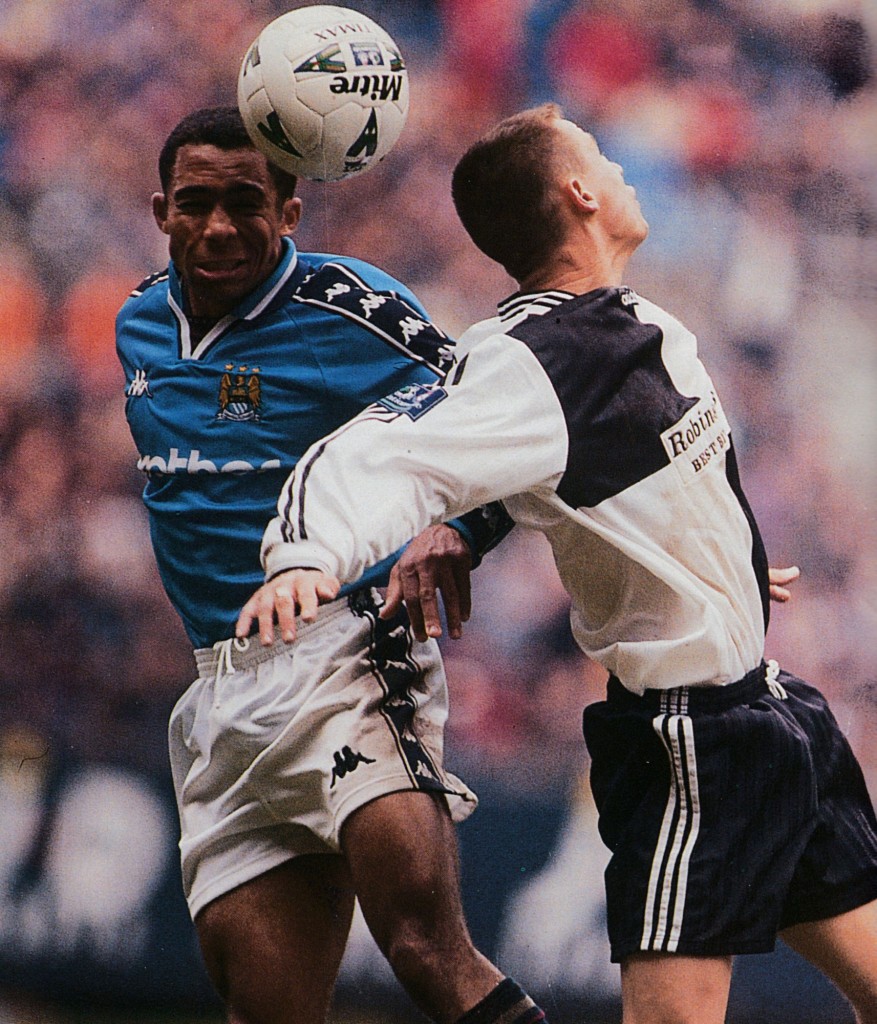