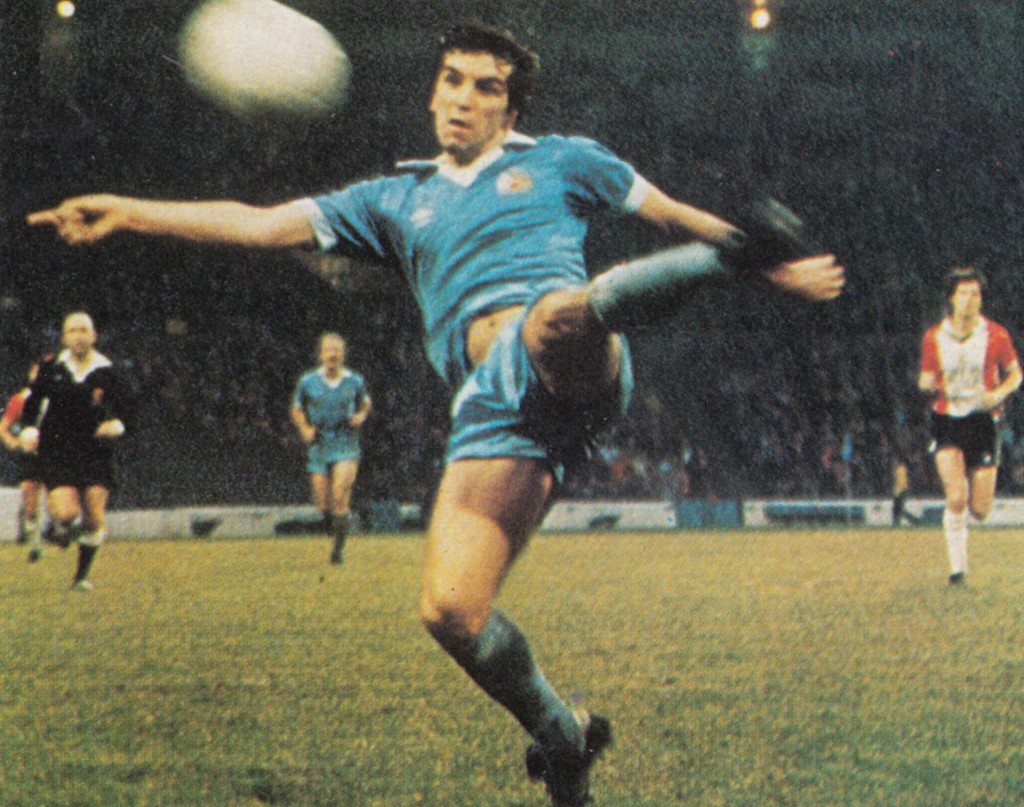 When Southampton visited Maine Road in November 1980, they were only three places above City, having recently passed through a rough spell. Admittedly, they had beaten Arsenal 3-1 the previous week, recovering from a half-time deficit, but they hadn`t won any of the six league games played before that.
In addition, they had crashed out of the League Cup at the first hurdle, beating Watford comfortably at home to take a 4-0 lead away to Vicarage Road for the second leg, which they lost by a stunning 7-1 margin!
On the other hand, City, though beaten 0-2 at Sunderland in mid-week, had been undefeated in the five league and cup games prior to that. There was only one change for the Southampton game, Dave Bennett coming in for the injured Dennis Tueart.
The first half was slipping by without noteworthy incident until Paul Power was adjudged to have pushed Mike Channon in the back as he was running across the area. For those who disagreed with the decision, justice was served when Nick Holmes’ airborne penalty kick seemed to be designed to bring down a passing Boeing.
After the interval, it was a different story. The team sensed that Hutchison was the man who could possibly bring some success to the proceedings, and it became impossible to count the number of passes directed towards the lanky winger.
“The lads gave me so much of the ball,” said Hutch wryly, “I didn`t think I was going to last the 90 minutes . . . but l haven’t enjoyed a game as much for a long, long time.”
The first goal came from Gerry Gow on the hour It was his first for the club and showed that he had an eye for an opportunity when one arose. City were awarded a free kick and it was taken by Hutchison. He passed the ball sideways to Gow, who looked up and spotted a gap before letting fly a fierce drive through a group of players from nearly 25 yards.
You could almost feel the released confidence flowing through the City ranks as that goal went in, and quickly there was another one to add to it.
The glory this time belonged to Dave Bennett, who had come on in leaps and bounds during the season. Again Tommy did the damage, setting off on a jinking run which took him around the transfer-seeking Boyer, soon to have his wish and become a Blue. The ball was flighted to the Bennett forehead and the Saints’ goalkeeper, Peter Wells, was left to pick it out of the net.
There were just four minutes left when Kevin Reeves, no doubt stung by his manager‘s reference in midweek to “powder-puff finishing”, glanced a header past Wells when Power knocked a corner kick back across the goal.
“I really enjoyed the way the whole team played,” said man-of-the-match Tommy Hutchison afterwards. “l am confident that this team is good enough to win one of the major trophies.”
FROM AN ARTICLE PUBLIDSHED IN THE CITY PROGRAMME 16TH MARCH 1996 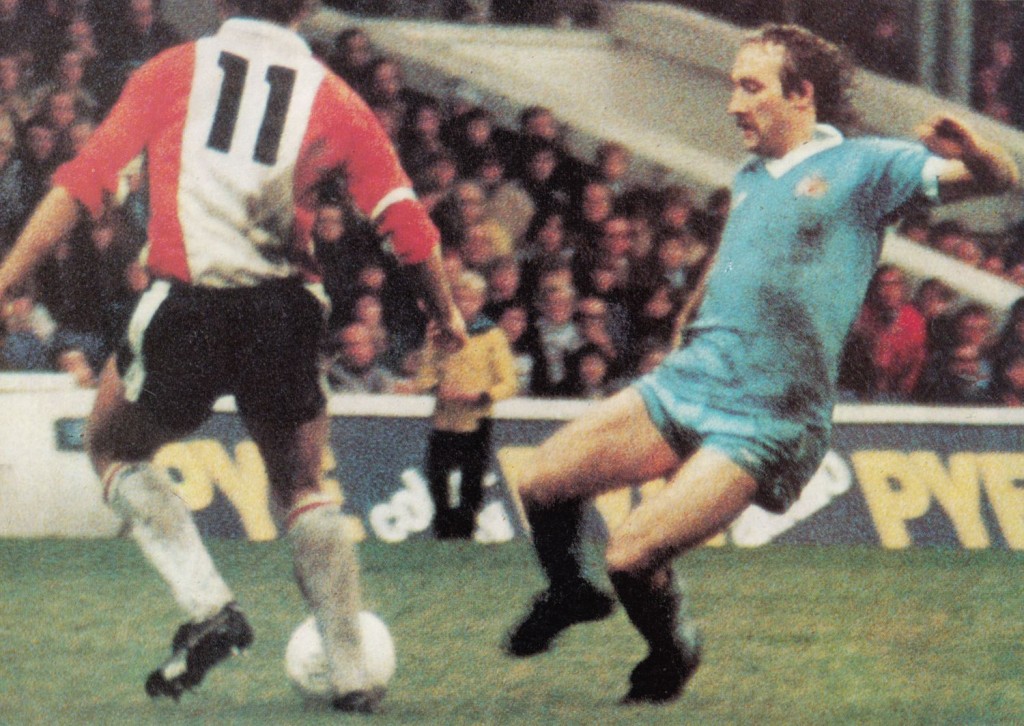