…The game  was a terrific advert for football and proved Forest were worthy European Champions, while City were clearly an entertaining – if erratic – side. A mixed first half made both sides a little tense at the interval, but shortly into the second half Mike Robinson crossed to Deyna. The Pole controlled the ball well, turned and then sent the ball crashing past Peter Shilton. It was an important moment, but Forest were still very much capable of striking back.
Joe Corrigan made a couple of fine saves, including an excellent attempt from Garry Birtles who, during his time at Manchester United earned the unfortunate nickname UMIST after a poor run of luck. In these pre-United days Birtles could do little wrong, and was rightfully a major star.
Despite the pressure. City held on and achieved a 1-0 victory…
EXTRACT FROM AN ARTICLE BY GARY JAMES FROM THE CITY PROGRAMME 30TH MARCH 2002 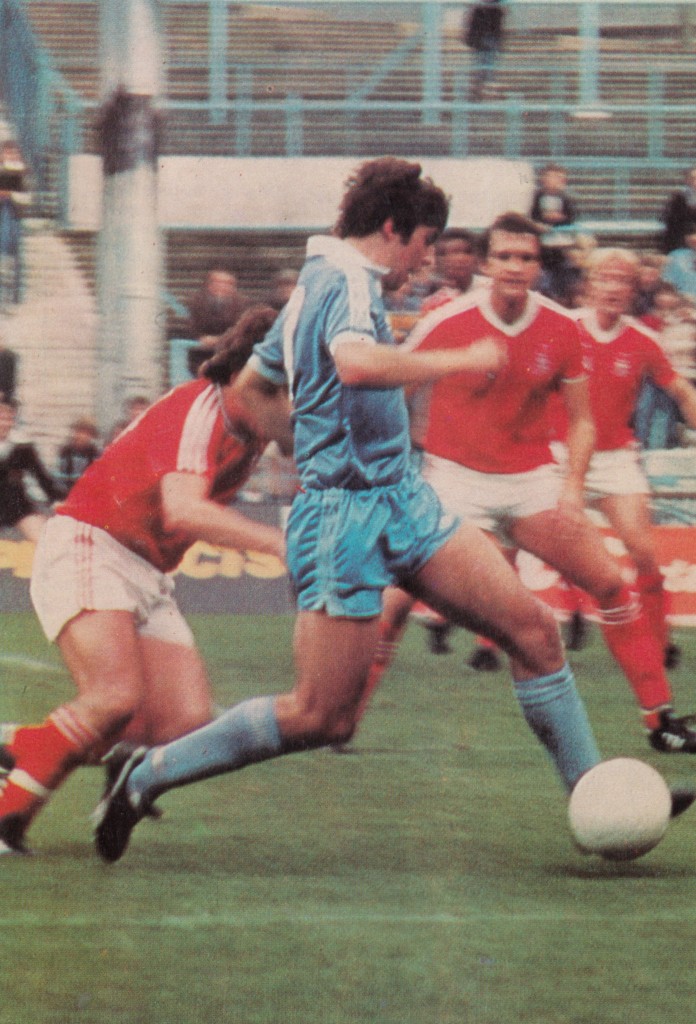