From ONCE A BLUE ALWAYS A BLUE AN AUTOBIOGRAPHY OF RICHARD EDGHILL By Richard Edghill and Dante Friend … My own comeback was at Clark’s former club Nottingham Forest. I remember being sat in the dressing room before the game reading texts from friends and family who knew I was going to be involved.

Knowing I was playing again was just a surreal moment from lying in bed at the BUPA hospital 21 months ago to finally putting on my boots and going out to play to sitting there getting myself mentally prepared to face Pierre van Hooijdonk, Kevin Campbell and the rest of the Forest forward line. I was back in the saddle. I didn’t have any great expectations for the game. The objective was to simply get through without the knee swelling up again. My mindset was ‘tonight was important for the club but even more important for me, I’ve got to look after myself first’ it was probably selfish to just think of myself but that’s how I felt.

It was probably our best result of the season. Forest had won their first four games and would eventually end up promoted but we played them off the park at the City Ground and beat them 3-1. The fans were in great voice behind the goal shouting “There’s only one Frank Clark” for probably the last time ever.

… Sat back in the dressing room after that game I had the biggest, cheesiest grin on my face. I had done it! I’d got some good tackles in, some blood and thunder challenges. After 21 months out, 21 months of self doubt, loss of self esteem, mental and physical pain and without a hiding place in the claustrophobic atmosphere of Manchester football I was back doing what I loved best. Playing for City. 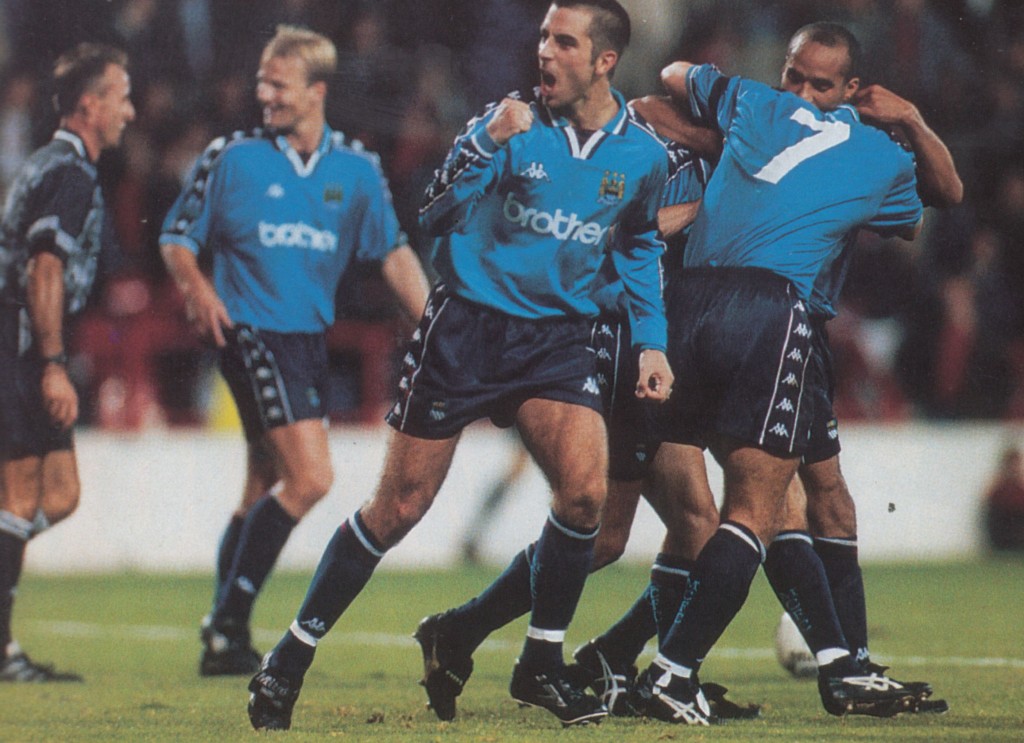