City launched an all out attacking policy from the kick-off but Norwich keeper Kevin Keelan was in immaculate form an it took a penalty in the 29th minute to break the deadlock.
Tony Powell brought down Dennis Tueart who took the kick, a low drive past the helpless Keelan. 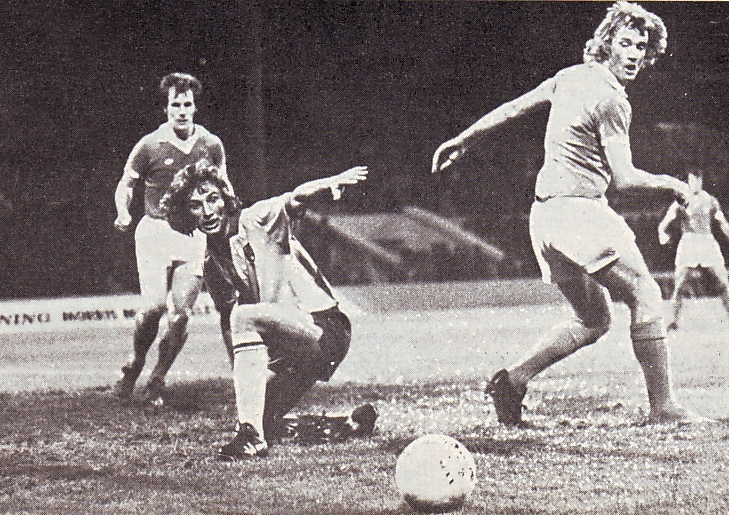 Rodney Marsh was parading his unique impish talents and Asa Hartford and Colin Bell began to expose the weaknesses in the visitor’s defence. City seemed to have the game wrapped up when Joe Royle headed home the second goal.
Just before the interval the inventive Phil Boyer and Ted MacDougall put the home defence under pressure and MacDougall reduced the leeway when he nodded home a perfect cross from Geoff Butler.
…Revived by that goal Norwich were completely transformed in the second half with Colin Suggett employing even more trickery than Marsh. He was at the heart of a move that led to the equaliser three minutes from the end of normal time. …The extra period was marked by some great saves from Joe Corrigan and Keelan. But the hapless Royle squandered two clear cut chances to put City into the hat for the next round
ADAPTED FROM AN ARTICLE PUBLISHED IN THE CITY PROGRAMME 1ST MARCH 1980
.
.