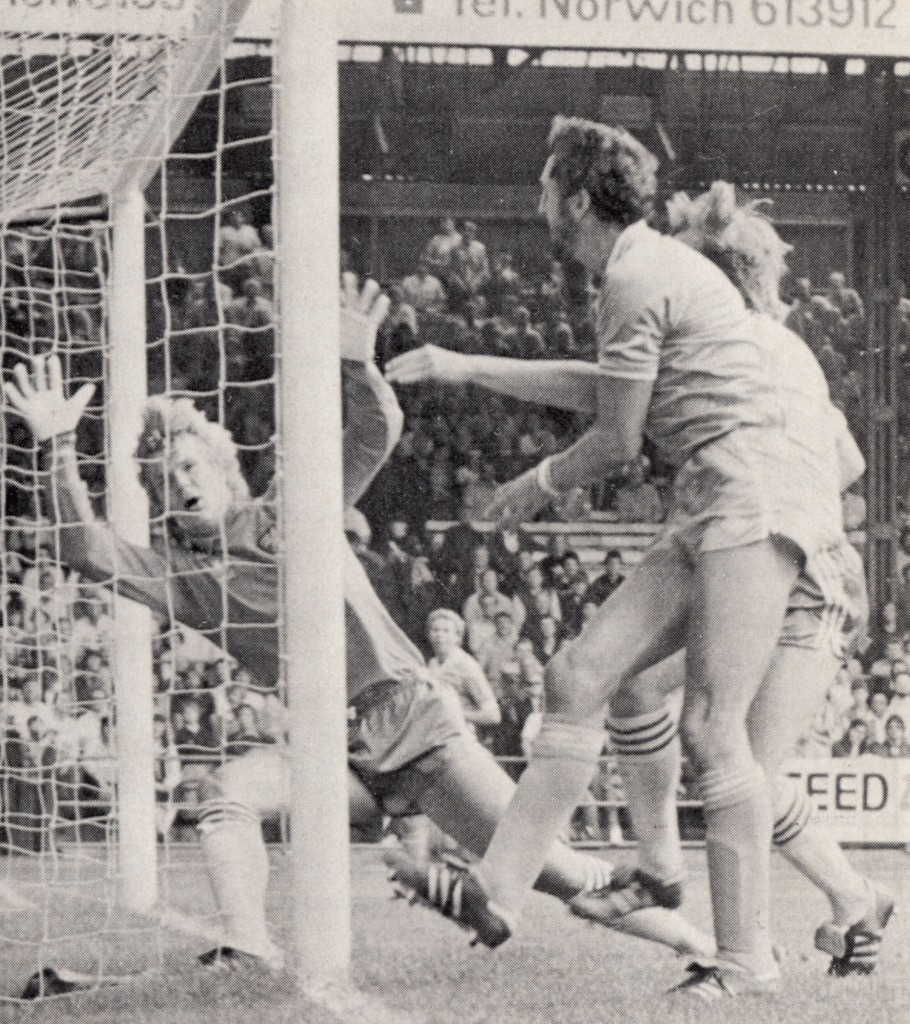 The feud between the two managers inevitably added an extra edge to the match.
Norwich boss Ken Brown had vowed he would never again speak to opposite number John Bond, but Brown would have had plenty to say to his defence after two soft goals cost The Canaries the game.
Norwich were caught napping  on both occasions when City struck and although they pulled one back after the interval they had left themselves too much to do against  a Blues team playing with five at the back.
Apart from the booking of Kevin Bond and a couple of chants of “We Hate Bond” from Norwich fans the match was played in good spirit even though City’s Tommy Caton and Booby McDonald were booked for fouls.
It took just three minutes and five seconds for John Bond’s £460,000 Summer investment in Graham Baker and David Cross to pay it’s dividend.
It was Baker who provided the centre for Cross to nod a simple goal. City looked sharper and more alert than Norwich especially in the first half when the Canarie’s best chance came after a poor back-pass by Norwegian defender Age Hareide, but Norwich just could not find a way past keeper Joe Corrigan and City increased their lead on the stroke of half-time and again Brown would have winced at the ease with which they scored.
Kevin Reeves crossed from the right and Paul Power was on the near post to force the ball home.
Norwich reduced the arrears in the 58th minute and England keeper Joe Corrigan must take most of the blame. Big Joe failed to hold Greg Downs low left wing centre and John Deehan bundled the ball over the line. This gave Norwich new heart, and City lost their composure for a short while.
In the end it was a fair result, even if the two managers did not shake hands on it
THE SUNDAY MIRROR 29TH AUGUST 1982