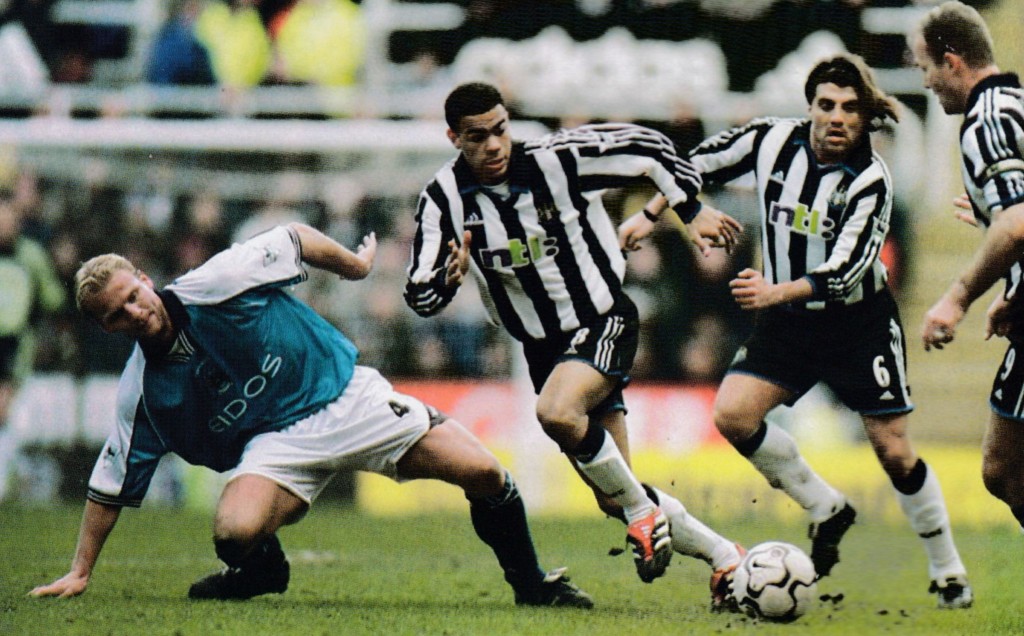 FROM BLACK & WHITE NEWCASTLE’S PROGRAMME 24TH SEPTEMBER 2005 The Newcastle Old Boys’ legion had the last laugh as Shaun Goater grabbed the game’s only goal.
Steve Howey, Darren Huckerby and Laurent Charvet all came back to their former St. 1ames’ Park baseand conjured up an improbable win.
The return of Alan Shearer after a two- month absence failed to spark United and chances were missed before Goater fired in an untidy winner for newly-promoted City.
Clarence Acuna headed a Shearer cross over from point-blank range and Shola Ameobi, Nobby Solano and Shearer were all denied by keeper Nicky Weaver. But against that, Huckerby had the finest chance of the game just two minutes after Goater’s strike only to screw wide a great low cross from Andrei Kanchelskis.
City boss Joe Royle awarded Howey a verbal ten out of ten for his display against Shearer.. 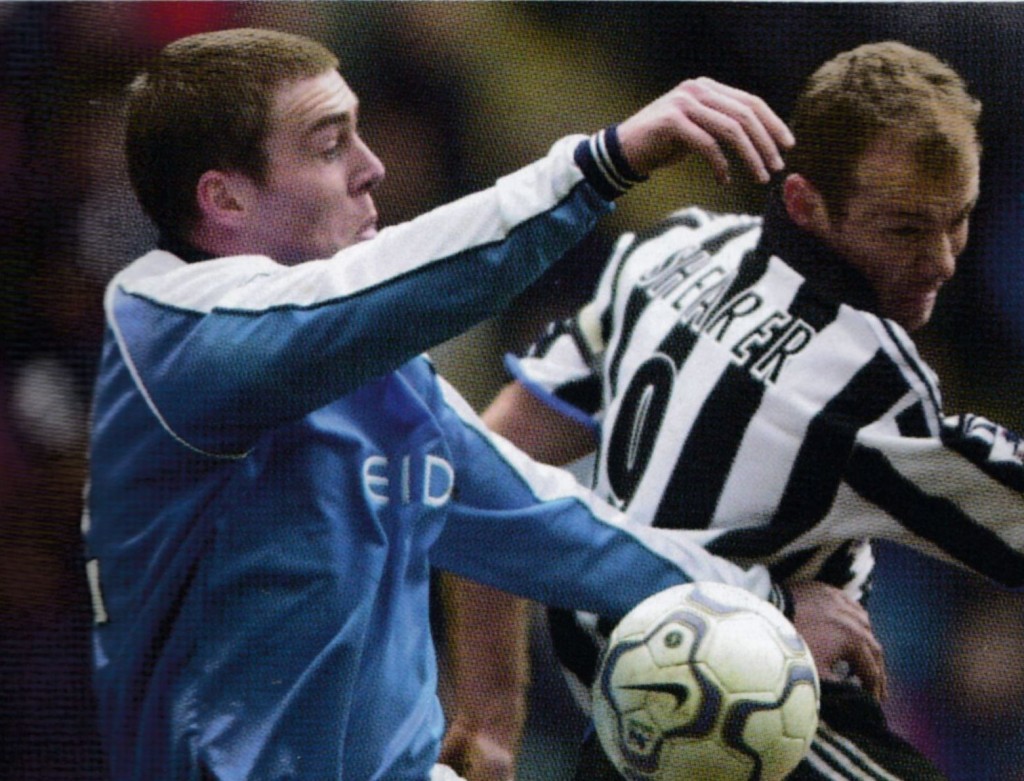 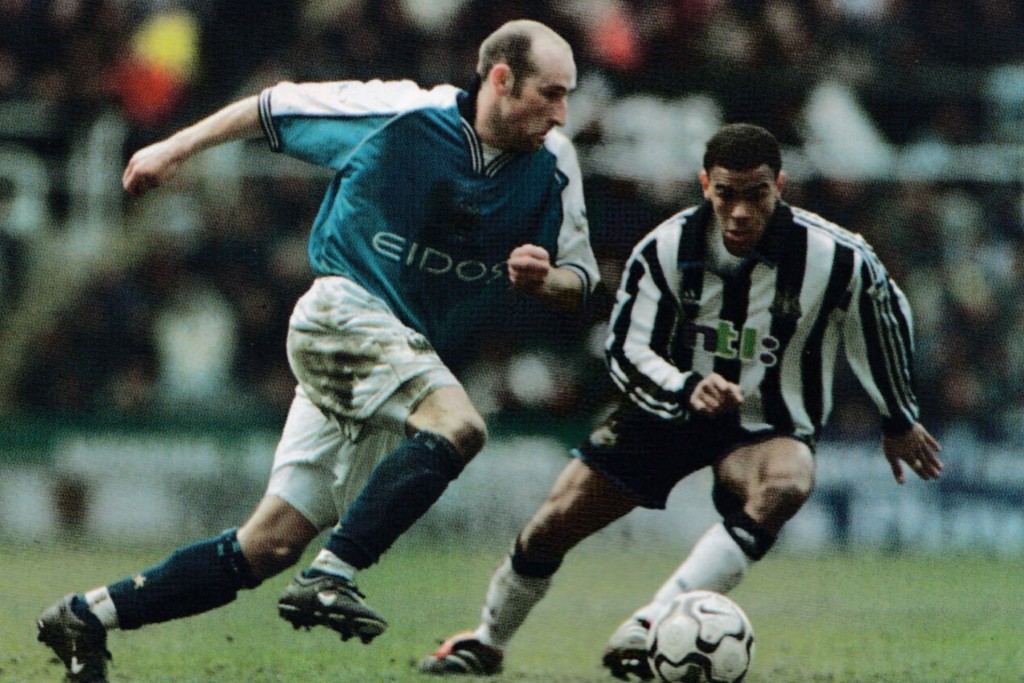