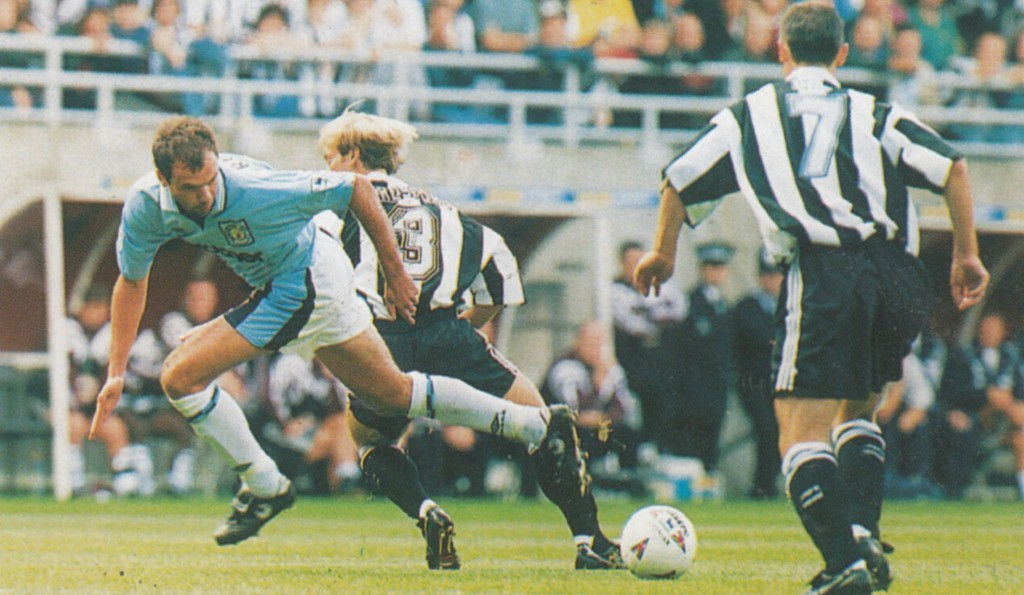 With new signings Les Ferdinand and David Ginola in rip-roaring form, City were demolished in an early-season game.
… When winger Keith Gillespie was felled by Richard Edghill, Peter Beardsley rifled in the opener from the spot. Then when Warren Barton’s cross was met by a diving header from Robert Lee, Ferdinand was there to gently guide the ball on into the net.
There was little reply from City, who, overrun, were more concerned with damage limitation than fightback.
Ginola weaved another tapestry of magic, beating his man to land an impeccable cross on the head of Ferdinand. Power and accuracy, and it was 3-0.
Gerry Creaney pinched an unexpected consolation goal for City but there was never any serious prospect of a turn around.
FROM BLACK & WHITE NEWCASTLE’S PROGRAMME 24TH SEPTEMBER 2005 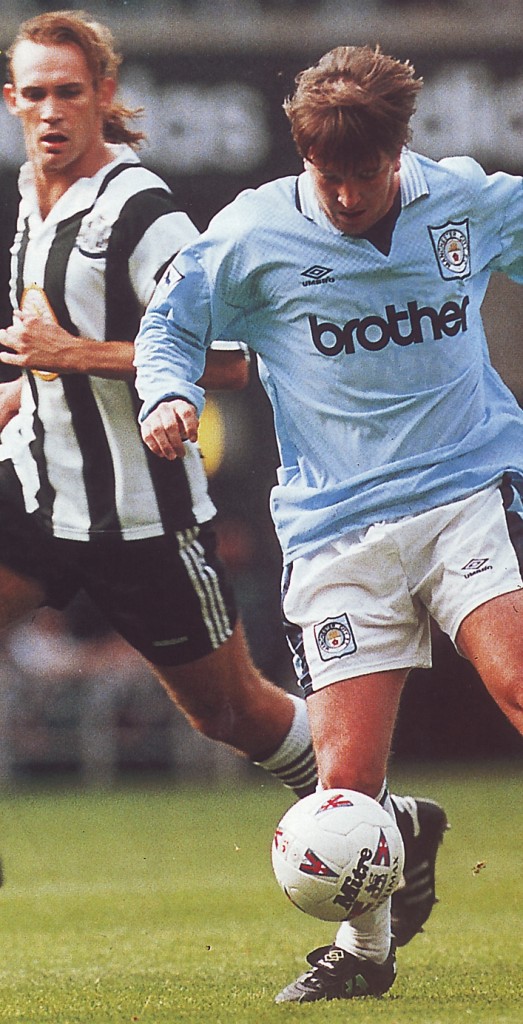