The 126th Manchester Derby saw United as clear favourites after lifting the title the week before, and City 5 points adrift of safety second from bottom of the league with four games to play.
With nothing less than three points needded by City, surprisingly Joe Royle started with just Paolo Wanchope up front with Sean Goater on the bench.
Despite early pressure from United, City had the first chance when Wes Brown deflected a speculative shot onto his own bar and away for a corner.

The game was certainly starting as a ‘proper’ derby with both Keane and Granville putting in bad challenges.
In the 9th minute Wanchope missed a great chance for the Blues as he ran clear of the United defence then rounded Bhartez with a heavy touch which took him wider than he wanted and his eventual shot on goal was cleared off the line at the near post by Stam
A couple of minutes later United had their first crack at goal, but Scholes shot from 25 yards was easily saved by Nash.
With 25 minutes gone City were certainly holding their own and went close again with a low shot on the edge of the area which was inches wide.
By half-time City had not really been trouble by United, and needed to try and take advantage in the second period and Joe Royle made a positive substitution for the start of the second half, replacing Grant with former Old Trafford favourite Andre Kanchelskis.
On the hour however, Paul Dickov chasing back into his own box brought down Wes Brown and a penalty kick was rightly awarded, Paul Scholes took on the responsibility, but he smashed it wide of the goal, to keep the game goal-less with half an hour left.
Five minutes later Dickov was the villain again as he played a blind back pass, but straight into the path of Solskjaer, who tried to take the ball round Nash, but the City custodian made a great save pushing the ball away from the striker’s feet.

United were now piling on the pressure and with 20 minutes left Richard Dunne brought down Solskjaer just inside the 18 yard box and it was another spot kick for United, Sheringham was the taker this time, and although Nash got a strong hand to the ball it still crept in to put Ferguson’s side 1-0 up, and giving Joe Royle and his team a mountain to climb.
City pushed on to try and grab an equaliser, and from a near post City corner, the ball was accidentally helped on by a United head into the path of Steve Howey, who from four yards out scored hi fifth goal of the season and it was 1-1 with just 6 minutes left.
What happened a minute later could only be classed as an X rated assault on Haaland by Roy Keane. In his later biography Keane wrote ‘I’d waited long enough. I fucking hit him hard. The ball was there (I think). Take that you cunt.’ The ball was obviously not there and he only went in to what could only be classed as GBH. Keane received his marching orders from Mr Elleray, and subsequently he received a five match ban and a £150,000 fine.
Both sides battled to grab the winner in the final minutes, without success and the game ended 1-1. 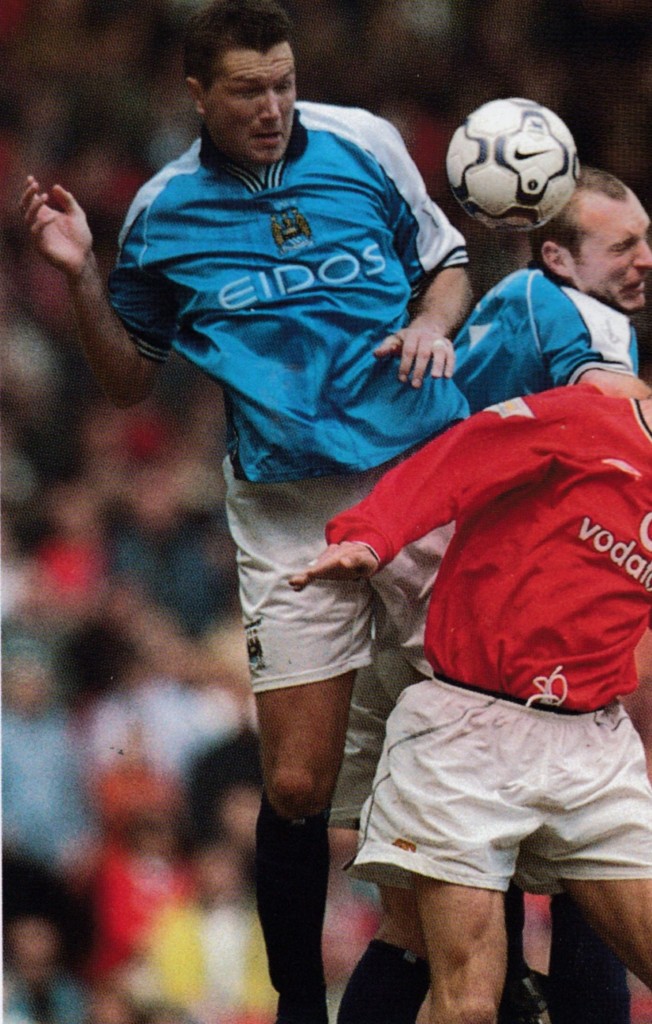 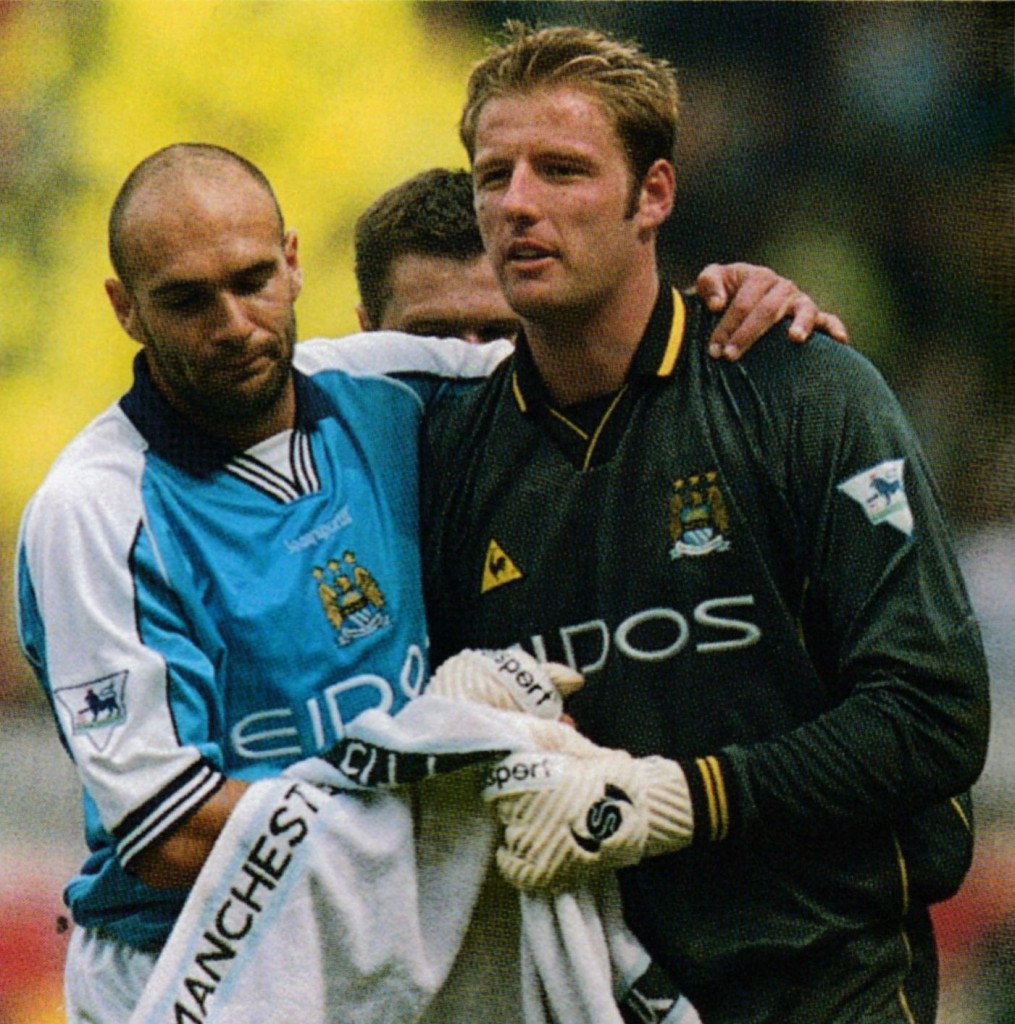