…The Blues backed by around 8,000 fans began brightly and Gio’s deft through-ball put Uwe Rosler in the clear and the German striker lobbed Peter Schmeichel from 20 yards for the opening goal.
…Unfortunately referee Alan Wilkie was in charge and his comical handling of the game has become almost legendary amongst City fans down the years… Roy Keane reacted by remonstrating with Wilkie when he blew his whistle before he realised a penalty had been awarded for United rather than an infringement given in City’s favour. It was so ridiculous, it was almost funny. Almost but not quite.
It allowed United to back on level terms and City eventually lost 2-1
FROM ‘KINKLADZE PERFECT 10 BY DAVID CLAYTON 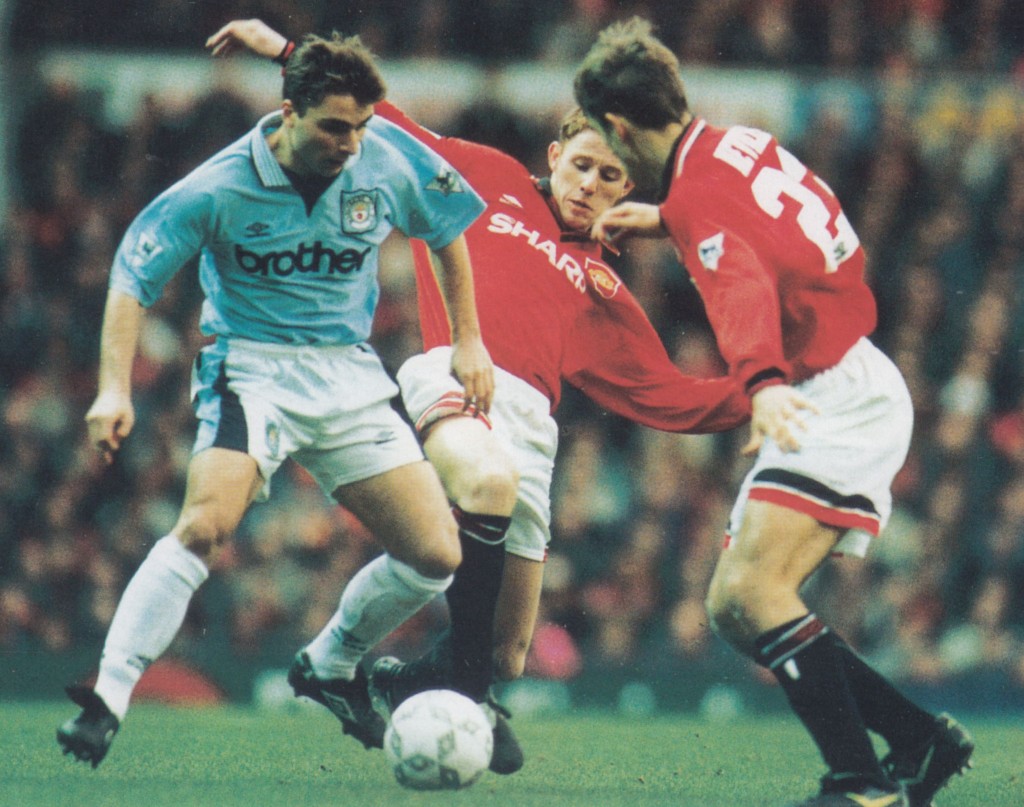 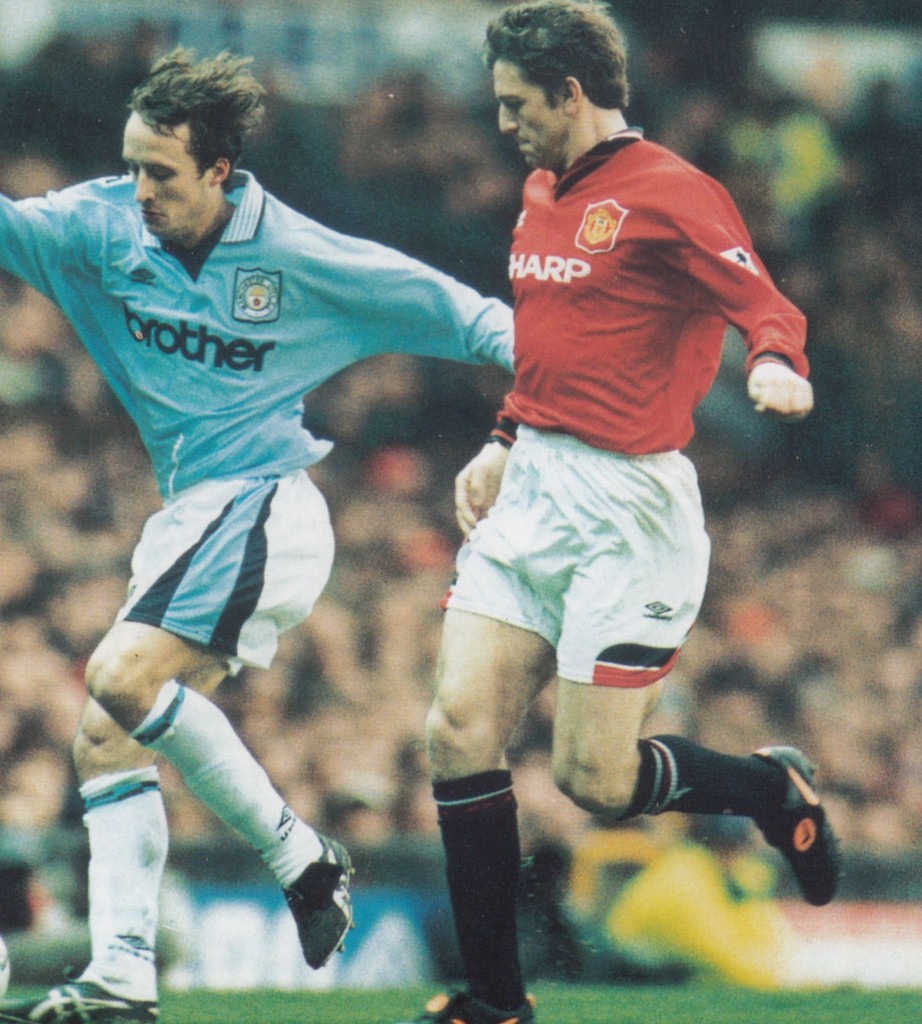 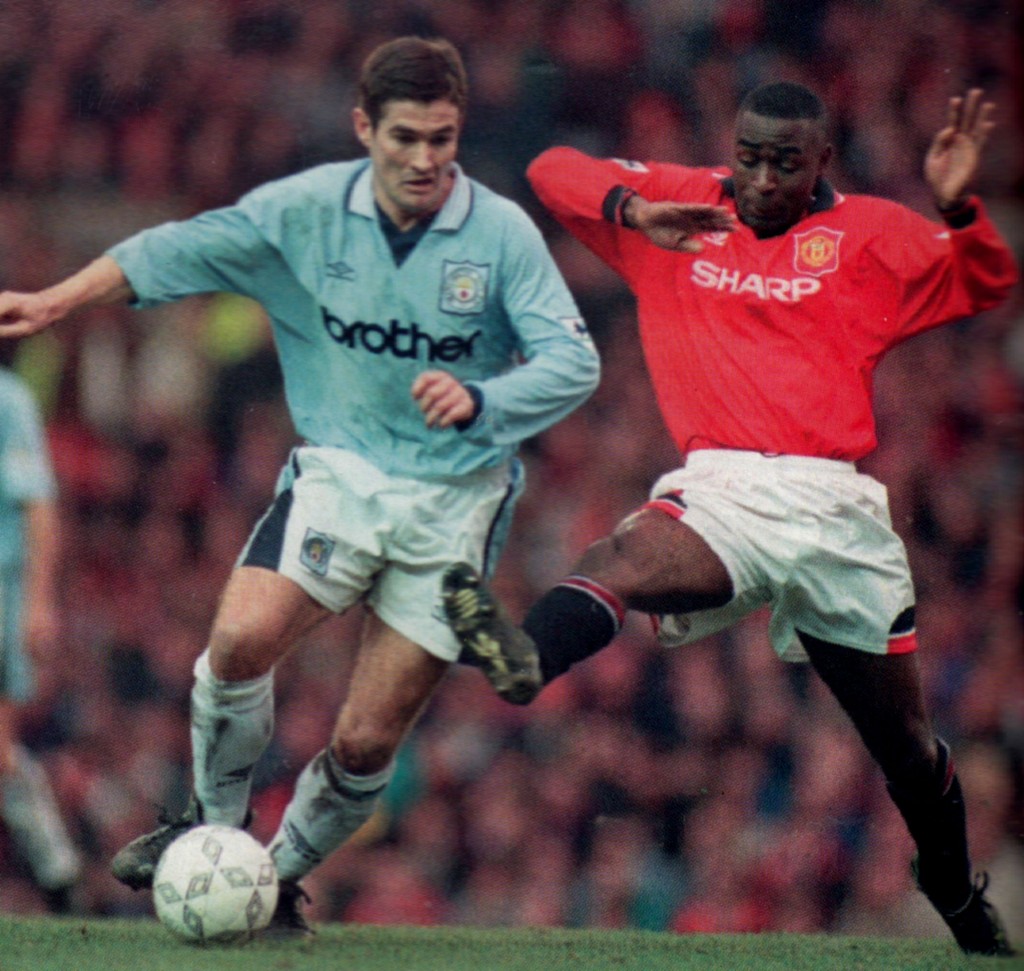