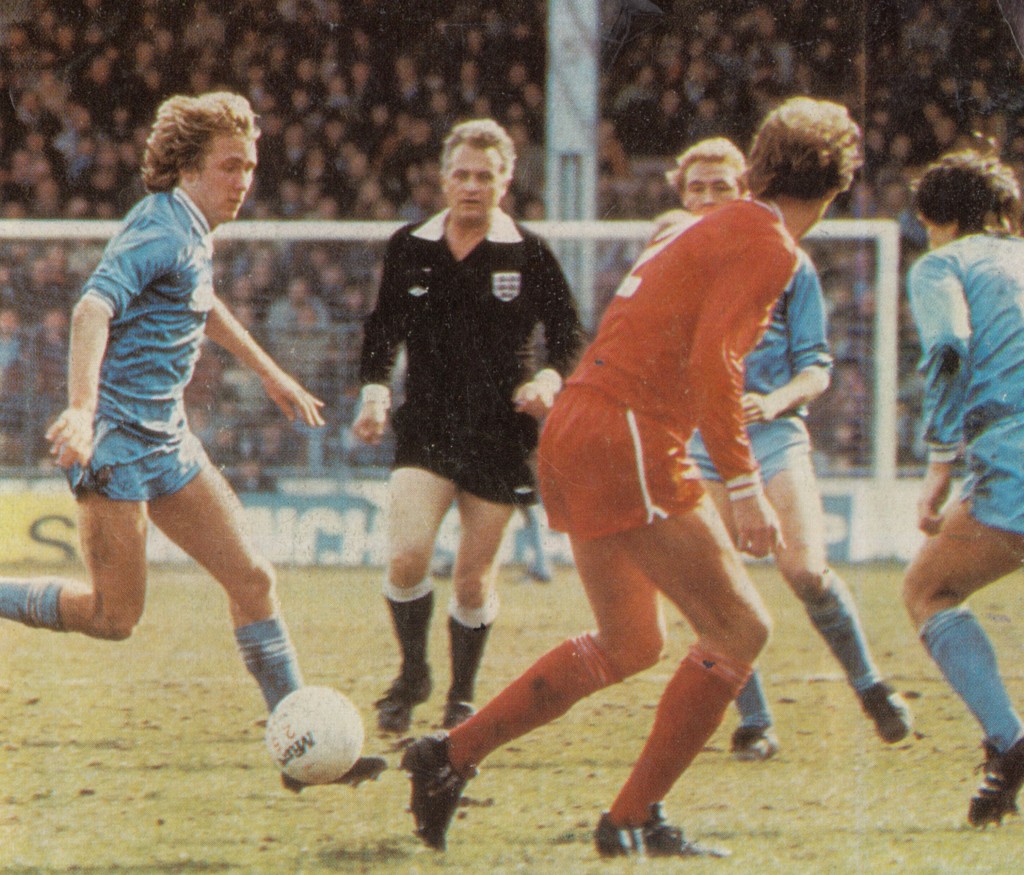 Marching along at the head of the First Division, a position secured and not yielded since the previous October 30th, Liverpool brought their tremendous pace and power to Maine Road to outplay the Blues and record a fifth successive win at Maine Road for the Merseysiders.
Victory gave them a 16 point lead at the head of the table. Liverpool were all class, which was too much for City’s spirit, and gave clear evidence why they were expected to clinch the club’s 14th League Championship. lt took some defiant goalkeeping from Alex Williams to keep the score under control.
Yet Liverpool’s ’keeper had a few curious moments which might have benefitted the Blues. He was adrift in going for a looping cross from Paul Power and was let off lightly when Kevin Reeves misdirected a header in front of a gaping goal, all this before Liverpool had struck their first blow.
The visitors did pose problems with Kenny Dalglish, Alan Kennedy and Craig Johnston trying to capitalise on chances, without success. In the 31st minute, however, Graham Baker lost possession and City were punished as Graeme Souness took over and lashed home a swerving 25 yarder, which thumped the inside of the upright before bouncing in.
Liverpoo|’s midfield carried too many big guns, and subtle skills, and 2 minutes from the interval effective Sammy Lee was allowed ample time and room to lay on David Fairclough’s first goal, a fierce shot past William”s left hand.
There was more threat from Fairclough after the break when he hit a post in the 53rd minute. But in the main it was Williams holding the fort for City as he fielded a procession of shots and crosses.
There were more precarious moments for Grobbelaar as Liverpool went through a casual spell. ln the 54th minute the ’keeper went to deal with a harmless looking punt at goal from Asa Hartford but it spun off his chest, up in the air and only just over the bar. And there was a 71st minute header from Paul Power which caused him difficulties when a Hartford free kick was misjudged.
But Liverpool were turning up the pressure before the finish. Johnston and Ronnie Whelan had efforts blocked and City’s marking was slack as Kennedy ran 20 yards to collect the loose ball and slam it left footed into the far corner.
Four minutes later, in the 83rd, Liverpool had scored their fourth when Kevin Bond missed a long clearance from Grobbelaar and allowed Fairclough to profit from the mistake with a firm shot home.
FROM AN ARTICLE PUBLISHED IN THE CITY PROGRAMME 26TH DECEMBER 1985 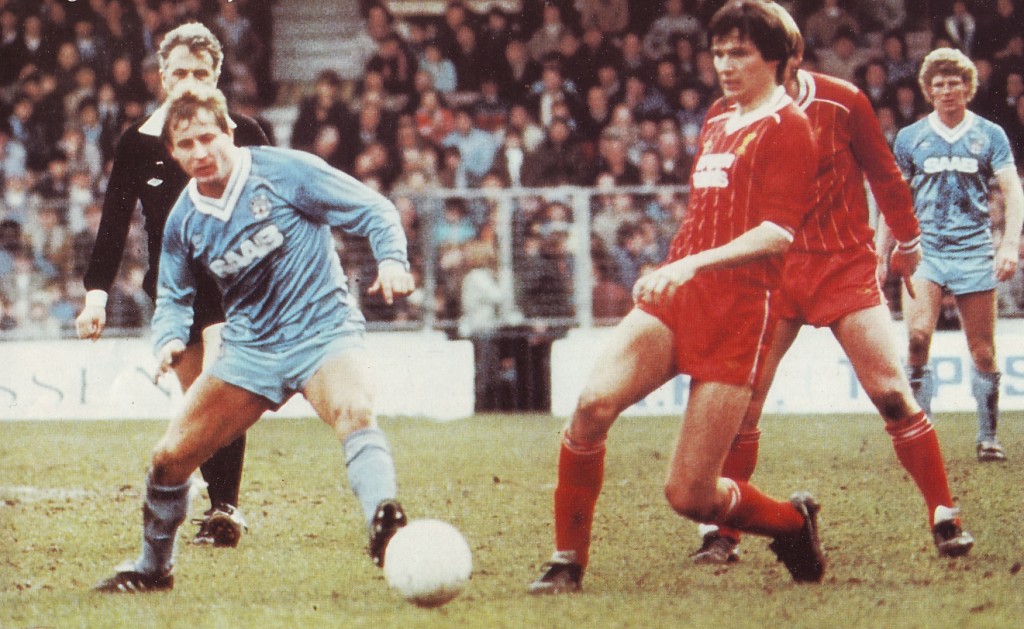