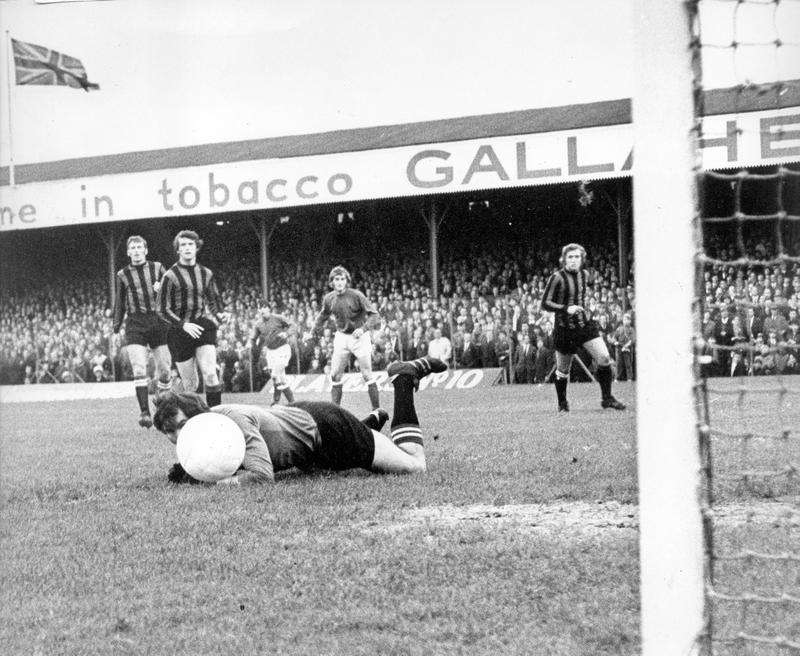 JOE CORRIGAN REMEMBERS – …Linfield are the Rangers of Belfast, and so we were on our way to a loyalist hot-bed at the height of the troubles in Northern Ireland. To make matters worse there had been Secretarian violence on the streets and several high profile incidents between the British army and the IRA in the days leading up to the match.
Let’s just say there was a very intimidating atmosphere inside Windsor Park, which was incidentally packed to the rafters. The Northern Irish people love their football and they were vociferous in their support.
…With only one goal to pull back the excitement boiled over and things began to turn nasty. Behind my goal, bottles and other missiles began raining down from the terraces and the people throwing them made no secret of their intended target : ME. It was unnerving to say the least and Linfield manager Billy Bingham had to come out and plead with the fans not to force the game to be abandoned.
…Eventually we were able to resume. Linfield played out of their skins, winning 2-1 on the night, with only a Franny Lee penalty ensuring we squeezed through on away goals.
…The crowd trouble took the focus away from a fantastic performance by Linfield and I don’t believe they got the credit they deserved for the victory.
I heard a teenager had been shot by security forces after running through a roadblock while we were there and that seemed to have heightened the tensions. We were relieved to get on the plane and fly home straight after the match. In fact we had an armoured car escort us to the airport and I believe there were SAS officers on the coach.
An excerpt from Big Joe: The Joe Corrigan Story by Joe Corrigan & David Clayton