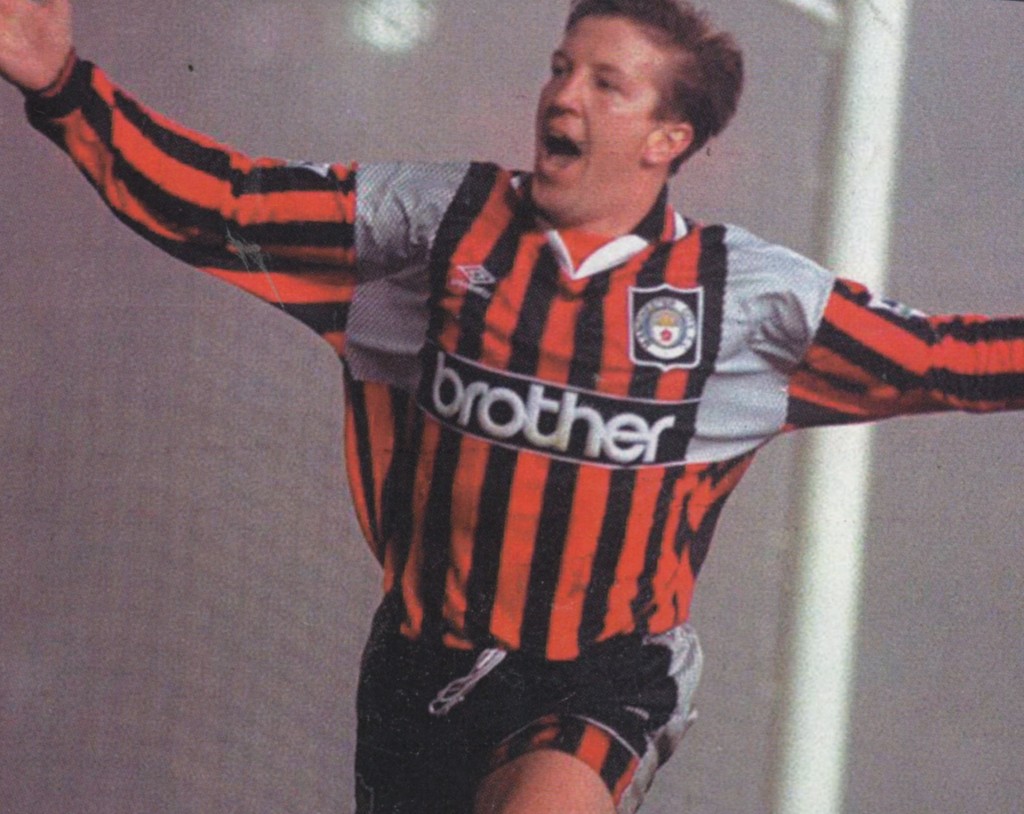 From ONCE A BLUE ALWAYS A BLUE AN AUTOBIOGRAPHY OF RICHARD EDGHILL By Richard Edghill and Dante Friend … It was Leeds United at Elland Road, always a tasty fixture. Leeds had been Champions of England only three years previously. It was a big game and for once we had some momentum going into it. It was another great win for the team, 1-0 with a goal from Gerry Creaney, who was acually the substitute who came on for me. It was however to be a life changing afternoon for me personally, a day when I became scarred both on the inside and the outside and you find out for yourself, you just don’t know what’s around the corner when you are a footballer. Aday when your hopes and dreams can shatter and evaporate in a split second. … it was 0-0 in the first half when it happened . Nothing much of any note had happened in the game up until that point. Both sides had been feeling their way into the game trying to win the midfield battle. I was pushing forward down the right and I clearly recall the tackle from Mark Ford which damaged for such a long time. I remember stepping away from him, trying to block him off and shield the ball. He slid around the back of me and caught the right side of my knee, sending me flying up in the air. My shoulder hit the ground before my feet did. The impact was so forceful that my knee ended up going in the total opposite direction to the rest of my leg. My body went to the left and my knee veered off to the right. I tried to get up but couldn’t put any weight on my leg. Everything had seized up and I was aware of the knee which now seemed to be pointing to the side. My kneecap didn’t seem to be where it should be, my foot also seemed to be veering off at a tangent. … I was immediately stretchered off to some applause… I was given painkillers. Roy Bailey packed my knee with ice and both him and Ronnie Evans tried their best to comfort me… I was to be taken to the BUPA hospital in Whalley Range. I was absolutely devastated with what was happening, I simply couldn’t take it all in. I was trussed up in the back of an ambulance and rushed to Manchester… I had a ‘scope’ put down, a tiny camera inserted into the knee to see what sort of damage had been done there. I was told I had completely ruptured my anterior cruciate ligament. I had damaged my medial ligament as well. I was heartbroken, All you want to do is play football. I’d known nothing else since the age of twelve really.