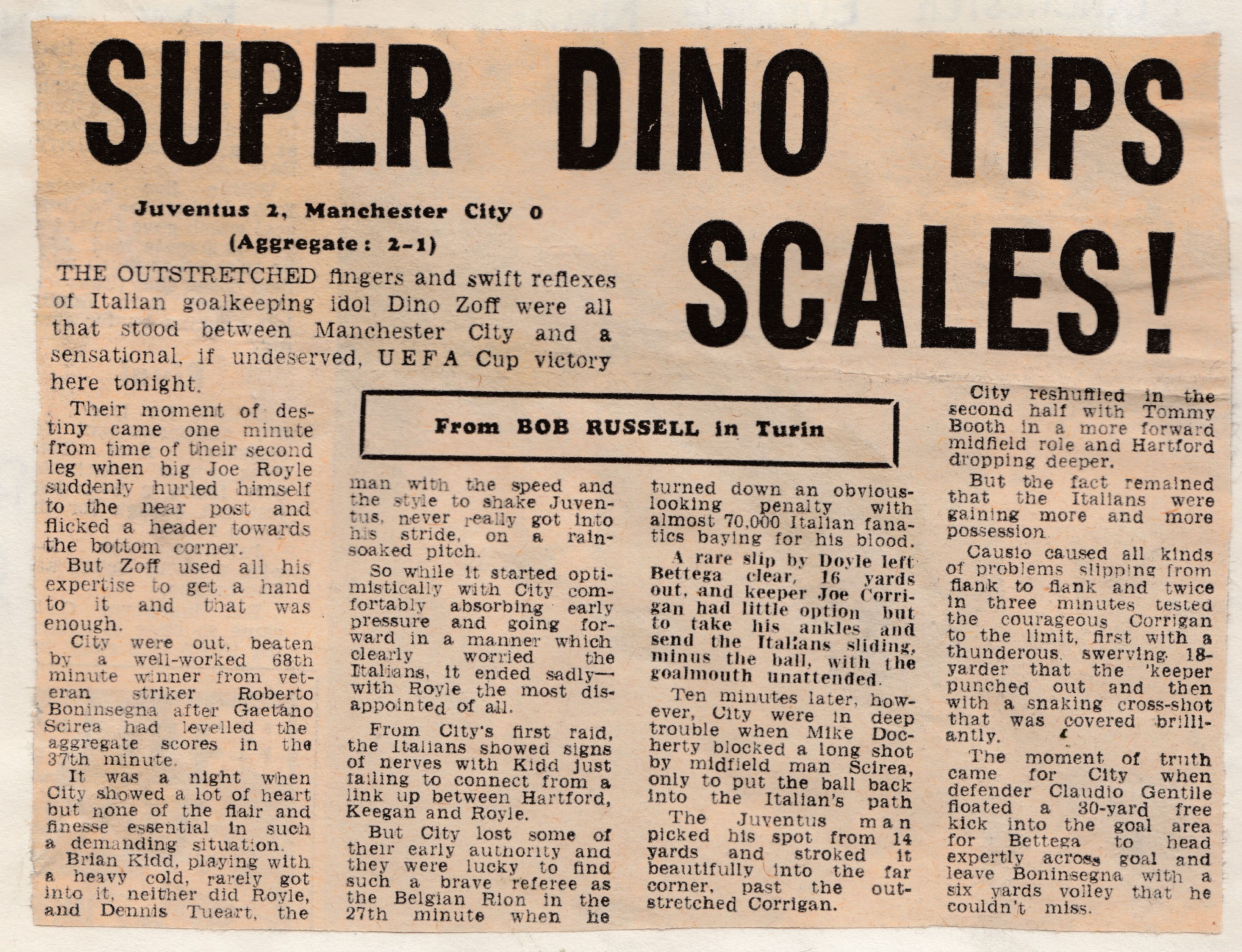 We won the first leg 1-0, but the second leg in Turin was always going to be tough because Juve had a world class squad.
It was the first time I’d come up against a team that would do anything to come out on top. Their win at all costs attitude resulted in cynical challenges, time wasting, shirt tugging, you name it. Juventus had mastered every trick in the book and while I don’t think ability necessarily won the day, experience and gamesmanship just edged it their way.
One challenge summed up their philosophy perfectly, a cross came in from the right and as Tommy Booth leapt to head the ball clear Marco Tardelli launched himself horizontally at Tommy and clattered him on the back. The Challenge could easily have broken Tommy’s spine, so I grabbed hold of Tardelli, who was theatrically protesting his innocence. Meanwhile Freddie Griffiths our physio ran on to treat Tom who had two sets of stud marks down the length of his back.
I was pulled away before I chinned him and that’s when I noticed the Juventus players had an intense look in their eyes, a look that said defeat just wasn’t an option.
They did a very professional job on us and won 2-0, eventually going on to win the competition.
Adapted from Big Joe: The Joe Corrigan Story by Joe Corrigan and David Clayton