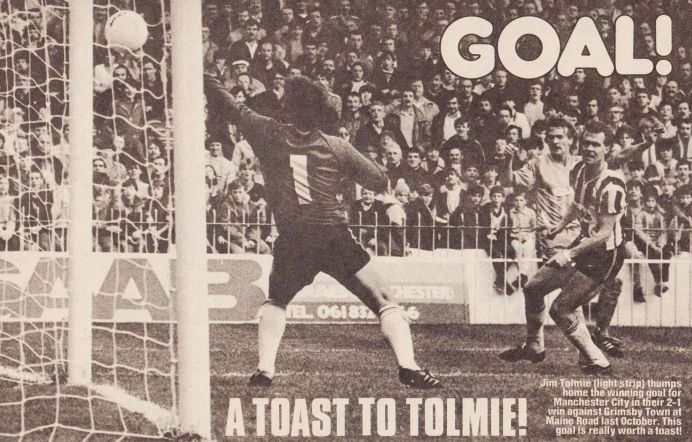 .
Grimsby proved tough nuts to crack and displayed an organised approach under the experienced leadership of Nicholl at the heart of their defence. They caused problems on the break and Ford always menacing on the ball brought a fine save from Williams after the Blues had taken a lead
City got their break when Caton headed home his first goal of the season by meeting McNab’s free kick at the far post.
Earlier keeper Batch had palmed a May header onto a post and Moore scrambled the ball off his line after Baker had capped a rare four-man City move by squeezing a shot under the keeper’s body.
The Grimsby equaliser was a crisp 12 yard right-footer from Emson after a cross from Waters was only half cleared as Reid and Ranson tried to deal with it. Emson’s shot crashed against Williams and spun crazily over the keepers head into the net.
Another dead-ball situation led to City winning the points. Speight conceded a free kick on the edge of the area when he tugged Bakers shirt and Caton thundered the award against Gnmsbys seven man wall. As the ball ran towards the dead ball line, Tolmie was on it in a flash and cracked home a narrow angled drive into the roof of the net. Grimsby mounted a supreme effort to equalise but were denied. Reid hooked a cross-cum-shot from Ford off the line and a Moore header was saved.
FROM AN ARTICLE PUBLISHED IN THE CITY PROGRAMME 27TH AUGUST 1984 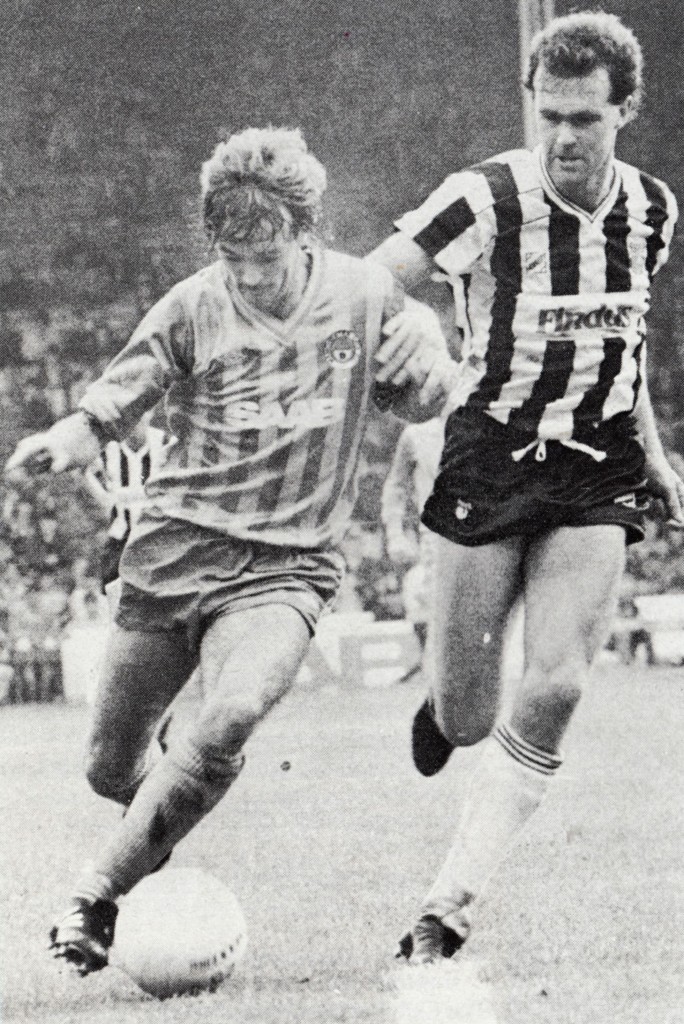