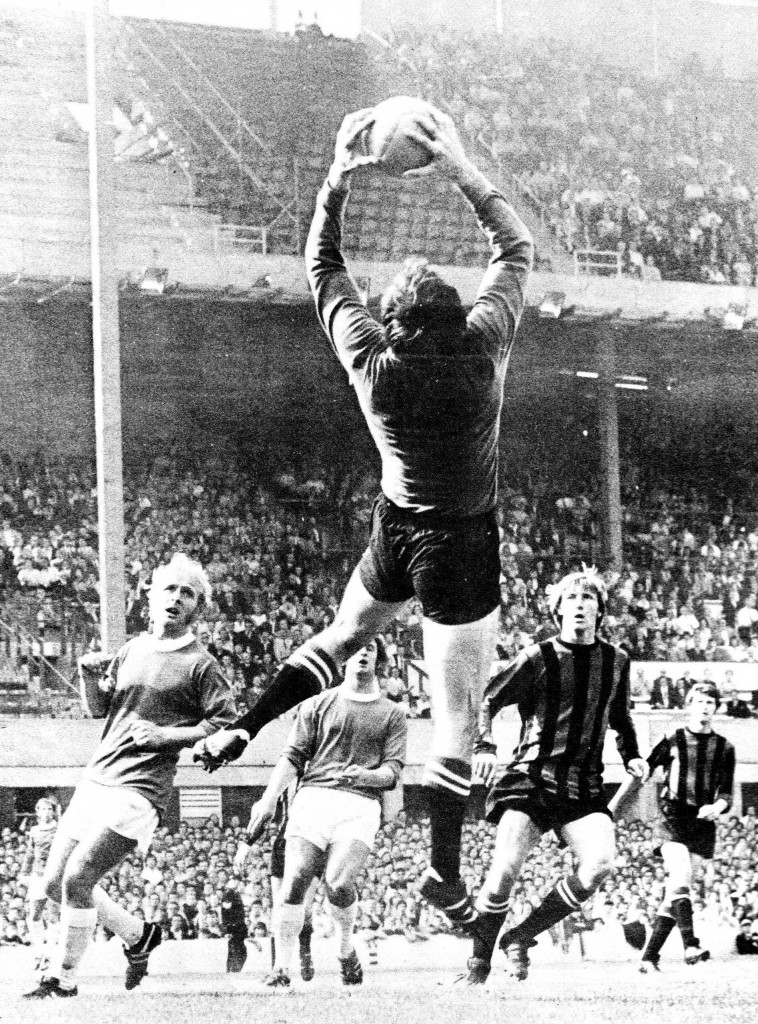 It was a scorching day at Goodison Park and it seemed that the Citizens were coping with the heat a lot easier than the Toffees as they beat the defending Champions 1-0.
City’s goal after five minutes was as much down to Everton’s inept defence, as it was Colin Bell’s finish.
Neil Young played a long one-two from a corner with Alan Oakes, looking up he could only see Colin Bell in the six yard box with five Everton defenders surrounding him, however none were within a yard of City’s star midfielder, so Young swung in a pin point cross which Bell easily headed passed Gordon West to score the only goal of the game.
Everton’s defence continued to be suspect as Young shot narrowly wide, just clipping the outside of the post when he really should have scored, and then Kenyon almost headed into his own net as he miss-timed a header which went just wide off his own post. Summerbee also had a header which should have hit the target but went over the bar.
It took until nearly the half hour for Everton to get their only effort of the half on target, when Husband put in a fine header from Alan Ball’s corner which Joe Corrigan saved well.
Everton were a different side in the second half and really attacked City, who were perhaps, at times sitting too deep, however Joe Corrigan dealt well with anything thrown at him, and on the one occasion he was beaten by a Joe Royle header, Tommy Booth was there to clear off the line.
.