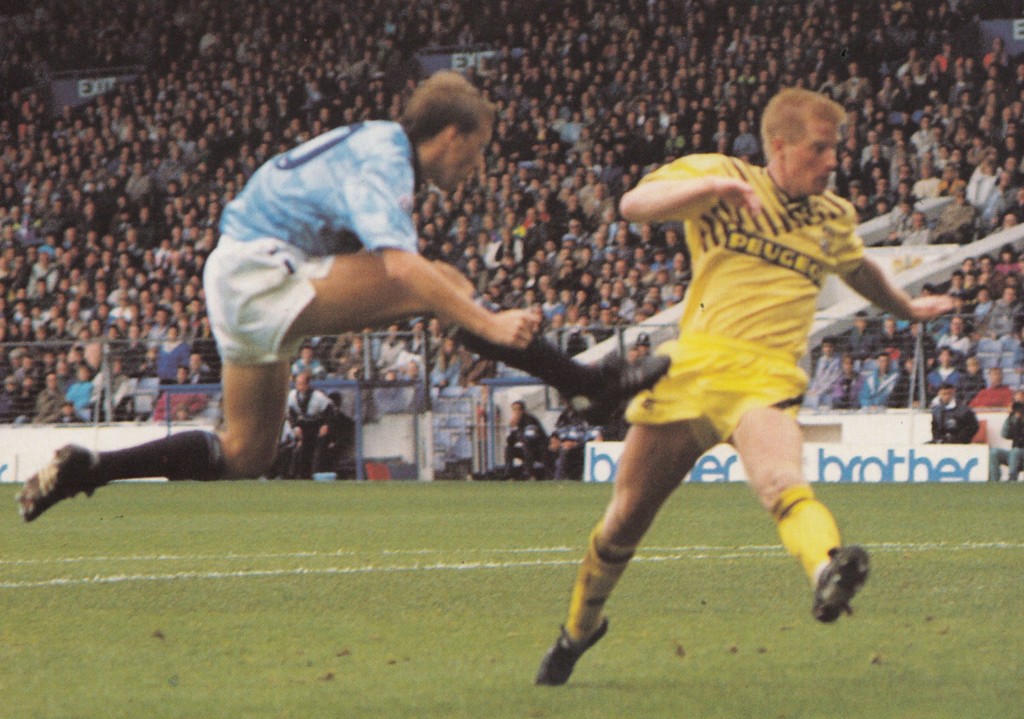 Unbeaten in the First Division since the opening day of the season, the Maine Road Blues went into a fixture against Coventry City in seventh place.
It was a comfortable afternoon for the home team. Coventry were, it was generally agreed, quite dreadful, and it was a wonder that the scoring only reached 2-0.
The visitors did not create a chance and Tony Coton could have read the morning papers as he waited in vain for serious action.
The lack of threat from Coventry must be put down to the sterling work of the Manchester defence where the back four never put a foot wrong all afternoon.
Both goals came after the half-time break. Alan Harper scored the first six minutes after the resumption, his first League goal for the Blues since his arrival from Everton the previous season.
The second was a late strike by Niall Quinn and was created for him by sub Clive Allen, who had come on for David White.
Allen provided several chances in the 15 minutes he was on the field, and Quinn shrugged off the close and uncomfortable attentions of Brian Kilcline to beat Steve Ogrizovic with two minutes left.
Even the introduction of Uruguayan international, Jose Perdomo, couldn’t help the Coventry cause. The Midlanders were considering whether to buy him from Genoa, but eventually decided against it because of a long-term ankle injury.
ADAPTED FROM AN ARTICLE IN THE CITY PROGRAMME 4TH OCTOBER 1995 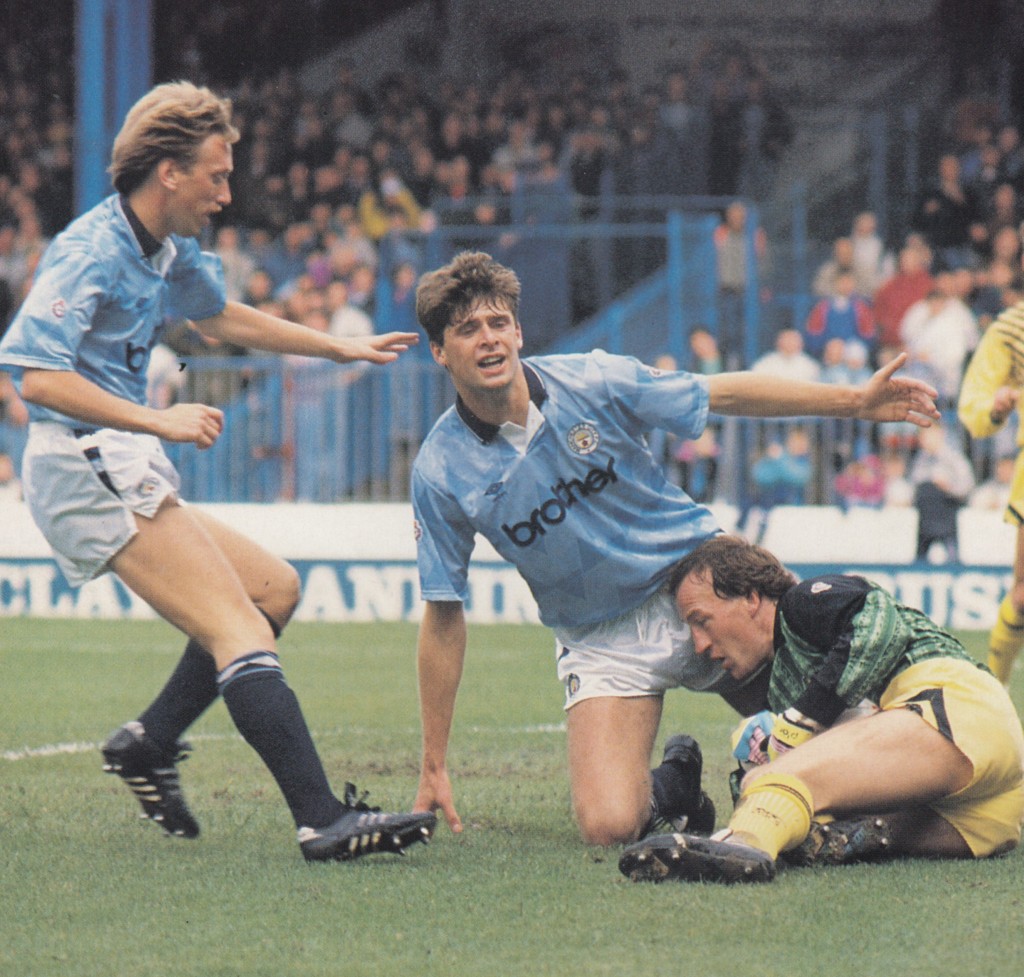 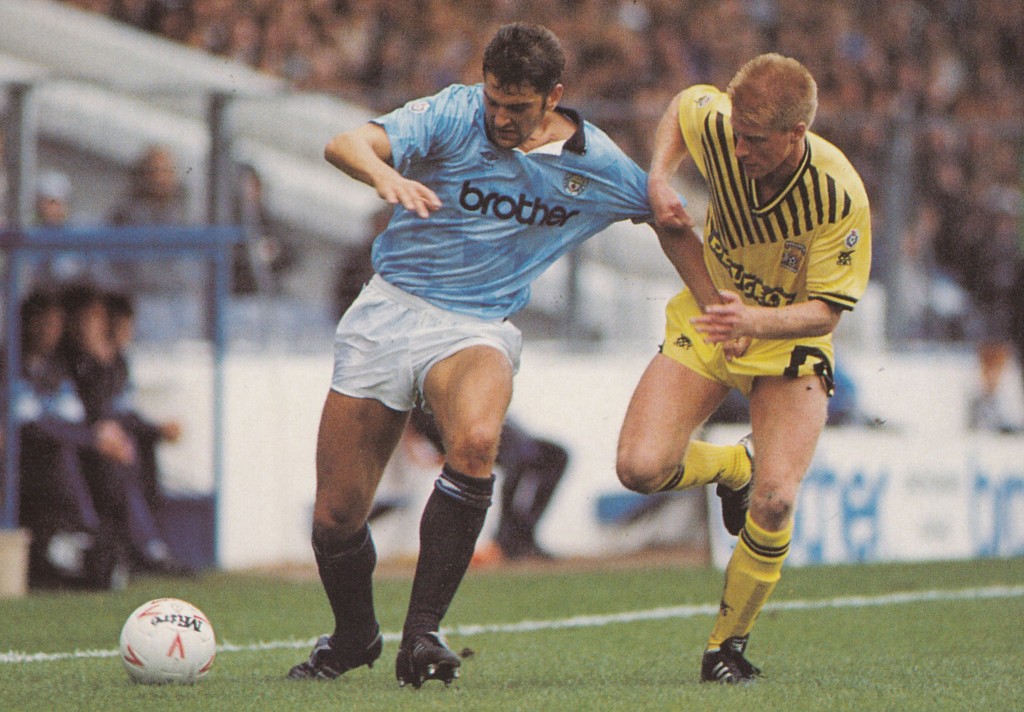 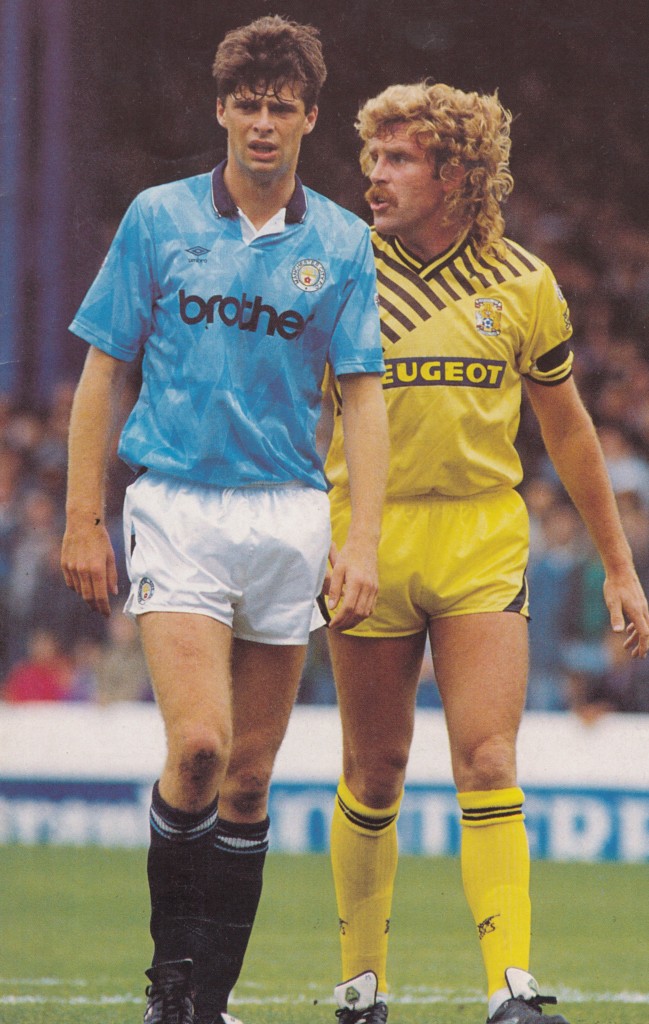