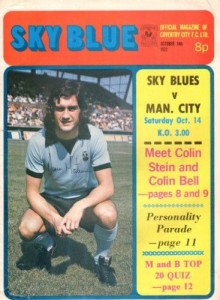 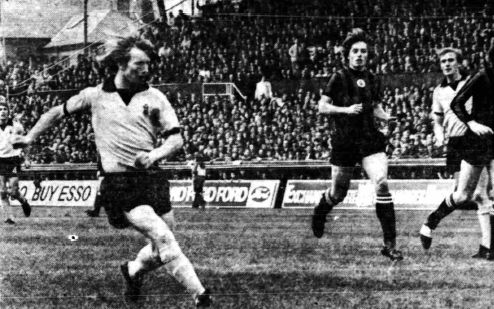 City went to Highfield Road on the back of just one win in five games, and although they competed at times, Coventry buoyed by their new signings, Hutchison and Stein, both making their home debuts, deserved the victory.
Coventry took the lead within five minutes, when Willie Carr converted a Stein pass.
Coventry made it 2-0 early in the second half with a goal from Stein, however just over ten minutes later The Citizens were level with goals from Rodney Marsh and Mike Summerbee.
Both points were secured for Coventry though, as Alderson headed in the winner.