It was an emotional night at a rain sodden Maine Road as City fans said thankyou to one of the world’s greatest players, Colin Bell, The King!
Unable to play himself due to his career ending injury, the shy hero of the Kippax saluted the fans on the pitch prior to a game which brought in around £30,000 for Colin.
Colin said “The crowd have always been good to me but to see so many here on a wet night brought a lump to my throat.” From COLIN BELL RELUCTANT HERO By Colin Bell with Ian Cheeseman
Although I knew I wouldn’t be able to play in it, my testimonial match had finally been  rearranged, so there was still one more occasion to look forward to. The game, Manchester versus Merseyside, took place on Tuesday 11th September 1979.
Joe Corrigan looked certain to miss the match because he was in Ron Greenwood’s England squad to face Denmark at Wembley the following night, but once Ray Clemence and Peter Shilton reported with no injury problems, Joe asked for permission to play.
The list of players who’d agreed to take part included City’s new signing Steve Daley, Michael Robinson and of course, big Joe, with United represented by Lou Macari, Sammy McIlroy and Martin Buchan, the player whose tackle had effectively ended my career. The Merseyside team was to include Jimmy Case, Ray Kennedy and David Johnson from Liverpool, with Brian Kidd, Andy King and Colin Todd from Everton.
I was looking forward to the occasion but was painfully aware that this would be my final farewell. It was another emotional night for me, as over 24,000 fans came to show their appreciation and say goodbye. I walked out to a guard of honour from the players and Joe Corrigan introduced me to all those who’d come to play in the game, including Martin Buchan.
As we shook hands, I wasn’t thinking about the night of the tackle, though I was later told that everyone was watching that moment closely to see how the two of us would react, since then, many people have asked me how I felt at that time. My simple answer is that i’ve never blamed him for the tackle that ultimately ended my career, so I was glad to see him again, He’d been a challenging and tough opponent, simple as that.
Manchester won the game 2-1, with the winner coming from young Tommy Caton. Apart from the reception I got from the supporters, the highlight of the evening was probably the penalty shoot-out at half-time, which featured old friends and teammates like Francis Lee and Mike Summerbee along with great rivals from United including Pat Crerand, David Sadler and my hero Bobby Charlton.
I received no insurance pay out from the club as they didn’t have a policy to protect individual players at that time and I had no personal insurance, so the £30,000 I received from the proceeds of the game, plus the profits from a lottery (to win a Lada, which was paraded around the ground) was used to start my new life away from football. 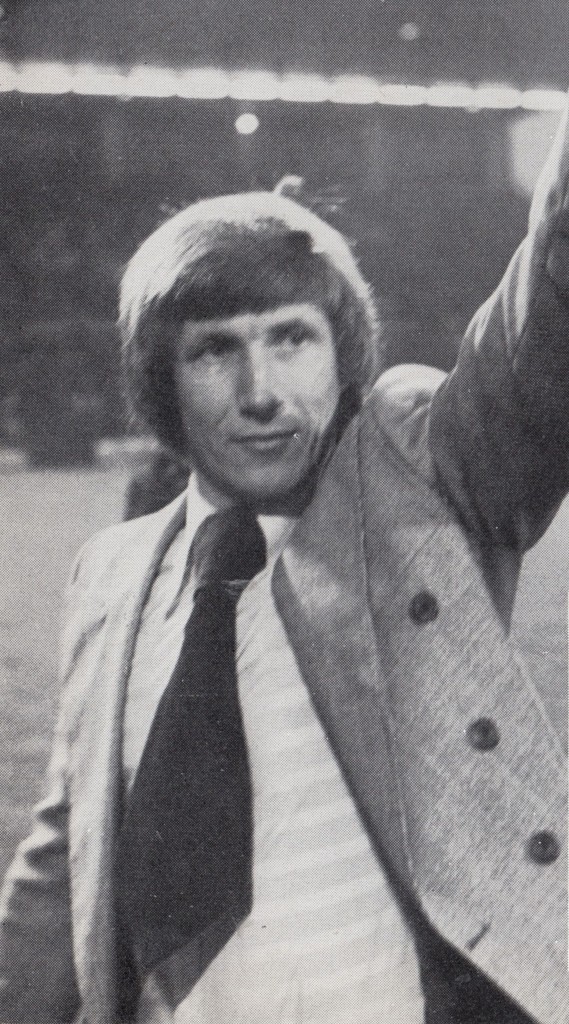