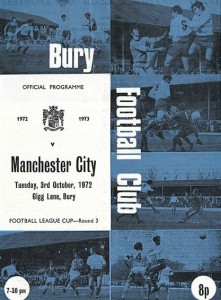 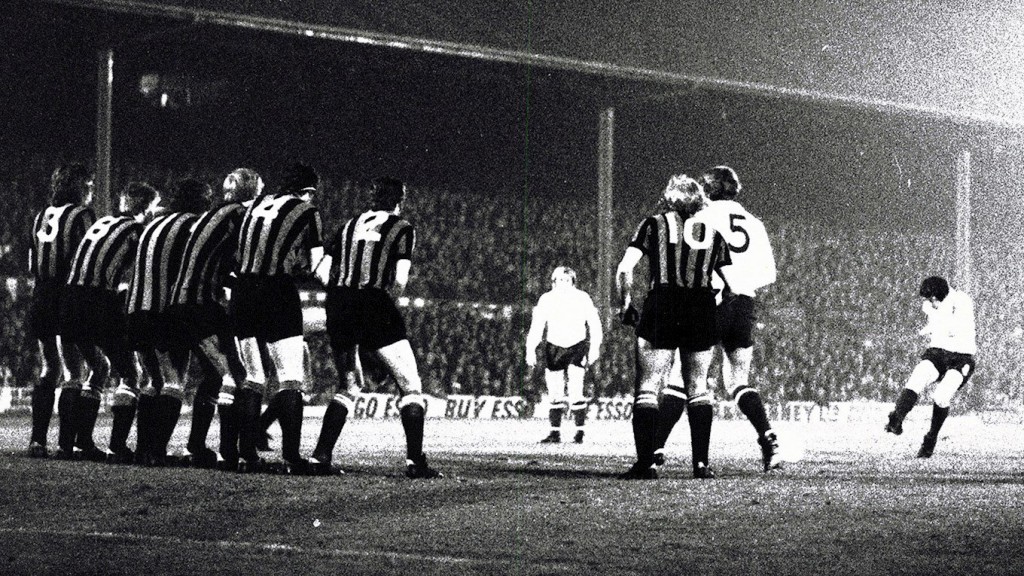 Attacking from the start, much to the delight of most of the sardine-packed spectators, Bury took an early lead when winger Hamstead nipped the ball from a scramble in front of goal and lashed his shot high into the City net.
lt was delirium for the Shakers fans, and more was to come. Within 4 minutes the hosts were further in front with teenage Glaswegian Dougherty, in only his fourth senior game for the club, picking out Murray with a precision pass. The Bury inside forward, who was to end the season as the c|ub’s second top scorer, eased his way through City’s vulnerable middle and slid the ball wide of Healey. It stayed 2-0 at half-time.
City picked up steam after the break and bombarded the Bury goal but they couldn’t get past the courageous Forrest, though their former midfield star Bell crashed a shot against the woodwork.
It was a historic night for the Fourth Division club, the first time they had accounted for First Division opposition in the League Cup competition.
FROM AN ARTICLE IN THE CITY PROGRAMME 8TH OCTOBER 1985