ALL-ACTION soccer that was deserving of a far better ending than this for City. The attack swarmed around the Burnley goal, continually being defied by the goalkeeping of Alan Stevenson and once by the woodwork when Alan Oakes hit the upright.
So the Charity Shield went to Burnley, clinched with a powerfully headed goal by centre half Colin Waldron from a Frank Casper free-kick.
City had no shortage of star performers. Denis Law displayed plenty of fire in his first game back at Maine Road as a City player. Colin Bell’s ingenuity and industry was always evident. Rodney Marsh carried a number of threats at the Burnley defence. And Mike Summerbee showed customary dash and flair, although former international full back Keith Newton never made it easy for him. Particular mention too, for some fine saves pulled off by Joe Corrigan.
It was a day when City lost, but football as a spectacle was a clear winner.
Match report from City programme 25th August 1973 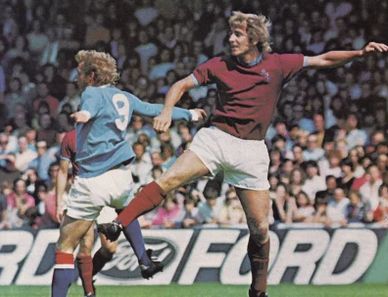 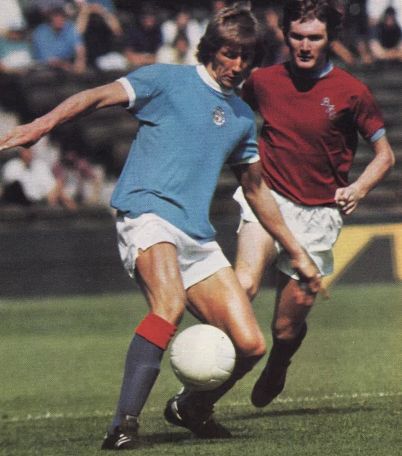