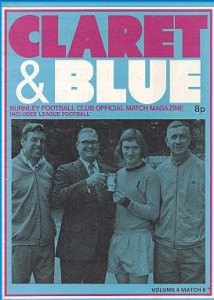 ,
For the whole team it turned out to be a particularly bad day at the office, but, being the last line of defence, the blame fell squarely on my shoulders. I freely acknowledge it was a day to forget all round, but certain things happened that left a bad taste in my mouth for years to come. We were under the cosh when Mike Doyle controlled a cross and played the ball back to me, but the pass didn’t have enough pace and. as the Burnley striker slid in, the ball went under my body and trickled towards the line. I tried to scramble back, sliding in at top speed but ended up marooned in the back of the net looking like an idiot. It was my job to keep the ball out and I didn’t care what it looked like, but the fact remained it was a goal. I kicked the ball upfield and didn’t see Mike Doyle run to the manager’s dugout, where he let it be known in no uncertain terms what he thought of me as a keeper and as a man. …We lost 3-0 and afterwards Ken Barnes told me Doyley had asked “What’s that fat bastard doing in goals for us?” It left me feeling cold towards Mike for a number of years. Adapted from Big Joe: The Joe Corrigan Story 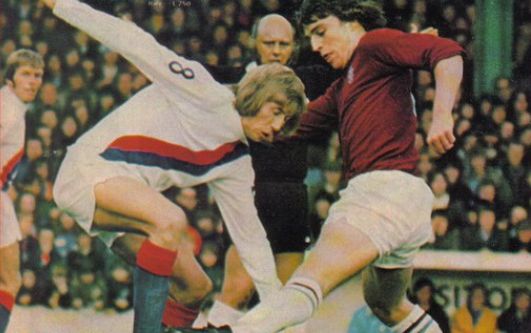